Mumbai: As new cars and 2-wheelers get registered every day, the streets of Mumbai are getting congested day by day making the commute even to shorter distance sound like hell. Not only is the commute getting longer, but with rising carbon emissions the environment too is taking a hit. But Mumbai, help is soon going to be at hand!

The Smart Commute Foundation (SCF) has taken a lead in implementing a sustainable solution to this problem. At a panel discussion held at Sofitel BKC today, SCF shared  its vision to make Mumbai the Bicycle capital of India by 2030 announcing the 6th editions of, “Get Cycloned 2019.” Ride in the city to celebrate World Bicycle Day, Smart Commute Foundation for the first time in India unveiled a road identity card for Pan India Cyclists. 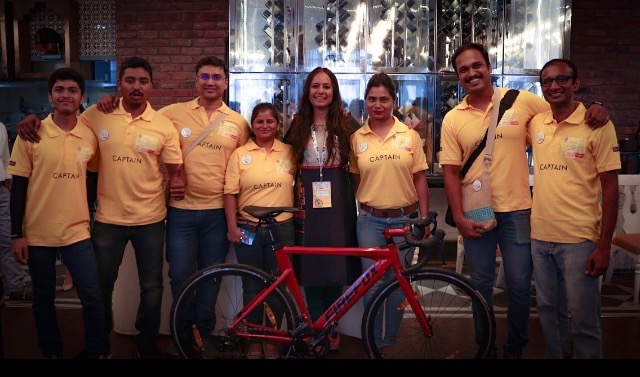 Speaking on the occasion, Ms. Firoza Suresh, popularly known as the Bicycle Mayor of Mumbai and the founder of SCF, highlighted the urgent need to adopt sustainable means of commute like cycling which is not only free but is also healthy, saves costly fuel and helps decongest city roads. She further said “The Cycle2Work culture has been growing rapidly in cities across India. The numbers have seen a sharp rise in Mumbai over the last five years. What has been encouraging for us is not just the tremendous response from Mumbaikars, but also the support we have received from MCGM, Mumbai Traffic Police and the Corporate fraternity. I feel quite confident that Mumbai will succeed in designing a cycling friendly mass transport environment for tomorrow.” 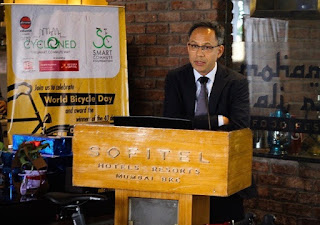 The special guest for the event was Mr. Guido Tielman, Consul General of the Kingdom of The Netherlands. Mr. Guido Tielman shared his experience of cycling on the streets of the Netherlands where it has impacted the quality of life for everyone. People not only use bikes for their daily commute, but it has also allowed them to utilize their free time better, contributing to a healthy lifestyle. He added, “We are happy to share our best practices but it is eventually India and Mumbai that has to decide what is the most appropriate model.” He firmly believes that once Mumbaikars choose to intensify the use of bikes, their quality of life will also increase considerably.

SCF has announced a 40-day commute challenge which started on World Earth Day 22nd April 2019 and runs up to World Bicycle Day 3rd June 2019 splitting across three categories of leisure, commute, and leisure commute where three winners from each category who cover the highest distance and number of trips during this period will be awarded on the world bicycle day at an event on Sunday 2nd June 2019.

To support the cycling initiative and the vision of our newly elected Municipal Commissioner Mr. Praveen Pardesi will be present to grace the occasion on 2nd June 2019 at the #Get Cycloned.