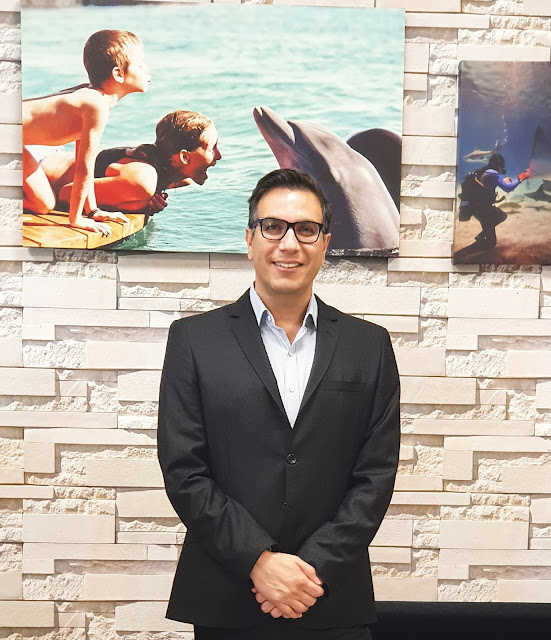 National: Israel Ministry of Tourism is pleased to announce Mr. Sammy Yahia’s appointment as the new Director of Tourism for India &Philippines markets effective 3rdJune, 2019. He will be responsible to lead the tourism board’s initiatives in India while overseeing the development of policies and strategies to strengthen Israel’s reputation as a world-class tourism and travel destination.
A champion marketer by profession, prior to his appointment to India, Sammy was the Director of Marketing &Communications for Israel Ministry of Tourism from 2012 to May 2019.During his tenure there, he was awarded ‘Employee of the Year - Civil Service Commission’ and a certificate of appreciation from the Minister of Tourism and the Director General for his valuable contributions. With an MBA in Marketing and Communication from the University of Derby, Mr. Sammy Yahia also completed his BA in Social Sciences, Sociology and Anthropology from the Hebrew University of Jerusalem.
The new Director brings great expertise and know-how to the role with extensive and holistic experience in tourism marketing, strategic government relations and investment facilitation. He will be instrumental in integrating the ideologies of the Israel travel industry with the Indian market to facilitate effective marketing strategies for the destination in India. Being at the helm, Mr. Sammy Yahia will help maximize all opportunities to achieve continued growth in tourism arrivals from India.
Commenting on his appointment, Mr. Sammy Yahia said, “I am delighted to take on this new position and look forward to working closely with various partners in India by building on existing partnerships alongside initiating new ones. India has a rich heritage, culture and history, similar to Israel, and is an exciting market for me to take charge of. I foresee ample opportunities for us to push boundaries and reinvent the ever evolving and dynamic Indian traveller”.
While talking about his vision for the India office, he added, “The arrivals from India have amassed expectations in the last few years to present some record-breaking numbers. While keeping the current momentum going, the goal is to place India as one of the top global source markets for Israel. Besides the metropolitan cities, continuing to capture Tier II cities would be the strategy to lure travellers to consider Israel for a leisure holiday offering dynamic experiences catering to varied interests. Having said this, our office will aggressively work towards increasing connectivity between India & Israel by introducing new airlines to service the route”.
Mr. Hassan Madah has headed the Israel Ministry of Tourism’s Office in India office for over 6 years, starting in October 2012. He began his journey overseeing the outbound tourism from India to Israel and opened the Israel Ministry of Tourism India Office in Mumbai in August 2015. During his tenure, he has grown to love and understand the country and has developed effective and long-lasting ties with media houses, travel trade, airlines and more. With many accomplishments to his credit, Mr. Hassan Madah successfully achieved consistent growth from approximately 35,000 arrivals from India in 2014 to almost 71,000 in 2018. He moulded the perception of Israel from mainly being a pilgrimage country to a thriving leisure destination and ensured both segments flourished simultaneously. Under his leadership,  companies like HDFC, Glenmark, UTI, Reliance, Yokohama Rubber Company, BMW, Porsche and Bombay Industrialist’s Association (BIA),among many others, have completed large scale MICE movements to Israel. Several visa, reforms like reduced documentation for FIT visas and Fast Track visa processing, were introduced during his tenure, while the historic direct flight of Air India from New Delhi to Tel Aviv commenced last year as well. In addition, Arkia, an Israeli Airline, announced direct flights to be launched from Goa and Kochi to Tel Aviv in September this year. Another highlight of his term is the first Bollywood Production, Drive (movie of Dharma Productions starring Jacqueline Fernandez and Sushant Singh Rajput)which was shot in Tel Aviv and Jaffa in 2017. He also initiated the visits of various well-known celebrities to Israel including Sonam Kapoor Ahuja and Disha Patani, among others.
Commenting on his term of office, Mr. Hassan Madah said, “Living in India is unique from other places in the world.  Travelling around the country I have met many people and experienced the diversity here, where every part has something special to offer. In my travels, I have had the opportunity to develop a rapport and work with leaders in the travel industry to change the perception of Israel to a leisure destination, which has led to many tourism developments including 103% growth in arrivals to Israel from India in the last 5 years. Travel partners including member from travel trade, social influencers, and even Bollywood have travelled to Israel and found the country to be a vibrant destination with so much history, diverse culture and landscape they shot a scene in Tel Aviv. With Air India starting the direct flight from New Delhi last year and more airlines showing interest in connecting India with Israel, I am certain there are many great things that are in store for tourism between the countries. I am honoured to have had the opportunity to live and work in such a dynamic country with such warm and welcoming people and I am certain that Sammy will feel at home in India.”.
With the appointment of a new Director, Israel Ministry of Tourism hopes to surpass their achievements of last year – a whopping 21% increase in Indian tourist arrivals elevating India to the 12th position among top source markets for Israel worldwide.