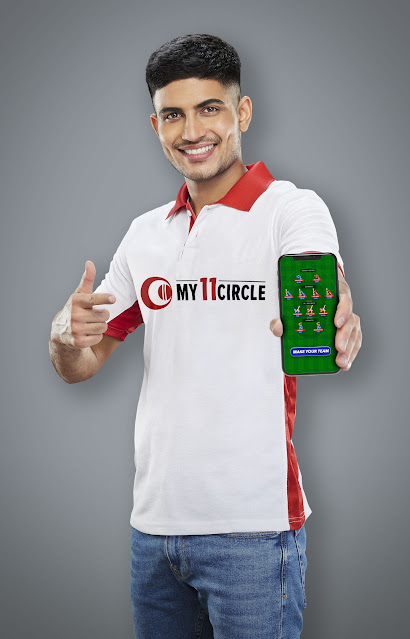 Commenting on the association, Bhavin Pandya, Co-Founder and CEO of Games24x7 said, “We are thrilled to welcome Shubman Gill and Ruturaj Gaikwad to the My11Circle family. With an impressive track record, Shubman and Ruturaj have created a distinct position for themselves in the Indian batting line up. Their performance on field resonates with My11Circle's performance off-field where the brand has carved a spot for itself in fantasy sports within a short span of time, witnessing a 100 per cent growth last year. One of the reasons for our success has been our ability to engage and connect with the enthusiastic Indian cricket fans by valuing and rewarding their skill and passion.”

Shubman made his entry in the Indian Cricket Team at the back of a triumphant run at ICC Under 19 World Cup in 2018. In the upcoming IPL season, he is being touted as one of the key players to watch out for. Speaking about this engagement, Shubman Gill said, “I'm very excited to be a part of My11Circle, a platform that offers access to so many people around the country to deeply engage with their favourite sport.”

Ruturaj’s talent came to limelight when he scored 444 runs in only seven matches in the Vijay-Hazare 2016-17 tournament. Gaikwad was the leading-run scorer/orange cap holder in IPL 2021. Commenting about his association, he said, “I’m really honoured to be part of such a wonderful fantasy sports platform and privileged to join my fellow mates Shubman and Siraj as a brand ambassador of My11Circle.”

Cricket fans are the centre for My11Circle’s innovative offerings that have redefined the online skill-gaming industry. To further strengthen its association with the sport, My11Circle recently signed-up with RP-Sanjiv Goenka Group’s Lucknow franchise; called the Lucknow Super Giants as the official title sponsor. The three-year deal will see the fantasy platform’s logo featuring on the newly introduced IPL team jersey.