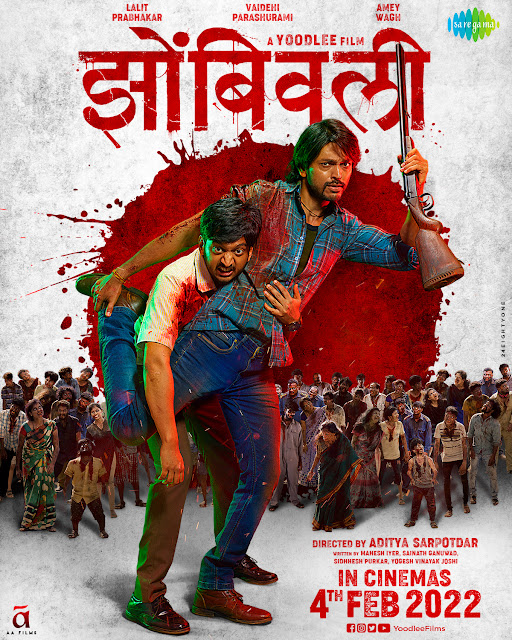 Finally, that day has come… The day to witness the Zombies for the first time in Marathi on the big screen! Yes, you all guessed it right. We are talking about the Marathi film ‘Zombivli’. This New Year in 2022, be ready to entertain yourself with the first ever Marathi horror comedy film featuring zombies - ‘Zombivli’ directed by filmmaker Aditya Sarpotdar.

Today the director and star cast comprising of Amey Wagh, Vaidehi Parshurami, and Lalit Prabhakar announced the  release date of the film through Instagram Live. Produced by Yoodlee Films ‘Zombivli’ will now release on 4th February 2022 in theatres all over Maharashtra.

All Marathi film lovers and fans are elated with this announcement as they were keenly waiting for the film to release ever since the teaser of the film that released earlier this year had created great excitement and curiosity amongst them . So, let's get ready to witness this complete entertainment package on 4th February 2022 in theatres.!.