Mumbai, April : India’s leading organisation specializing in Diabetes Reversal - Freedom from Diabetes (FFD) has recently crossed another milestone by helping over 12,000 diabetics to become free from dependency on insulin or diabetes medicines. India has been identified as the diabetes capital of the world that has been witnessing an exponential increase in the number of individuals becoming affected by it year on year. Today, more than 77 million adults in the country are living with diabetes and the numbers are estimated to increase to 134 million by 2045. Since 2013, Dr Pramod Tripathi - Founder of FFD and the pioneer of diabetes reversal in India has been making efforts to raise awareness, educate and eradicate myths on diabetes, and on this World Health Day, FFD is aiming to free 100,000 diabetics by 2025.

“The biggest challenge is that a large number of individuals are unaware about their condition. It is estimated that 57 per cent of diabetes cases remain undiagnosed. This is particularly concerning because the risk of serious complications increases when the disorder remains neglected or is not treated in time. We’ve helped over 12,000 individuals reverse their diabetes so far and it’s a major milestone for us, but we still have a long way to go from here. Over the last decade, we’ve been on a mission to raise awareness and educate people about diabetes. Today, on the occasion of World Health Day, we aim to free at least 100,000 diabetics from dependency on insulin or diabetes medicines or both by 2025,” says Dr Pramod Tripathi, Founder, FFD. 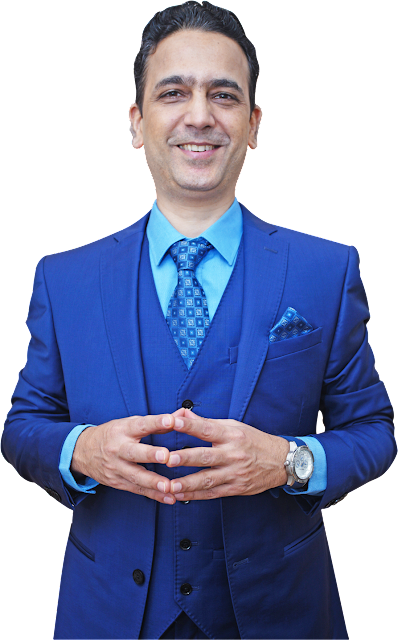 A recent study has indicated that the total annual expenditure by patients on diabetes care on an average was Rs.10,000/- in urban areas and Rs.6,260/- in rural areas. Also, the cost of treatment increases along with the duration. The average life-time cost of all drugs used in diabetes management is estimated at Rs.19,45,135. While most direct medical cost is borne by an individual, indirect cost including loss of productivity and increased burden on health care is borne by the Government.

“The lifetime risk of males developing diabetes from the age of 20 years is 55.5 per cent. In females, the figure is 64.6 percent. However, lifetime risk does decrease as people get older. Diabetes which was known to afflict older adults, is now striking at young Indians at an alarming rate. One in every four youth suffers from diabetes today. Although younger individuals do not need insulin to survive, they are at greater risk of developing life-threatening complications like kidney damage and heart diseases, than individuals who are insulin dependent. Whether diabetic or otherwise, the objective for every human being should be to attain a healthy mind and body. Once we start working towards this, we can achieve anything, including reversing diabetes. On World Health Day, we implore everyone and not just diabetics, to embrace lifestyle choices that will benefit health in the long term,” concludes Dr Tripathi.

Since 2013, FFD has helped over 12,000 diabetics free themselves from dependency on either insulin or medicines or both. Of these, 1796 are totally free from administering insulin, 9507 are completely non-dependent on medicines and 897 are free from both. Last year, FFD helped a whopping 206 individuals clear the Glucose Tolerance Test (GTT) and 164 individuals cleared the Impaired Glucose Tolerance Test.

About FFD: -Freedom from Diabetes (FFD) is a culmination of its founder - Dr Pramod Tripathi’s long and wide-ranging quest for diabetes reversal. Dr Tripathi’s single-minded focus on reversing diabetes led him to study varied disciplines, including Allopathy, Ayurveda & Yoga, Meditation, Neuro-Linguistic Programming, and Healing. FFD has helped over 12,000 diabetics to become totally free from insulin or diabetes medicines, over 2000 individuals have successfully reduced at least 10 kg, and has freed close to 1500 individuals from consuming cholesterol tablets and another 700 from hypertension tablets. FFD’s multi-faceted program is reflected in the multi-disciplinary nature of its team which includes a variety of experts, including doctors, mentors, and experts in diet, exercise, and stress-release, tech-innovators, and support staff to ensure operational excellence.