MFA Women Leagues to start from May 1 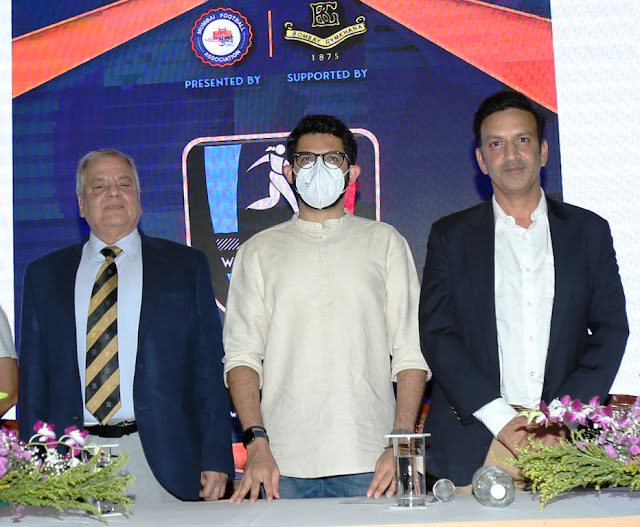 Mumbai, April 21:The Mumbai Football Association (MFA) in its sustained efforts to encourage and promote football among the girls and women from Mumbai has decided to organise two separate women football leagues in two divisions from the 2021-2022 season.

The association will conduct a MFA Mumbai Women’s Premier League, for Mumbai’s established teams/clubs that are already participating in the AIFF IWL (Indian Women League) competition. To provide a platform for upcoming teams/clubs from the city, the MFA will conduct the MFA Mumbai Women’s Super League, which basically is a second tier competition.

“We want to encourage more and more women to come and play football, or any other sports. But, since we head the MFA and since we are working with football, we are trying to get more women to play the sport and give them more scope to play. For any girl or boy in a playing age what is more crucial is the amount of games that are given to him or her and the opportunity to play, that is what the intention is behind all this,” explained Thackeray.

Bombay Gymkhana, which has a rich sporting history and always has encouraged various sports and sportspersons, has come forward to join hands and support MFA in hosting the MWSL.

"I thank the Bombay Gymkhana and all stakeholders for their support to help develop Women’s Football," Thackeray further stated.

Both the MWPL and MWSL are scheduled to commence from May 1, 2022. The top-tier league would be played over the weekends on Saturday and Sunday at the Neville D’Souza ground, Bandra. The MWSL will be played at the hallowed Bombay Gymkhana ground with matches to be played from Monday to Friday during the duration of the competition.

A total of 8 clubs will battle it out for supremacy in the MWPL which will be played on a league basis. The teams that would be seen in action are – Bodyline SC, FC Mumbaikars, Footie First FC, India Rush SC, Kenkre FC, Mumbai Knights FA, PIFA Sports FC, South Mumbai United.

In the MWSL there are 16 teams that would be vying for the top honours.