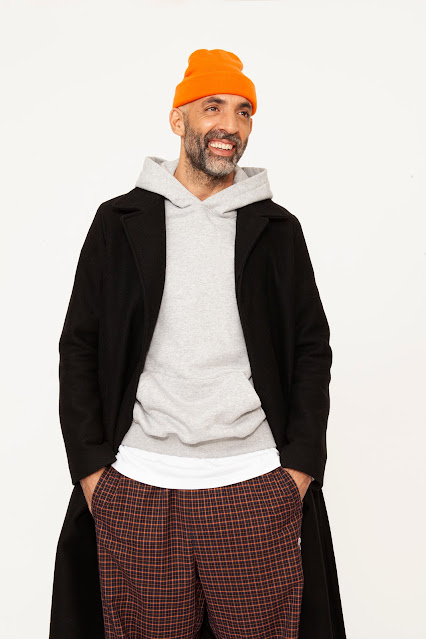 Mumbai, 20th April 2022: antiSOCIAL in association with @gentlyaltered are all set to host DJ, producer, co-founder and member of the band Chinese Man, Matteo (Zé Mateo) at the venue on 22nd April 2022, 8 pm onwards. Matteo is currently on his India tour and has already enthralled his audiences in Delhi and Pune. If you love hip-hop and electro music, then don’t miss out Matteo’s exceptional music produced and merged by him!

The gig will also host Sharan Punjabi and Raghu Vamshi, the producing duos of Tansane. The aim of Tansane is an inquiry, into the combination of characteristic spirits of musical cultures from different eras. The name of the band was chosen to pay homage to one of the greatest Indian musicians of antiquity, Mian Tansen, who was one of the nine gems of Empreror Akbar's court.

About Matteo (Chinese Man): Organic DJ, producer and co-founding member of the group Chinese Man, MATTEO oscillates between Hip-Hop and Electro, South America, India and Turkey, the sounds of yesterday and the refreshing nuggets of today.

2018 saw the release of his first solo album entitled "SCAGLIA"! On this occasion, he began a DJ Set tour in France, in the various European capitals (Berlin, London, Rome, Madrid, Istanbul, etc) but also in the four corners of the world (India, Canada and Japan).

MATTEO gives himself a mission on each of its SETS, to immerse us in an eclectic and singular universe in order to get lost in order to better celebrate and dance with the intoxicating vibrations provided by the music!

About Tansane: Tansane is a producer duo comprising Sharan Punjabi and Raghu Vamshi which began in October, 2015. Currently working on their debut live set, Tansane released the first six tracks from their debut EP - A Series Of Happenings in June, 2017 in collaboration with multiple musicians. Tansane has also been performing their Dj sets with a solo performance module since early 2015.

The aim of Tansane is an inquiry, into the combination of characteristic spirits of musical cultures from different eras. The name Tansane was chosen to pay homage to one of the greatest Indian musicians of antiquity, Mian Tansen, who was one of the nine gems of Empreror Akbar's court.

Tansane strives, to find new and innovative production and performance techniques to blend together melodies, harmonies and time signatures into a soundscape that has the listener undertaking a journey through the music, and thereby experiencing it's ability to transform and translate the various nuances of reality. Tansane has an important role for technological advancements in their music production techniques and the resulting ability to work with sound and music to create something new and dynamic. Using these various techniques and influences, Tansane strives to create it's own signature sound through avant garde endeavors which showcase the various theories, and subtleties of musicians who have, and continue to pave the way for music to be an artistic reflection of human culture, and one of the few ethereal remnants of creativity in the sands of time.