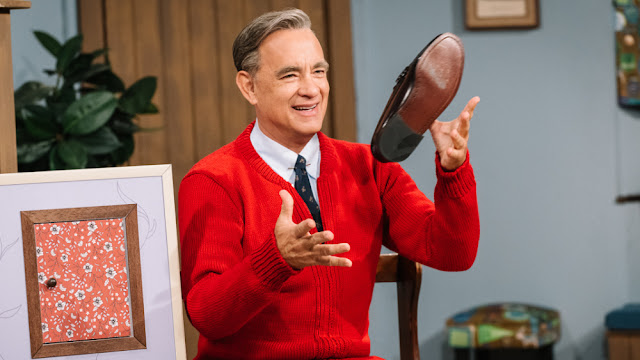 by Shrutee K/DNS
Tom Hanks, who won two consecutive Oscars for “Philadelphia” and “Forrest Gump” in the ’90s. Tom is nominated for Best Performance by an Actor in a Supporting Role for Oscar 2020. On January 13th Tom Hanks received his first Academy Award nomination after 19 years for his portrayal of children's television creator Fred Rogers in the drama “A Beautiful Day in the Neighborhood.
On his nomination he said, 'I'm honoured to be included with the calibre of actors such as Anthony Hopkins, Joe Pesci, Al Pacino, and Brad Pitt. It will be a grand night.'
On the movie, Tom Hanks estimated that he watched "about 8 million hours" of Mister Rogers programming.  "I saw every one that I could possibly see". He explains “this challenge was different….When you are not delivering a punch line and you're just trying to re-create who the man was, and the way the man thought, well, you end up starting over from whole cloth,"
The actor has won twice, but has not been nominated since 2001. He previously was nominated for performances in Cast Away (2001), Saving Private Ryan (1999) and Big (1989). Hanks won back-to-back Oscars for his work in Philadelphia (1994) and Forrest Gump (1995).
The actor said getting nominated for Oscars is "the same wonderful moment". "You know, you always -- you want to go to the pancake breakfast, you know? You want to be invited. You want to make the playoffs. And when the numbers come in and your peers are actually the one who give you that nod, I bow down and in humble submission to Divine Providence," said Tom.
The 92nd Annual Academy Awards is set for Sunday, February 9 at the Dolby Theatre in the Hollywood section of Los Angeles. The award gala will be aired live on Star Movies on February 10 morning in India.