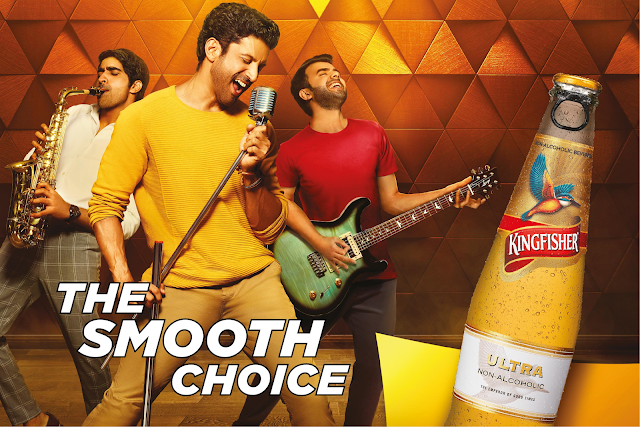 17 January 2019, Bangalore- United Breweries Limited announced Farhan Akhtar as their Brand ambassador. The multi-talented artist will be seen in an all new Kingfisher Ultra campaign.

Kingfisher Ultra is one of United Breweries most successful brands. Over the years it has come to be loved and accepted by millions of consumers for its refined taste and its uniquely classy packaging. Ultra is a brand build over the years by way of its various prestigious associations in the world of fashion, music and sports. Kingfisher Ultra under its YouTube channel ‘Cheers’ has reached out to its large base of fans with its very relatable content in the form of multiple web-series showcasing ordinary people discovering extra-ordinary journeys.

Farhan Akhtar is a director, a screenwriter, an actor and a musician. Farhan’s versatility, suave and sophistication along with his energy is an apt synonym to Ultra’s brand ethos and values. He is an excellent addition to the Kingfisher Ultra family.” 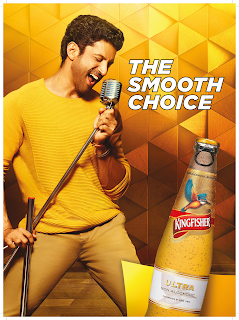 Collaborating with Farhan Akhtar to bring alive this belief, the Kingfisher Ultra film showcases Farhan’s multifaceted personality which embodies the brand message quite clearly. The film presents three successful professionals including the protagonist Farhan Akhtar, who are defined not just by their profession, but their passion too, and for such people, Kingfisher Ultra is the Smooth Choice. Expressing his pleasure on the news, Mr. Gurpreet Singh, Head Marketing, United Breweries Limited said, “Kingfisher Ultra recognizes that the millennials and generation Z are driven by many passions and don’t want to be bogged down and be defined only by their professions. They want to follow their dreams, pursue their passions alongside their careers and thereby lead a more balanced life. Kingfisher Ultra recognizes this cultural shift and wants to encourage its consumers in this endeavor of theirs. This drive for wanting to achieve more and being multi-faceted resonates very well with Farhan Akhtar’s personality and public persona”.

Commenting on the association, Farhan Akhtar opined that “United Breweries Ltd. as an enterprise are pioneers in creating unique memorable narratives and experiences for their widespread diverse group of consumers, through their popular beverages and associations. I have always aspired to lead my professional and my passion with equal amounts of zeal. Associating with Kingfisher Ultra, a brand that endorses the same ideology is exciting and enriching at the same time”.

About Kingfisher ULTRA: Kingfisher ULTRA, the Emperor of Good Times was launched in September 2009. A high-end brand from United Breweries, ULTRA assures consumers the best quality, taste and the most differentiated experience across every touch point. Kingfisher ULTRA is made from the finest imported malts and hops which have a distinctive taste. The packaging is unique with an embossed flint bottle, ring pull crown, gold metalized neck and front label.

The brand has based its activations on prominent genres like fashion and music. Apart from these, Kingfisher ULTRA has also launched various other activations and promotions across all points of sale which have met with positive responses amongst its consumers. It is a beer for the classy, modern, urban, confident, independent and self-assured consumer. It is for those who want the best and deserve the best. It is currently available in all major cities of the country.