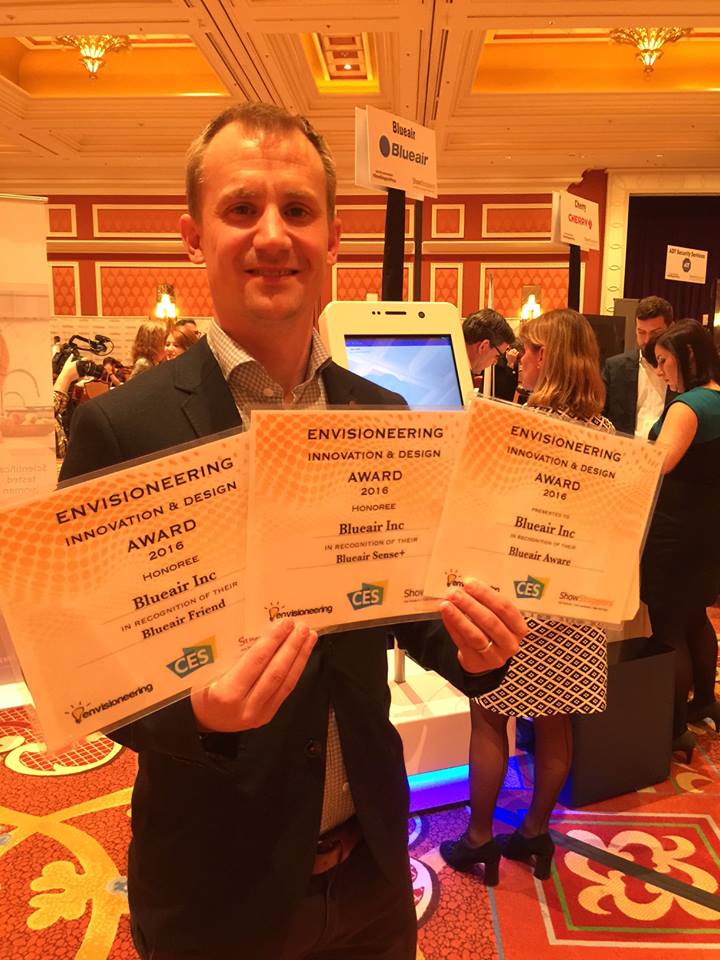 Bengt Rittri, Founder and CEO of Blueair said, “Being honored with the CES awards showcases our long history of cultivating strong R&D in air purifiers and bringing it to the market to enhance people’s health and wellbeing.” “Blueair Sense+” and “Blueair Aware” connect to the “Blueair Friend app” to provide a detailed view of indoor pollution. The Friend app also gathers data on an hourly basis from thousands of gauging stations in over 100 countries to deliver trustworthy information on local outdoor air quality.

Vijay Kannan, India Head of Blueair said, “The most intelligent air purifying system will be available soon in the stores across India. We are set to launch these amazing products at a time when air pollution has become a major concern in the country” Blueair’s visionary new technology is the world’s first smart, fully connected, fully working indoor air monitoring, control and purification system. It puts consumers in control of the air they breathe at home, work and play, thus removing up to 99.97% of contaminants. The connected Sense+, Aware and Friend means homeowners and businesses can enjoy indoor air free of allergens, chemicals, odors and dust particles, without the need to worry about it.

About Blueair
Sold in over 60 countries around the world, Blueair delivers home and office users clean indoor air for enhanced health and wellbeing faster than any competing air purifier. Thanks to its high-performance tech­nology, energy economy, and eco-friendly design, a Blueair air purifier works efficiently and silently to remove up to 99.97% of allergens, asthma triggers, viruses, bacteria and other airborne pollutants. http://www.blueair.com

About Envisioneering
Envisioneering is world-renowned for its objective assessment of new technologies, products and services, along with the talents who propel them to market. Envisioneering’s analysts are frequently quoted by print, web and video media for their assessments of “what’s next” in technology benefit, fun and value.