“Central Bangkok” the new landmark in the heart of the city 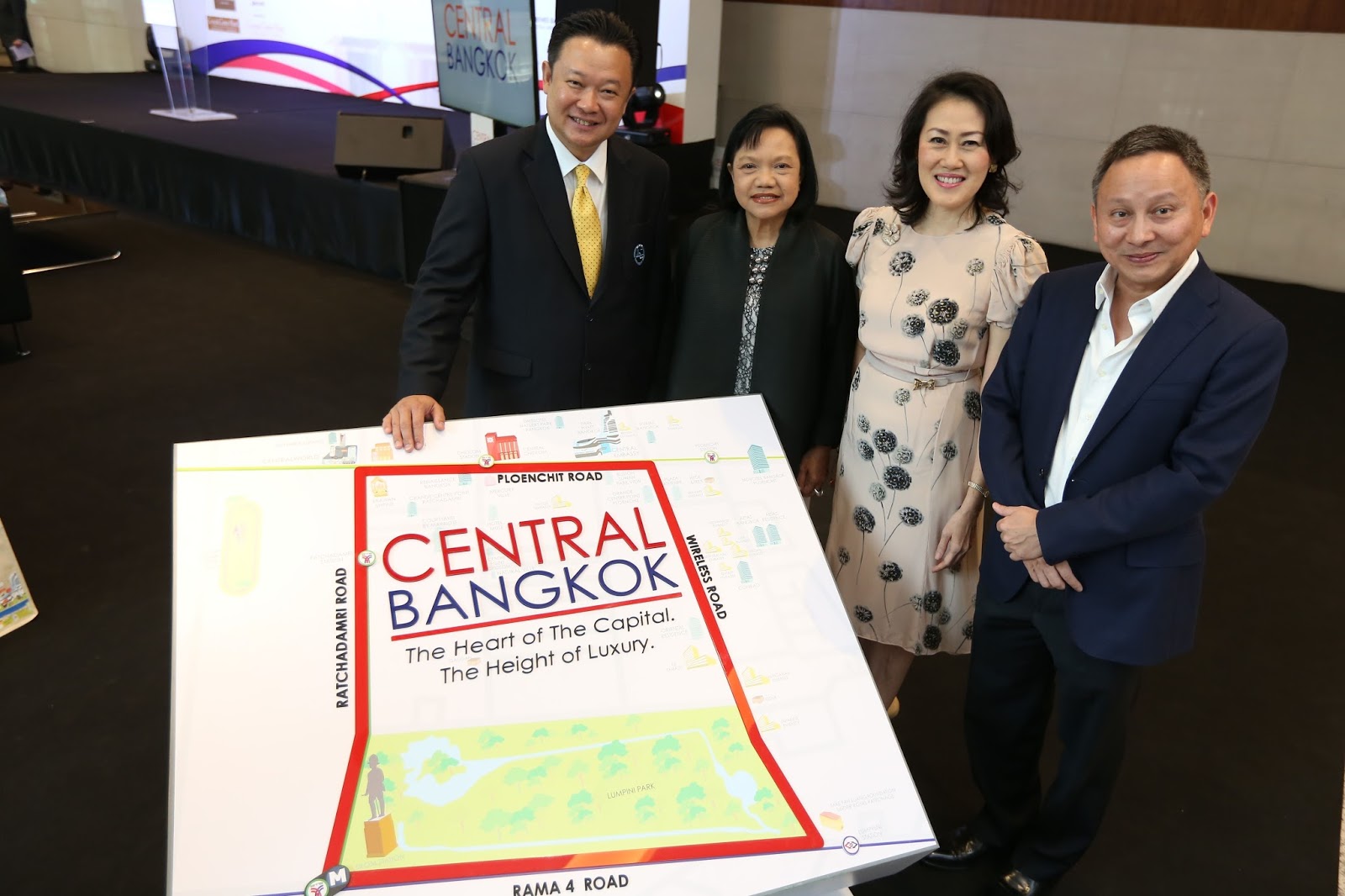 Bangkok Metropolitan Administration, Tourism Authority of Thailand have joined forces with the private sector to announce the Central Bangkok area, the premium centre of economy and tourism in the heart of the Capital of Thailand. The zone covers Ploenchit, Ratchadamri, Wireless and Rama IV roads. It will be a centre for all, responding to all lifestyles. The all in one centre consists of the hi-end malls and department stores, best restaurants, the 5-6 stars hotels, luxury spas, top Thai branded products shops, leading entertainment complexes, the historical holy statues, public parks, office buildings including financial institutes. The budget of one billion baht will be spent for the big event activities. Begin with the Central Bangkok Lighting Festival that will make the Central Bangkok area the City of Light, with millions of light bulbs all over the place, shining bright all the way. That includes other activities throughout the year 2016. It is expected that after the events held to promote the Central Bangkok area, the number of tourists visiting Thailand, especially in the Central Bangkok zone, will increase to 1.2 million a day, up from 1 million, an increase of 20%.

Miss Busaba Chirathivat, the representative of entrepreneurs in the Central Bangkok area, said that on behalf of the network of private entrepreneurs, we have intention to make the Central Bangkok area the heart of Bangkok. It is like all the famous major cities in the world where they have a zone in the heart of the city which plays its part as the capital of the economy, trading, fashion, lifestyles and culture. Likewise, in the UK’s , they have Central London, in the USA, they have Central Park and the Fifth Avenue of New York.

Central Bangkok is therefore a area that is like the heart of the economy and the premium tourism with a high potential purchasing power. It is the heart of the Capital, the height of luxury, covering four main streets of Bangkok — Ploenchit, Ratchadamri, Wireless and Rama IV roads. Geographically, the area is the number one prime location of Bangkok located in the centre of the Capital city. The hi-end residential and commercial buildings and the high value properties are located in the zone where the land prices are at the top level. The value of economic activities in the zone generated by the hi-end businesses are at the top level as well. Moreover, it is the transportation hub of the country that connect all the network together. With all these reasons,  Central Bangkok therefore becomes a significant part of the Thai economy, especially for the tourism industry.

The area is bordered by luxury residential buildings, hotels, apartments, shopping arcades, restaurants including premium hospitality and entertainment complexes (spa, hair salons, theatres, nail care shops, fitness, and public parks). It is a place where visitors can roam all day long without getting bored. It comprises of more than 30 luxury hotels such as The Plaza Athenee Bangkok, Swissotel Park Nai Lert, Sivatel, Novotel, including Park Hyatt hotel which will open in the late 2016. There are over 30 residential buildings and condominiums, six world’s renowned places for worship, four public parks and seven malls and department stores, namely Central World, Zen, Central Chitlom, Central Embassy, Gaysorn Plaza, Isetan and Amarin Plaza. The number of tourists visiting the zone is not less than one million a day. The highest number of tourists come from China, followed by the Middle East, Russia, Hong Kong, Malaysia and India respectively.

To attract a greater number of tourists to the Central Bangkok, business operators in the district are jointly launching a series of colourful, entertaining events, starting with the Central Bangkok Lighting Festival to officially introduce this special zone. The Festival will light up the heart of Bangkok with millions of illuminations decorated along the four roads to welcome the Christmas-New Year festivities. The second event will be the Light Up Christmas Tree Celebration in the plaza in front of CentralWorld, where a 30-metre Christmas Tree, the tallest in South East Asia, stands impressively and surrounded by giant copyright Disney figures, perfect for visitors to have fun taking pictures. The events to follow are the Thailand The Kingdom of Light in the Ratchaprasong area; The Palace of Light lighting displays on the exterior of Central Embassy and Central Chidlom department stores as well as along the 500-metre pavement from the Wireless (Wittayu) Intersection to Chit Lom Intersection; the Amarin X’Mas Playbox 2015 in front of Amarin Plaza; the Central Bangkok Big Cleaning Day inviting the public sector and general public to spruce up the area; and the New Year countdown events to take place at different spots, including the Bangkok Countdown 2016 at Central World, which has been one of the world’s most popular places to celebrate New Year’s Eve, and The Winter Ville Countdown 2015 on the fifth floor of Central Embassy, where participants can chill out and enjoy the nice views, food and drinks and music.

The private sector will also collaborate with the Tourism Authority of Thailand (TAT) and the Bangkok Metropolitan Administration (BMA) in organising seven or eight big events throughout 2016. The collaboration is aimed at attracting a greater number of foreign tourists to the kingdom, promoting the tourism sector and the overall economy and at the same time establishing Central Bangkok as a landmark for tourism.

Ms.Pranee Sattayaprakob   -  Director         Culture, Sports, and Tourism Department, BMA, said the capital has been the centre of Thailand’s governance, transport and logistics, commerce, communications and progress. Recently it has been tipped to be Asia’s most popular travel destination and the world’s second top destination after London, according to the 2015 MasterCard Global Destination Cities Index. This is thanks to a vast array of hospitality facilities, leisure activities and unique religious places that can fully satisfy the diverse interests of international visitors.

He added that the private sector’s effort to create the Central Bangkok would help to earn more recognition for Thailand as a tourism destination while also strengthening the image of Bangkok as a fascinating city and playing an important part in making people across the world feel safe to travel to the country and the city.

As competition in global tourism becomes increasingly intense and the Asean Economic Community (AEC) integration will officially come into effect next year, Thailand needs to strengthen its network of alliance and prepare itself to welcome the tourists with high-spending power and maintain its visitor base so as to keep its tourism and hospitality sectors growing.

The launch of Central Bangkok underlines the capital’s advancement and amenities as well as the strength of the area along Ploenchit Road, Ratchadamri Road, Rama IV Road and Wireless Road, where a complete range of accommodations, luxury hotels, markets, shopping centres, restaurants and entertainment venues ensures a rich experience and allows local and international visitors to spend all day in pleasure.

In addition to spurring Thailand’s tourism sector and the economy, the Central Bangkok zone is aimed at becoming a must-visit premium destination for global travelers.