17,000 plus Participants was lace up for the Inaugural Edition of the Maharashtra Police International Marathon 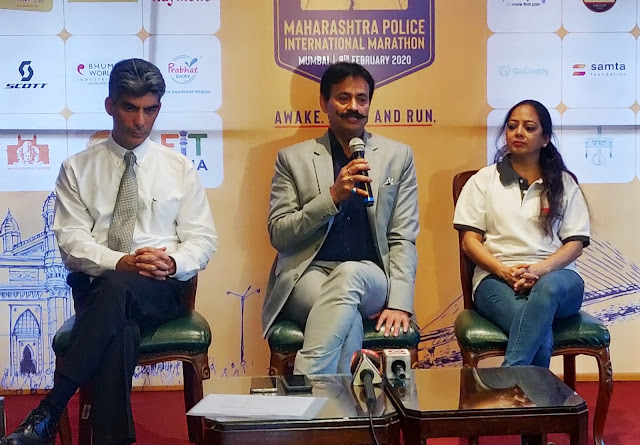 Marathon Rockers: Various school bands from across Mumbai city will be participating in the Marathon Rockers School band competition to be held over three days at the Expo. Renowned singer Remo Fernandes and Roop Kumar Rathod will be present on Saturday and will pick the winning teams from among the finalists. These school bands will get an opportunity to play some amazing songs playlist curated for the marathon
On Route Facilities: 40,000 litres of water will be distributed through a total of 20 stations and Fast&Up will be available at eight energy drink stations. There will also be five Orange stations on the course. 35 Chemical toilets at Gateway of India, 15 on Rajiv Gandhi Sea Link and 24 toilets throughout the course have been arranged for the convenience of the participants.  A Medical Base Camp will be set up at the finish point of all the timed races. There will also be eight medical stations along the route. All participants will receive a backpack along with their running bibs, while they will receive Masti Chaas, flavoured milk and a sports towel along with a Finisher’s Medals and refreshments post the race at the Gateway of India.