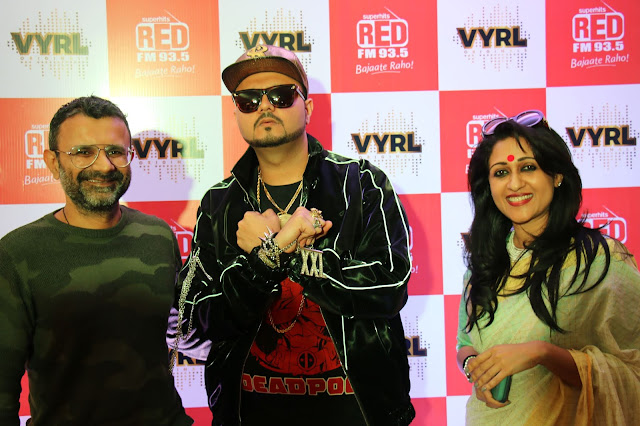 National: RED FM, one of the largest and most awarded private radio networks in India has launched a brand-new show ‘Ricky Singh Ka VYRL countdown’ to put spotlight on the growth of non-film artists and support their music. They have also collaborated with Universal Music India which aims to create a space and associate with non-film music on radio. The show revolves around ‘Ricky Singh’ who has an undying love for non-film music, will be taken-up by RJ Rishi Kapoor. The show was launched by RJ Rishi Kapoor along with the RED FM team in the presence of multiple celebrity singers at Soho House in Mumbai today.
To bring out the challenges and obstacles confronted by an independent artist, Ricky Singh humorously weaves his story who is a growing independent musician. He will host the show and share his unique past experiences with music directors that will take you on a rib-tickling ride. While his taste in independent music will get you glued to radio for an hour, his desi personality will keep the audience entertained till the last second.
Commenting on the show, Nisha Narayanan, COO & Director, RED FM and Magic FM said, “There is a pool of talent in independent music segment which is yet to be heard. Regional music is being consumed more than ever due to evolving tastes and preferences of the audience. At RED FM, we strongly believe in supporting diverse genres whether it is indie or regional music segment through various on-air, digital and on-ground initiatives. We wanted to create content that not only supports non-film music but also celebrates the journey of an artist. Our new show ‘Ricky Singh ka VYRL countdown’ is an entertaining take, which will bring fresh content for our listeners. We are happy to collaborate with VYRL Originals (Universal Music India) for this show and we look forward to creating more such initiatives with them.”
Additionally, Vinit Thakkar, Senior Vice President, Universal Music Group India & South Asia said “VYRL Originals, an artist-first music label, has been instrumental in creating a culture and category of non-film music in India. With over 40 songs across 30 artists in the last two years, we have opened the eyes and ears of people to non-film music and it’s potential. We have differentiated ourselves at every level including our integrated marketing and promotions approach with equal emphasis to both digital and traditional platforms. Radio is one of the most important and potent medium of breaking new artist and sampling their content to wide set of audiences. We are very excited to partner with RED FM who shares a similar vision like ours to build a culture and category of non-film music in India.” 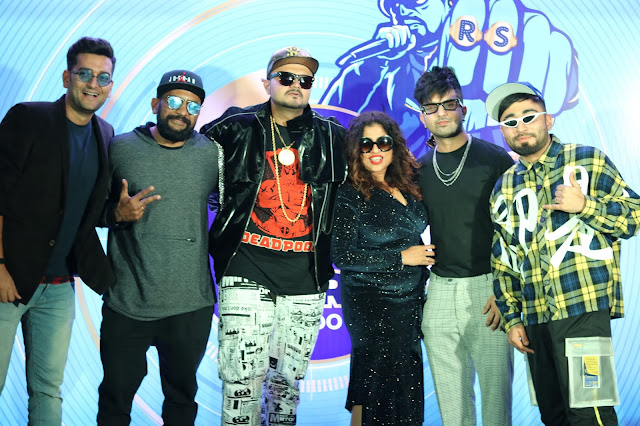 Today, radio has become a widely accessed medium in both metros and non-metros. It has successfully adapted to the ever-evolving audience base. Moreover, this platform is being used to bring about a change in society and vastly supports various musicians and their music. With ‘Ricky Singh Ka VYRL countdown’, RED FM is back with another innovative show to bring the untold journey of a non-film music artist to various cities in India.

About 93.5 RED FM: We are Irreverent; we are young, cool and trendy. We are the voice of today’s Millennial. We are one of the largest radio networks in the country. We are RED FM. Based on the internationally successful CHR (Contemporary Hit Radio) format we play only Super Hit music. With the brand philosophy and attitude that is ‘Bajaate Raho!’ at RED FM we always speak up for the right, for the people. Our listeners are at the heart of everything we do and so we are called the ‘station for expression’ by establishing an emotional connect with them. We do things differently; we don’t follow the herd and its testament to the fact that RED FM boasts of over 431 award winning campaigns including BEST BRAND, BEST FM STATION & BEST RJs.