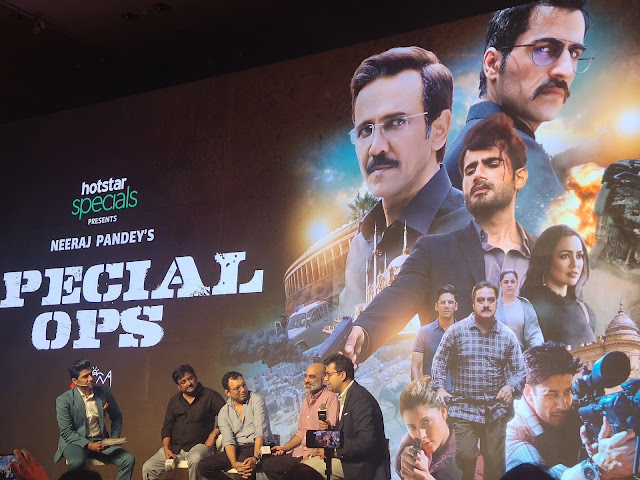 Neeraj Pandey’s creation is Inspired by the real terror attacks that India has faced over the last 19 years!
Directed by Neeraj Pandey and co-directed by Shivam Nair, features an ensemble cast including Kay Kay Menon, Divya Dutta, Vinay Pathak, Karan Tacker, Sajjad Delafrooze, Sana Khaan, Saiyami Kher, Meher Vij, Vipul Gupta, Muzammil Ibrahim amongst others
Mumbai: 19 years. 12 Countries. 6 Agents. 1 Mastermind. Hotstar Specials, along with Friday Storytellers, is set to launch the biggest spy action thriller of 2020. This fast-paced 8-episode series is based on the role of Indian intelligence in a series of real terror attacks that India faced over the last 19 years. Starting with the 2001 attack on Indian Parliament, the show goes back and forth in time covering several other events including 26/11, Kashmir terror attacks amongst others; and the chase for the single mastermind behind these attacks – making it the longest manhunt in Indian Intelligence for India’s deadliest enemy.
The show has been written by Neeraj Pandey, Deepak Kingrani and Benazir Ali Fida, all of whom have spent years carefully researching the ways of Indian intelligence. Every aspect of the show has been conceptualized and created to deliver a high-quality thrilling experience. Keeping with the scale, it has been shot across numerous international locales including Turkey, Azerbaijan, Jordan and India. 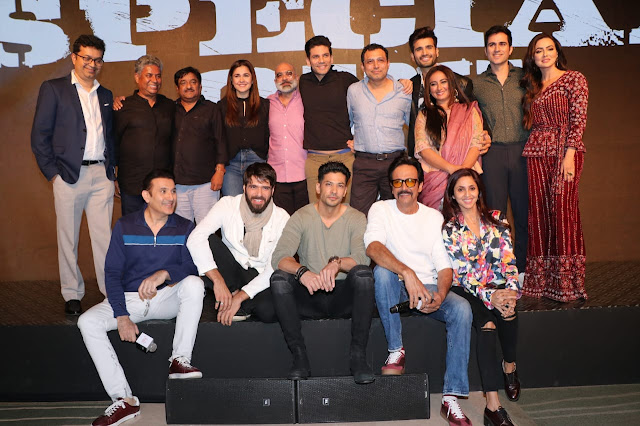 Hotstar Specials presents Special Ops features an ensemble cast including acclaimed actor Kay Kay Menon along with the powerhouse talents such as Karan Tacker, Saiyami Kher, Divya Dutta, Vinay Pathak, Muzammil Ibrahim, Meher Vij, Vipul Gupta, Sajjad Delafrooz, Parmeet Sethi, Gautami Kapoor, Sana Khaan, Sharad Kelkar, KP Mukherjee and many others. Hotstar Specials presents Specials Ops is slated to release on 17th March 2020 in seven languages on Hotstar VIP.
Neeraj Pandey who has created the show added, “Special Ops is a story I thought of many years ago – it’s a big idea that required a lot of patience and research to pursue and develop. With newer and exciting formats of storytelling gaining prominence, we were able to build a fabulous team to create this larger than life story that strings together many real events from the past two decades. For the first time in the history of Indian entertainment, the 2001 Indian Parliament Attack has been recreated on celluloid. That’s just one of the many big moments from the show.” 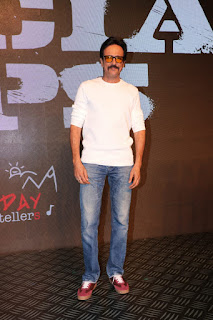 Actor Kay Kay Menon said, “Hotstar Specials presents Special Ops offers a very unique perspective to the role of Indian intelligence. Undercover agents are the true unsung heroes of our time. On the face of it they appear just like you and me – leading a normal life and perfectly blending in the crowd – but they are constantly on duty, protecting and serving the nation from any threats. Special Ops tries to bring forth the lives of these agents that try to capture the mastermind behind several unfortunate attacks.” Actor Divya Dutta said, “Specials is about the longest manhunt against India’s biggest enemy – terror itself. The dynamics of the series, the treatment, sharp writing and a fast-paced storyline promises to make it an edge-of-seat series that’s never been seen on Indian screens. Even with a massive ensemble cast, every character in Special Ops is nuanced, intricate and well thought out. The way the story moves back and forth in time, while capturing real emotions is what adds to the grit of the show.” 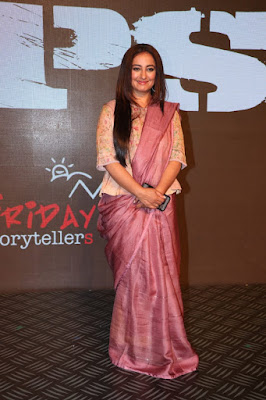 Synopsis
The world of Special Ops takes us through a journey of Himmat Singh a R&AW Agent. Very soon in his career he draws up an analogy about the several terrorist attacks that have been occurring in the country. Based on some proof and actual study of various attacks and their modes operandi, he is convinced that a man named Ikhlaq is the real mastermind behind all the terror attacks. Himmat deploys a team of remarkably skilled agents - Farooq, Ruhani, Juhi, Bala & Avinash - as his task force. Disguised and living in different parts of the world, the team’s sole objective is to get one step closer to the mastermind.
Will the Special Ops team be able to save India from its biggest enemy?
Catch the trailer here  (https://www.youtube.com/watch?v=GF0H5DZAE2g)

About Hotstar: Hotstar, India’s largest premium streaming platform, has changed the way Indians watch their entertainment, from their favourite TV shows and movies, to sporting extravaganzas. With the widest range of content in India, Hotstar offers more than 100,000 hours of TV shows and movies in 8 languages, regional and national news, and coverage of every major global sporting event, including the IPL.
Launched in early 2015, Hotstar’s mobile app has notched 400 Mn+ downloads, making it one of the most in-demand apps in India. Hotstar has secured top spots on the Google Play Store as well as the Apple App Store and has consistently featured among the top-ranked apps on both platforms since its launch. The app’s success reflects its highly evolved video streaming technology as well as the quality of experience across devices and platforms.