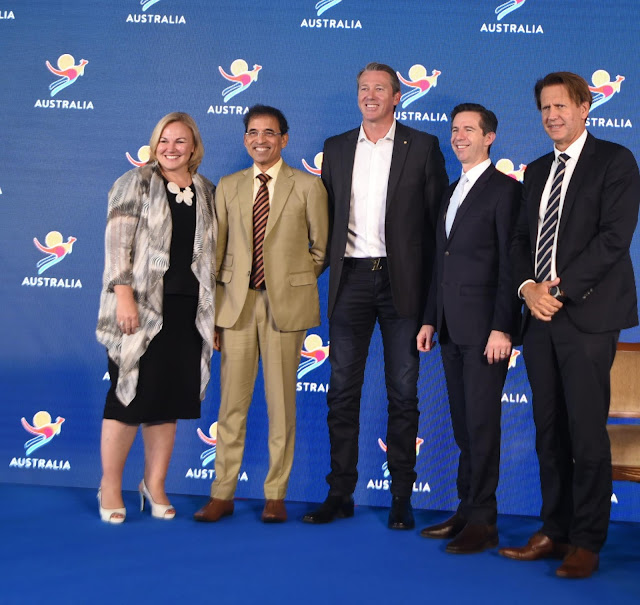 ICC T20 World Cup promises to be big draw for Indian travellers to Australia in 2020
Australian Tourism Minister announces funding boost to further ramp up marketing efforts
by Shrutee K/DNS
Mumbai, 26 February 2020. Australian Minister for Trade, Tourism and Investment, Simon Birmingham, announced a funding boost of AUD1 million dollars to Tourism Australia to further ramp up its marketing efforts in a bid to lure more Indian tourists for the ICC T20 Cricket World Cup tournament scheduled to take place between 18 October to 15 November. Speaking at an event in Mumbai attended by Aussie cricketing legend Glenn McGrath and Indian cricket commentator and Friend of Australia Harsha Bhogle, Minister Birmingham reiterated that while the recent Australian bushfires have been unprecedented, Australia is open for business and tourism businesses are geared up to welcome Indian travellers.
With the women’s ICC T20 Cricket World Cup underway currently and the men’s tournament on later this year this, Tourism Australia’s current advertising campaign ‘Experience the game and beyond’ has been encouraging Indian cricket fans to book a ticket, watch a few games, and also get out into the regions to explore the incredible tourism experiences on offer. The ICC Official Travel Agents have so far reported over 6,400 bookings for the ICC T20 World Cups with increasing enquiries being regularly generated. This is in addition to the 12,600 tickets have been purchased from India through the general public ticket sales. Given the importance of the tournaments and to facilitate easy access to Indian cricket enthusiasts, the Australian Department of Home Affairs will be prioritising all visa applications for those who are travelling to the ICC T20 Cricket World Cup. 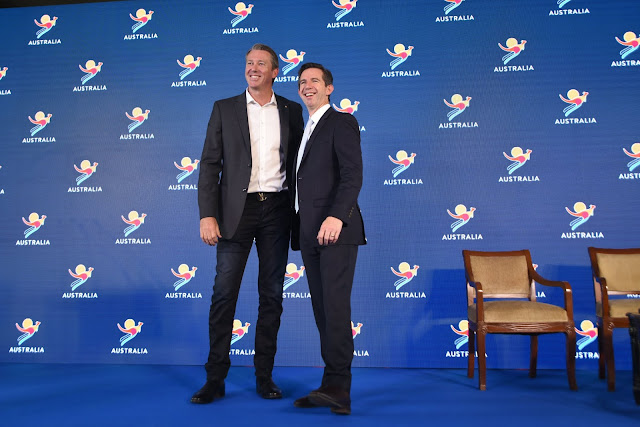 Minister Birmingham said, “With the women’s ICC T20 Cricket World Cup on right now and the men’s tournament on later this year this, we will be encouraging Indian cricket fans to book a ticket, watch a few games, and also get out into our regions to explore the incredible tourism experiences on offer. We know that many Indians, like many Australians, are cricket mad and will travel overseas to support their teams. Ticket sales out of India have almost reached 20,000, and with six months to go until the men’s tournament, there is huge potential to boost sales even further.”
India is Australia’s fastest growing tourism market and has been for the last three years. Notably, the market has recorded double digit growth over the past six years. According to the India Economic Strategy, the market has the potential to grow to 1.2 million visitors by 2035. Tourism Australia believes the market has the potential to be worth AUD$2.5 billion by 2020/21. 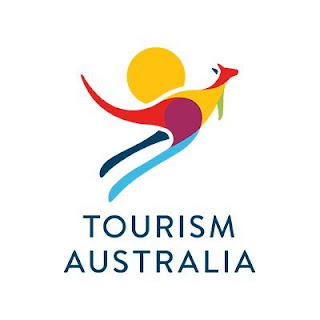 Tourism Australia has been driving several efforts to promote the ICC Women’s T20 World Cup through its #LedByWomen campaign that has garnered a collective reach of over 23 million on social media platforms. In addition, high-profile influencers from India, including Friends of Australia Harsha Bhogle and Sanjeev Kapoor; Indian women’s cricket team captain for ODIs and Tests - Mithali Raj; actors Mithila Palkar and Mandira Bedi; ex-cricketer Snehal Pradhan; artists Shakti Mohan, Mukti Mohan and Neeti Mohan; photographer and movie producer Atul Kasbekar and veteran cricket writer Ayaz Memon will be attending the women’s finals at the Melbourne Cricket Ground on March 8, which coincides with International Women’s Day, to support ICC’s vision to #FilltheMCG and attempt to create a new world record for highest attendance at a women’s sporting fixture. For the year ended December 2019, there 399,200 visitors to Australia, an increase of 12% over previous year. For year ended September 2019, Indian visitors spent A$ 1.8 billion (approx. Rs 8,930 crores) on their Australian trips, an increase of 12 per cent over the previous year.
About Tourism Australia: Tourism Australia is the Australian Government agency responsible for promoting Australia internationally as a world-class destination for business and leisure travel. Tourism Australia’s purpose is to increase the economic benefits of tourism to Australia, supporting the industry’s Tourism 2020 strategy, which aims to grow the overnight annual expenditure generated by tourism to more than A$ 115 billion annually by 2020.