Mother of two, exuberating radiance pursues her singing dreams at the age of 40 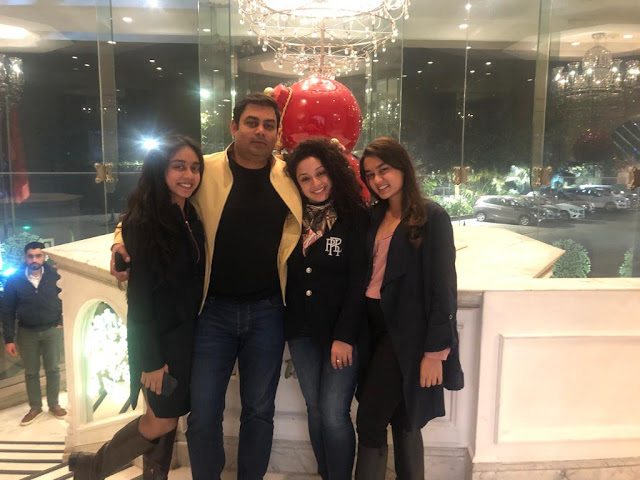 by Shrutee K/DNS
Vanitaa Pande had been a homemaker from the age of 18. Always a dreamer, she wanted to make a name of herself and do things that were inspirational but the overwhelm of life never allowed her to pursue her dreams to her utmost satisfaction. She got caught up in raising her children and looking after her family and amidst all of that, life moved on. She was always fond of acting and dancing but music came as a blessing to her. A friend once told her that she had a lovely voice and that she should try her hand at singing and that’s when she realised that she was talented but never happened to chance upon the right opportunity. She realised that it is not always that opportunities come knocking at your door. Sometimes, one has to go look out for those opportunities, sometimes one needs to go and create those opportunities and that is exactly what Vanitaa Pande did. About four years back, Vanitaa started learning Indian classical music and with the moral support of her family, her Guru Radha Sharma's guidance and her dedication and hardwork in a short span of four years, she successfully launch her YouTube channel named ‘Vanitaa Vins’
Being a loving mother of two girls, one 20 and one 17, when she initially discussed the thought of starting her own music brand and launching her YouTube channel with the people around her, she came across questions such as ‘why at this age?’ and ‘how will the audience react to this?’ - to which she remained patient and let her actions speak for herself. She believed in the power of her dreams more than anything else and proved herself by going ahead to. Not only did she manage to recreate the magic of some age old Bollywood classics on her channel but also successfully added to it the essence of being a strong, independent, modern woman for whom her age is nothing but a number.
The channel has received a great response and some of her songs have crossed over 5 lakh views. On accomplishing this feat in spite of starting from scratch at the age of 40, Vanitaa Vins says, “The moment the caterpillar thought it’s life was over, it turned into a butterfly. Life is all about chasing your dreams and pursuing happiness. I aim to inspire each and every one out there, regardless of their age, to give their dreams a chance and believe in themselves”
With Valentine’s day around the corner, Vanitaa Vins celebrates the idea of love and happiness with her fresh new cover of Madhuri Dixit’s classic number from the movie Saajan - ‘Bahot Pyaar Karte Hain’. As a tribute to the beautiful heartthrob of Bollywood Madhuri, Vanitaa wants to spread the message of love this valentines season and she believes that most important form of love is ‘self-love’, which she exhibits wonderfully in the music video on her YouTube channel - https://t.co/aHE18WPnEN?amp=1