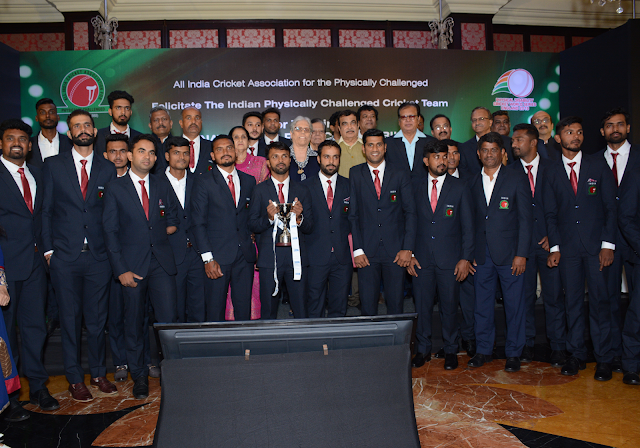 India's official team for the 2019 Physically Disability Cricket World Series Championship does India proud.  The All India Cricket Association for the Physically Challenged’s team was recognized by BCCI as the official Indian Team to the tournament. We call on them now to provide recognition, financial support and access to cricketing infrastructure

Speaking at the felicitation ceremony, Karsan Ghavri, Vice President of the AICAPC, said: “The Wadekar Warriors are a true Indian cricket team and they've done the country proud. They are the only Indian side to win a World Cup this year and this deserves mainstream recognition. They have no shortage of grit and determination. But what they need is infrastructure and funding that befit a world-class team. The BCCI did us the honor of recognizing the Wadekar Warriors as India's official team at the Physical Disability World Series. We call on them now to give teeth to this recognition through infrastructure and funding support. The 2019 Cup was a team effort. The 2020 victory should be an all-India effort."

Hon. Minister Shri. Nitin Gadkari added: "It was a proud moment for all Indians. This pan-India team struck a sixer for national unity when they won the World Cup. Through its programs; our government is committed to realizing the Prime Minister's vision of an Accessible India. Making sports accessible to all is an important priority for us”. 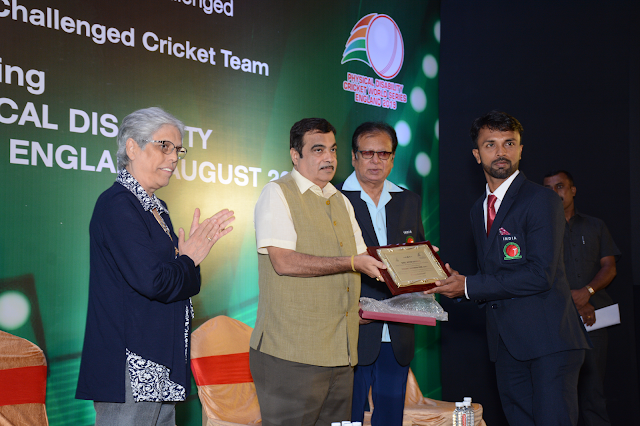 The World Cup win wasn’t the only victory for the Wadekar Warriors and AICAPC this year. In April, the BCCI gave formal recognition to the AICAPC to field a team for the Physically Disabled World Cup. This was not just instrumental to last month’s victory. It was the culmination of over 30 years of diligent work by the AICAPC to gain physically handicapped cricketers the mainstream recognition they deserve.

Echoing the Vice-President’s words, Selector Prasad Desai said: "The team persevered against all odds to secure the Physical Disability World Cup 2019. Our boys put in as much effort as any other international-level Indian team. Sadly, the greatest challenge wasn't practice and preparation. It was securing sponsorship to take the team to England. Official funding and infrastructure support are the two things we need now more than ever."

About AICAPC: Founded by legendary batsman Ajit Wadekar along with orthotics and prosthetics pioneer in India T P Mirajkar, in collaboration with the Fellowship of the Physically Handicapped, the AICAPC is India’s apex body promoting cricket among persons with disability across India, with 27 state level organizations working with it. Ashok Wadekar is the current president of the organisation, while Karsan Ghavri, Former Test Cricket Player, is Vice President.

The AICAPC has worked tirelessly to bring mainstream attention to physically challenged cricket. In 2019, it appears that the time has finally arrived for the Wadekar Warriors. Securing adequate funding and infrastructure are immediate needs for the team.

Through initiatives like the Accessible India Campaign and the new “Divyang” terminology for persons with disability, the current government has shown more sensitivity to the needs of the disabled community than ever before. The Warriors’ World Cup victory has underscored the immediate need for funding and infrastructure support from the BCCI.