“Today, Indian Web Series Is The Place To Be” - Actor Dalip Tahil 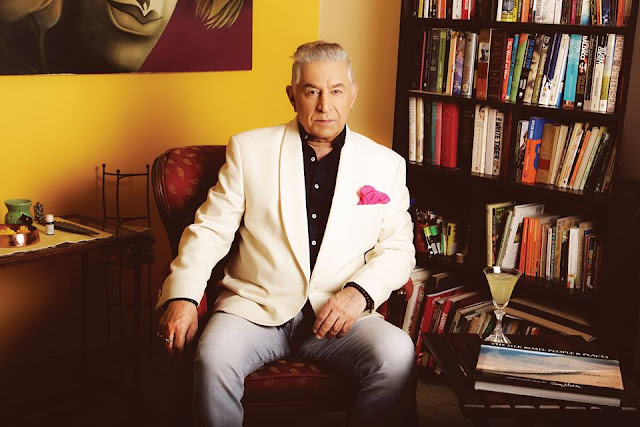 After Parchayee, Selection Day, Made In Heaven & Hostages, Tahil Will Now Be Seen In Raj & DK’s Action-Drama ‘The Family Man’
by Shrutee K/DNS
Mumbai: After the super success of his latest film – Mission Mangal, Actor Dalip Tahil will now be seen on Amazon Prime’s latest web series – The Family Man. Created by Raj Nidimoru and Krishna D.K, Tahil plays a pivotal role in the web action-drama as the Chief of the special cell of the National Investigation Agency. In his last web series – Hostages by Sudhir Mishra, he was seen playing the role of the Chief Minister Khushwant Lal Handa. So far, Tahil has featured in five different web series on various OTT platforms including Hotstar, Zee5, Netflix and Amazon to create a record of sorts as one of the first mainstream actors to quickly embrace the Indian web series space.
“Over a decade and half ago, watching movies transitioned from single screen to multi-screens and today, one can simply entertain oneself on their devices. The mode of distribution has transitioned radically and revolutionized the way movies or cinema is consumed. The role of OTT platforms has allowed a variety of motion pictures outside the mainstream to make it to its viewers and to actors, viewers matter the most. Other than this, web based content has opened up a new avenue for creativity to be explored and distributed. It’s a win-win for all and I feel that today, Indian web series is the place to be,” says Dalip Tahil.
Within a span of a year and half, Dalip Tahil featured in Zee5’s Parchayee which is on based Ghost Stories by Ruskin Bond followed by Selection Day based on Arvind Adiga’s novel, then in Zoya Akhtar’s - Made in Heaven and the latest - Hostages based on the original Israeli TV series.
Tahil began his career on stage back in 1968 when he joined the Theatre Group Bombay and since then has worked in television, radio, web-series and films.