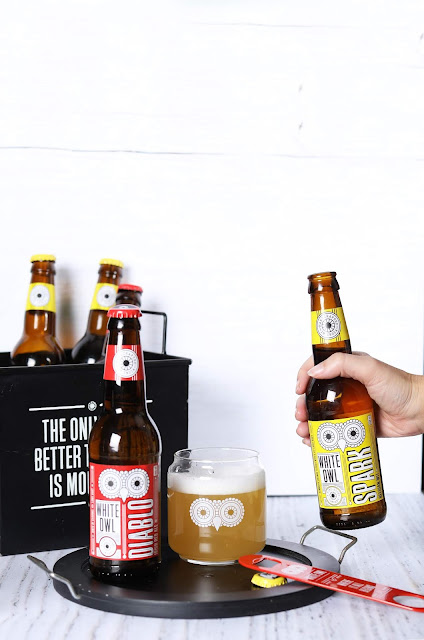 Reaching a milestone should absolutely be celebrated, but what if you could experience a little sliver of that joy every day? Sometimes, the tiny victories of life bring us the biggest joys. And in this very spirit, White Owl is encouraging everyone to embrace their everyday #PintSizedVictories all through the festive season.

Most popularly known as a pint-sized company, White Owl is a tiny passionate beer-maker with a whole lot of soul and an even larger sense of humour! And now that White Owl has made some strides with building its pint-sized brand image, it has extended its pint-sized ethos in new directions.

Speaking about the campaign, Javed Murad – Founder, White Owl said “Our consumers are predominantly smart, exposed millennials, so we aim to run campaigns that are quirky, bold and truly relatable. We don’t try to speak or preach like a brand; rather we embody the spirit of that friend you always want to kick back and have a beer with. The idea of ‘#PintSizedVictories’ stemmed from the thought that in today’s world, where each of us is working incredibly hard and hustling day after day, every little win of life must be celebrated. Even if your victory is pint-sized, it’s a lot of fun to celebrate it gloriously.” 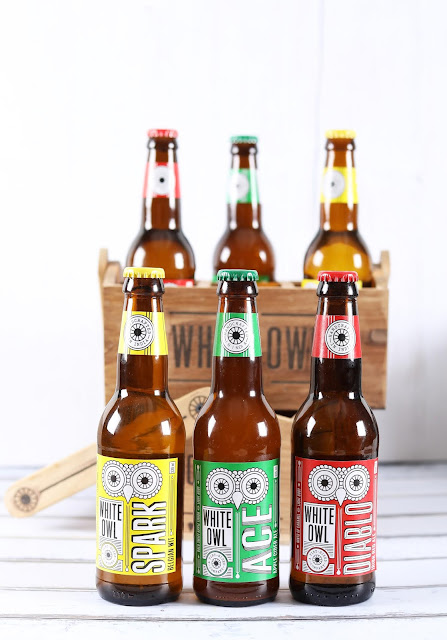 White Owl conceptualised the entire #PintSizedVictories campaign with Sid&Vee, a boutique brand building agency. Founder and Creative Director, Siddhartha Menon, added, “White Owl as a brand has always been committed to not taking themselves too seriously. While most brands in the segment focus on ‘lifestyle’ and ‘partying’, we prefer to just celebrate getting an extra chicken lollipop like it’s the most epic win in the world. Honouring life’s silliest little victories is our way of telling the world to just sit back and chill. Or serve chilled, as it were.”

As a campaign, #PintSizedVictories has been initiated pan-India as of July across both retail stores and bars, and supported digitally.

One of most special components of the offline campaign is White Owl’s Limited Edition Goblet of Glory – a customised version of White Owl’s incredibly popular mason beer jars. 5,000 such Goblets have already been claimed by consumers across Mumbai, Pune, Goa, Bangalore & Delhi.

Digitally, #PintSizedVictories commenced with five examples of silly & relatable wins of daily life. So far, the campaign has reached over 5 million people on social media. And still counting! Consumers were quick to join in the conversation and share versions of their own #PintSizedVictories.

If you have any gloriously silly #PintSizedVictories of your own, be sure to share them on Instagram and give a shout-out to White Owl. You might just end up with some cool Owl merchandise.

About: Pint-Sized Victories: Pint-Sized Victories are all about celebrating the small joys in life. Like that time, you managed to suppress a burp while talking to someone you have a crush on, or that time you plugged a USB drive in one go or got a rick to take you to a far-off place (at the first time of asking). But that’s not all. Pint-Sized victories aren’t only about the celebration; they're about the BIGNESS of that celebration. It’s about how disproportionate one’s response is. It’s about crying with joy when you find a parking spot, about pumping your fists like Kobe Bryant when you manage to throw a wrapper straight into a dustbin, holding your arms aloft in triumph like Roger Federer when you get 100 likes on a selfie. As a tiny pint-sized company, White Owl is all about being silly, ironic and funny. We’re all about making our consumers smile and laugh. And the exciting thing about Pint-Sized Victories as a campaign is that it gives us a chance to do that exactly.

About: White Owl: White Owl is a Mumbai-based, Award-Winning Brewery renowned for handcrafting beer using the finest of natural ingredients from around the world.  As of August 2019, White Owl distributes its craft beer on Tap, in Bottles and in Cans at over 2,500 restaurants, bars & retail stores across Mumbai, Pune, Goa, Bengaluru & Delhi with several new geographies and beer-styles in the pipeline.