Rebranding Gandhi for the Youth: Why Gandhi needs a Second Coming 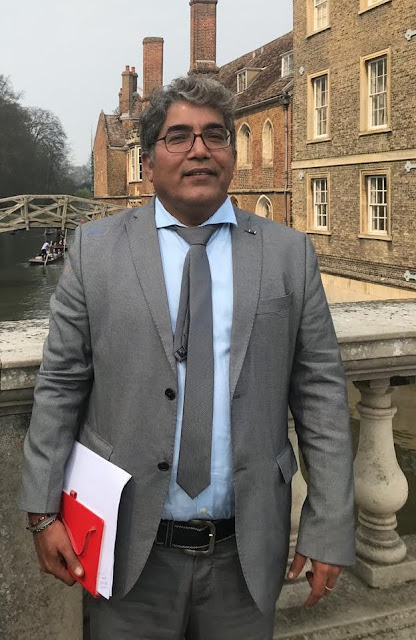 New Digital Initiative Revives Mahatma Gandhi’s Philosophy, Draws Common People into 150th Birth Anniversary Celebrations
A first of its kind initiative by branding agency CHAI Kreative aims to make Gandhi’s teachings relevant to the young populatio
The ‘Celebration of peace’ will engage youth across the country and the world through the digital medium
In Jaipur, the 150th year celebrations have roped in a series of artists from violence-affected places to send out a message of peace through their art form
September 2019: As the country celebrates the 150th birth anniversary of Mahatma Gandhi, a first of its kind initiative is aiming to revive the legacy the Father of the Nation and re-introduce his philosophy to the young generation by involving them in a new Celebration of peace. The initiative by Mumbai-based branding agency CHAI Kreative has been conceived with the objective of bringing Mahatma Gandhi back into our lives by demystifying his teachings and making them more relevant to the youth of the day. The campaign will be carried ahead through the digital medium that has the capability to bring a large number of youths on board.
Kewal Kapoor, the brain behind the initiative feels that at a time when misinformation campaigns and propaganda affect the perception the youth hold about Mahatma Gandhi, it is the need of the hour to repackage his teachings to make them more consumable to the masses. The popular but a widely misunderstood leader needs to be reintroduced to the masses, he believes.
“Unfortunately, we see today that a lot of people who have never studied about Gandhi first hand have started believing in malicious rumors and misinformation spread about him through the digital medium. We need to bring the real Gandhi back into focus. Our campaign will not only propagate his ideas in a simplistic way but also work to dispel the misinformation surrounding him,” said Mr. Kapoor, Director and Creative Strategist, CHAI Kreative and Return of Million Smiles.
The campaign will run through the twin media of a dedicated integrated website and a mobile app called the Peace Lover. The medium will help generate greater discussion about Mahatma Gandhi’s philosophy of non-violence, sustainability, khadi, cutting excessive consumption and wastage of resources, among others. More importantly, it will talk about how his philosophy can be incorporated into our daily lives.
“We live in interesting times. We see a whole lot of powerful people investing in weapons and wars but very few efforts to invest in peace. The world is reeling under excesses of all kinds be it violence, injustice, unsustainable development and environmental degradation, the philosophy of Mahatma Gandhi becomes all the more relevant. Through a long-term digital initiative, our campaign aims to bring Gandhi back to public discourse, to re-introduce his teachings and ideology in a way the youth can better relate to. We want to make him more contemporary and appealing to the times we live in,” explains Kapoor.
In a nutshell, the campaign aims to take the legacy of Gandhi back to the people to whom it belongs through a people-led movement.
In Jaipur, the state government has organized a major Gandhi Utsav to celebrate the 150th birth anniversary of the Mahatma. Chai Kreative and Advisory also played a major role in conceptualizing the Gandhi Utsav festival in Rajasthan at the concept level. During discussion and creation of the concept, Chai as the branding agency suggested that artists primarily from states and nations facing violence must be brought in to participate in the festival. On the basis of this concept, the festival in Jaipur curated by Sehar has roped in artists from violence-affected nations and states to send out a message of peace through their art forms. Gandhi Utsav event curation and creation including design etc has been done by Sehar while its concept is the joint idea of Chai Kreative and Sehar.
While conceptualizing the event along with Sehar, Kewal Kapoor was adamant with the idea of initiating a wider celebration involving the digital medium to be able to reach out to a larger audience. ‘Gandhi Utsav as a Celebration of Peace' was born out of a quest to invest in peace and non-violence at a time when investment in arms, weapons, and wars has become a major industry across the world.  Gandhi Utsav as a celebration of peace through the online medium is the creation, curation, and initiation of Chai Kreative to create an ecosystem of peace, value, non-violence, and teaching.
About CHAI Kreative: CHAI Kreative & Advisory is much more than an award-winning advertising & consulting agency. We believe we can achieve more over a cup of chai than most do over dozens of emails.  We tailor identities and base our work on a philosophy of holistic living to tackle some of the more important modern-day concerns in sports, mental health, and dignified aging.  https://chaikreative.com/.