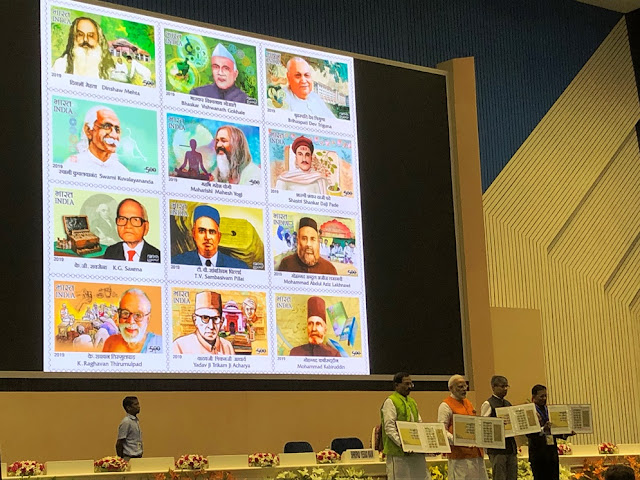 by Shrutee K/DNS
New Delhi : As part of the Ministry of AYUSH”s initiative called ‘Master Healers of AYUSH” the Ministry of AYUSH released 12 commemorative stamps to honour India’s master healers. The stamps were released by the Hon’ble Prime Minister Shri. Narendra Modi. Kaivalyadham Yoga Institute’s Swami Kuvalayananda was honoured for his pioneering work in the field of Yoga and a stamp in his honour was released.
Commenting on the same Mr. Subodh Tiwari, CEO Kaivalyadham Yoga Institute said; “Swami Kuvalayananda pioneered the scientific research and understanding of Yoga and applying it for therapy. We at Kaivalyadham Yoga Institute are thankful to the Ministry of AYUSH, for the honour. Initiatives like bringing out commerative postage stamps are not only meant to pay tribute to the great contributions of visionaries like Swami Kuvalayananda but also aim at inspiring  younger generation to follow in their footsteps. “ 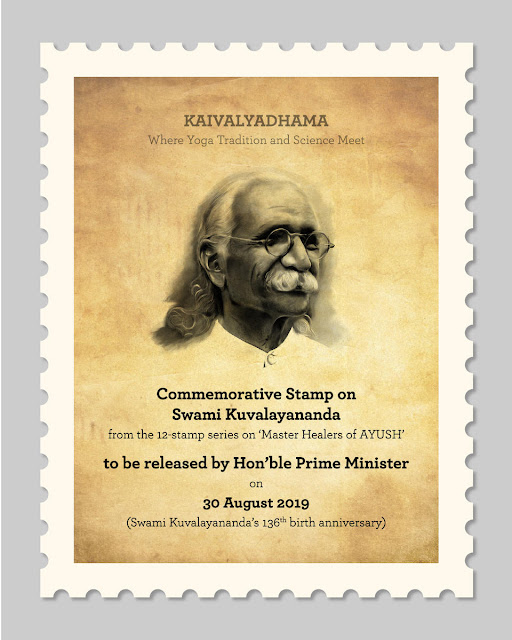 It is Swami Kuvalayananda, whose efforts are chiefly responsible for the worldwide spread of Yoga. It is due to his efforts that this ancient discipline of Yoga became more acceptable to modern mind, trained on scientific and rational guidelines.
Swami Kuvalayananda was a researcher and educator who is primarily known for his pioneering research into the scientific foundations of yoga. He started scientific research on yoga in 1920, and published the first scientific journal specifically devoted to studying yoga, Yoga Mimamsa, in 1924. Besides his yoga research, Swami Kuvalayananda was a tireless promotor of his causes, and he spent much of his later years opening up new branches of Kaivalyadhama and enhancing the main Kaivalyadhama campus in Lonavla.
He was a natiolist and his students included Mahatma Gandhi, Pandit Madan Mohan Malviya, Dr.B.R.Ambedkar , Pandit Motilal Nehru  and many more.
About Kaivalyadham: The Kaivalyadhama Yoga Institute was founded in 1917 and established in the year 1924 at Lonavala by Rev. Swami Kuvalayananda- a pioneer in the field of scientific research in yoga.  Today the institute has flourished to become an internationally acclaimed yoga institute working in the field of scientific and philosophico-literary research, training and therapy in the field of yoga.