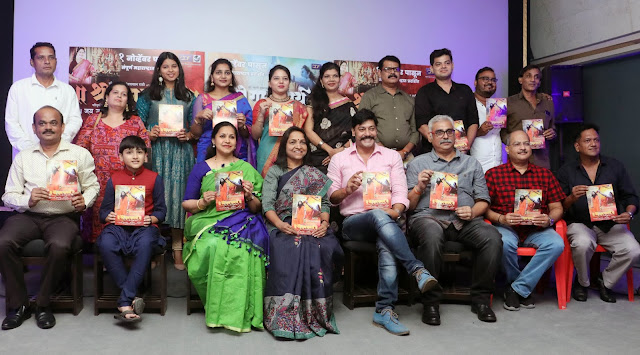 Impressive acting by Shantanu Moghe in lead role of Rashtrasant Ramdas Swami…
Great blend of traditional Aarti and contemporary songs
Film base on the life of Rashtrasant Ramdas Swami to provided the basic mantra of a fulfilled life…
by Shrutee K/DNS
Films live forever with the scintillating songs that remain in the memory of viewers. Songs remaining on the lips of the music lovers take them to a different world altogether. “Shri Ram Samarth” is a film that is complete with such excellent music as well as entertainment for the entire family is releasing in entire Maharashtra on the 1st November 2019. Produced by Ashwini Maheshwari from Vipra Entertainment and Deepa Suravase from Dishadeepa Films, this film are being presented by Bharati Zumbarlal Rathi and Sanjay Rathi. The original concept of the film “Shri Ram Samarth” directed by Santosh Todankar is by Advocate Mrs Vijaya Pravin Maheshwari. While explaining the importance of physical exercise and chanting, many aspects of his ideals and guidance will be opened up in the film “Shri Ram Samarth”. 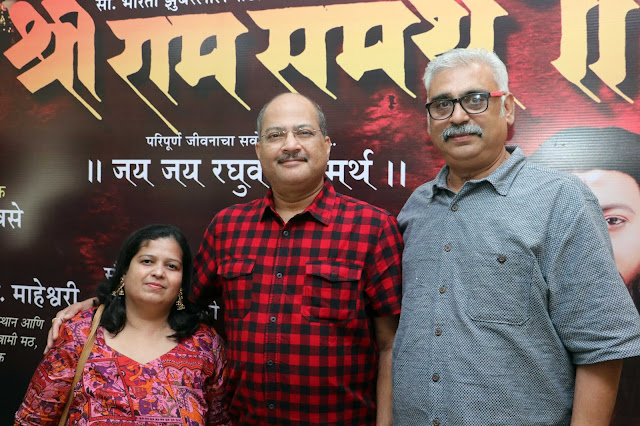 Understanding exact meaning of the word “Sawdhan” meaning “alert” at the time of marriage, Narayan is a 12 year old boy who matures to get engrossed in the worship of Deity Ram and to earn huge knowledge and finally enlightenment. All this can be seen in the life of Saint Ramdas Swami. The Film also shows how he was a true supporter and epitome for honor of women and their empowerment.  The music for the film has been set by duo Sanjay Marathe and Mahesh Naik. Eminent singer Avdhoot Gupte, Adarsh Shinde and newcomer Balasaheb Sawant and Meena Nikam have beautifully rendered FIVE songs from the film complimenting each other. A song that would become favored as heart of picnic for the youth today “U Turn” can be said to be a connecting link between two generations. Our favorite Shri Ganesh Aaarti “Sukhkarta Dukh harta” can be heard with a different tune. This song rendered by eminent singer Adarsh Shinde in the grandeur of his voice can be experienced during the film. The Aarti “Durge Durgat Bhari” explaining the glory of Womanhood and sung as a chorus is another addition to the music score of the film.

The Maruti Aarti written by Rashtrasant Ramdas Swami “Satrane Uddane” has been set to tune can be heard in the voice of singer Babasaheb Sawant along with actual scenes from 11 Maruti temples in various parts of Maharashtra. This song written by Baba Chavan has been sung by singer Meena nikam and balasaheb sawant. 28 verses from the volume “Dasbodh” provide exact meaning for dialogues of the film. Providing additional information about the same, Music Director duo Sanjay Marathe and Mahesh Naik said that the traditional music has been blended with trendy style so that setting of the film should not look odd. In fact this was the biggest challenge. Another was that of setting words by Ramdas Swami in to tune. For example we had prepared eight different tunes for Aarti “Sukh Karta Dukh Harta” from the film. We also shouldered the challenge of binding the historical period of Ramdas Swami and the present period in to the background music that we provided for the film. 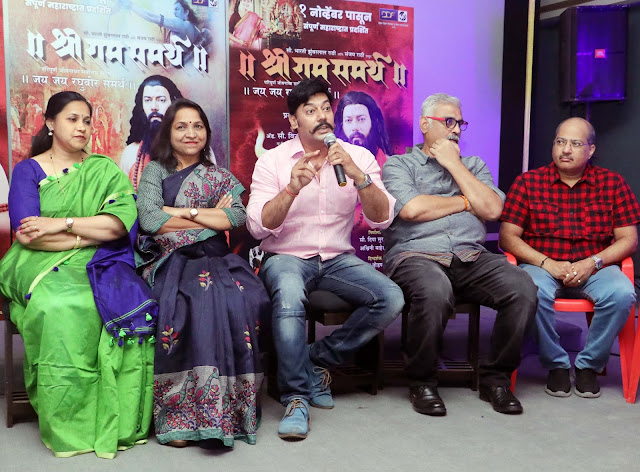 The concept of clean surroundings and prosperous society that was rooted 400 years ago is proving immensely important even today. Actor Shantanu Moghe, Mahesh Kokate, Actress Alka Kubal-Athalye, Saurabh Gokhale, Sayaji Shinde, Prakash Suravase, Hrudaynath Rane, Karan Bendre, Vijayasuman, Child artist Advait Railkar and many fresh faces will also be seen in this film. With genuine and crisp performances of well known artists the film has come out with a super shine. More than the life of Ramdas Swami, the film “Shri Ram Samarth” more elaborately narrates and pierces present day situation in the society. The major historical incidents from the film comment exactly on the excellent administration and also about the administrators. 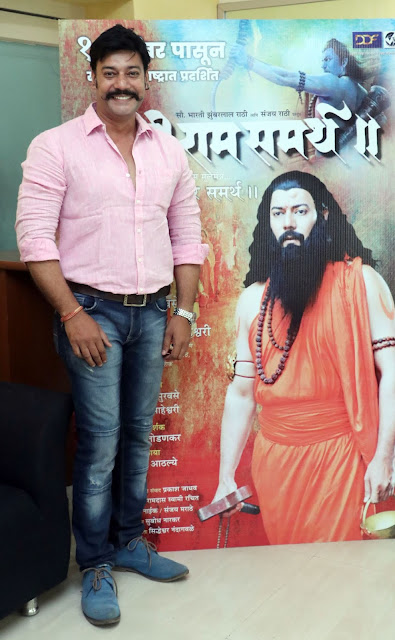 The story, screenplay and dialogues are by Prakash Jadhav, Manoj Yerunkar and Vitthal Ambure. Cinematography is by Sameer Athalye, Editing by Subodh Narkar, Art by Mahendra Raut and choreography is done by Sujit Kumar.  The film based on the life of an intellectual and a staunch devotee of Ramraya, Rashtrasant Ramdas Swami titled “Shri Ram Samarth” is sure to explain a very important mantra of a fulfilled life. Entertaining as well as enlightening, the film will provide a great chance for entire family from 1st November 2019.