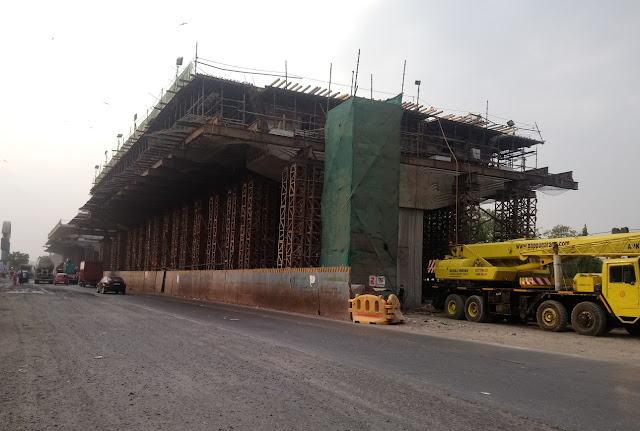 by Shrutee K/DNS
Mumbai’s eastern suburbs are gaining prominence, thanks to the speedy implementation of major infrastructure projects in recent months. The last few years have seen some major developments that have resulted in a dramatic revaluation of property prices in the eastern suburbs. The latest trigger for growth of the eastern corridor is the construction of the new flyovers – one from Chunabhatti to Bandra Kurla Complex (BKC) and other from Mankhurd to Ghatkopar.
The opening of new elevated road from Sion to BKC is set to be a boon for the residents and frequent travellers in the metropolitan parts of Kurla, Ghatkopar, Chunabhatti, Chembur on one side and that of Bandra and other western suburbs on the other. Being seen as another corridor bridging the central and western parts Mumbai, this flyover will drastically reduce the travel between the two nodes from the present 45 minutes to just 15 minutes. The fly-over will also provide another alternative to travellers entering from Central suburbs to the Western parts of the suburbs and moving towards the Western ends of the city.
Sundeep Jagasia, Managing Director, Shree Krishna Group said, “Today people are looking for quality and hassle-free life, minimum expense on travel and good civic infrastructure. Home-buyers always think and wish that the home and workplace should be close to each other thereby reducing the time spent on travelling.”
The road will bring relief to commuters from the eastern suburbs, Navi Mumbai and Thane wishing to travel to BKC. At present, it takes over 30 minutes during peak hours to travel from Sion to Bandra Kurla Complex using the narrow and congested Sion-Dharavi Link Road, while the elevated road will enable vehicles to cover this distance in about five minutes. It will also ease congestion in areas like Kurla and Sion, along with taking some load off the Sion-Dharavi Link Road and Santacruz-Chembur Link Road.
Mr. Karan Singh Sodi, Managing Director, Mumbai at JLL India said “The new BKC-Chunabhatti flyover will now be of significant strategic importance to BKC and areas around it. As the commute to Eastern Suburbs gets reduced by 30-40 minutes, the quality integrated-amenities developments of Eastern Mumbai can expect a growth in demand from the BKC employee base.”

The construction of the other flyover from Mankhurd to Ghatkopar will also be a much-needed breather for those using the Link Road as it will decrease traffic jams and hence reduce the travel time of commuters.
Mr. Ketan Musale, Director, Dotom Realty said, “The Mankhurd-Ghatkopar flyover will enjoy location benefits like seamless connectivity to key areas in Mumbai like Ghatkopar, Chembur, Vashi, BKC, Santacruz, Andheri, South Mumbai, etc among others. The flyover will ease congestion and benefit a lot of commuters travelling towards and from Navi Mumbai. Being in the centre of the city and connecting the Navi Mumbai, Central & Western corridor of the city; the locality around the flyover is bound to witness a rise in residential developments in the near future.” “In a city like Mumbai, where every travelling minute is important, the savings of 30 minutes of total time also brings in a dramatic difference in the life of a commuter”, says one of the commuters who travel from Navi Mumbai to BKC daily.
The last few years have seen some major developments like the Mumbai Metro, Eastern Freeway and the Santacruz-Chembur Link Road that have resulted in a dramatic revaluation of property prices in the eastern suburbs. Real estate analysts, however, believe that the capital inflows in new infrastructure projects in the eastern corridor will further boost the property prices over the next few years. Also, leading developers of Mumbai have put up several projects in the eastern suburbs, besides taking up slum rehabilitation and redevelopment schemes.
While residents and daily travellers are happy to have these fly-overs and eagerly waiting for them to be functional, many are busy chalking out plans to buy properties, relocate or align their buying or selling decisions considering the future benefits that these fly-overs will offer.