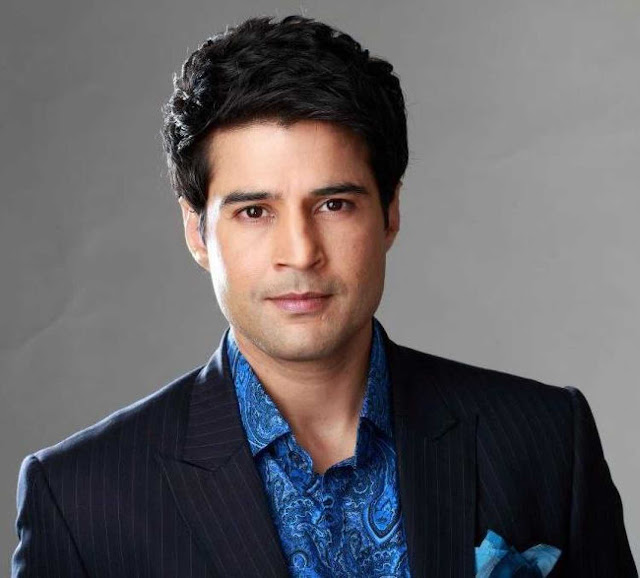 “Have failed several times on stage, my struggles are a key link to my success” Actor Rajeev Khandelwal’s debut social video post

The actor reveals his struggle in Bollywood in the first Firework original in India - Reel, Reveal, Rajeev!

by Shrutee K/DNS
India – Renowned actor, singer and host, Rajeev Khandelwal reveals his struggles in Bollywood for the first time on Firework. The social video app has launched its first Firework original for India – Reel, Reveal, Rajeev, featuring the struggles, aspirations and the real life of Rajeev Khandelwal in 30 second episodes. The actor, Rajeev Khandelwal, who recently celebrated his birthday, is giving his viewers an ‘inside view of his world’. Through these episodes, Firework aims to inspire users with stories of inspiration, accomplishment and persistence. Users can interact with the star on a weekly basis by following his Firework account. (Rajeev Khandelwal on Firework:  https://fireworklite.onelink.me/rNAh/rajeevkhandelwalpr)
The show was launched with 6 videos by the actor sharing insights into his acting journey and the lessons that guided him along the way. He shares key insights into life motivations when challenges are many and the myths associated with beginners. In the coming episodes, he will talk on various topics like his choice of roles, his beliefs, his vision for the industry, his passion to cook or his love for growing everything organic to beliefs that have carved a niche for him. As a self-made actor, Rajeev’s acting journey began as a dream and later translated to a success story due to his hard work and his drive to prove his capability.
Speaking on his presence on Firework, Rajeev Khandelwal, Actor, said “My acting career has seen several shades, where struggles have been a key link to my success today. Early in life, while I failed several times on stage, I chose to stay committed to my dream and work towards it. Based on my experience, I advise acting aspirants to not be misguided and rely on ones’ own capabilities instead of rooting for connections. I believe my struggles are real and I have the opportunity to voice myself effectively. I have a story to be told and am happy to share my story through this versatile platform. The makers of the app have been proactive in differentiating this app in this cluttered short video space. The features in the app are safe and interesting to use, which was the key reason for me to share my closest thought on Firework. I look forward to interacting with users on stories of my life.”
Speaking on this announcement, Mr. Sunil Nair, CEO, Firework India said, “Rajeev is an impeccable actor and is accomplished across platforms. His diligence, passion and commitment are noteworthy which the users will applaud through this journey into the world of Rajeev Khandelwal. This is a great opportunity to know the man behind the screen.  Firework will give him an opportunity to be candid about his experiences in life and career. We are excited to have him on our platform and looking forward to bring his passion to life and creatively give our viewers such inspiring stories in 30 second segments.”
Firework became the fastest social video app to achieve 1 million users in only 5 months while still in beta, growing +200% quarter over quarter. Firework strives to remain relevant and give users every opportunity to stay meaningful with a seamlessly experience delivering a new view from their lens.
ABOUT  FIREWORK INDIA: Firework is committed to empowering everyday creators to produce extraordinary stories with premium production value. In India, Firework will focus on working with some of the biggest entertainers and creators who can tell stories in 30 seconds. Firework will debut many interesting features in the coming months to its Indian users. Offering user generated, platform-curated and original content from media partners including Refinery29, Firework's launch includes the announcement of recent content creation, promotional and advertising partnerships. Firework is backed by the top-tier industry venture capital firms and steered by a strong leadership team with stalwarts of tech and Hollywood expertise.
ABOUT  FIREWORK: Firework, the social video app is part of a suite of apps created by Loop Now Technologies, Inc. a Redwood City, California (Silicon Valley) based incubator start-up that focuses on next-gen consumer mobile applications. Firework is a next-generation social mobile content platform, delivering best-in-quality, elevated content and patent-pending editing tools for millions of users.  Since 2018, Firework has rapidly evolved its platform to meaningfully connect creators, fans, and engaged audiences by curating premium 30-second user-generated video content tailored to viewer's unique tastes. Firework recently announced its all new original streaming content with "Firework Originals", a refreshing social mobile TV platform for emerging talent to express their cinematic arts and build their popularity through well-crafted and professionally-directed video content.  This is aimed to discover and spotlight untapped creative talent and amplify the digital stars of tomorrow. Thousands of top digital creators have already discovered Firework including Frankie Grande, Dang Matt Smith, Olivia Jordan, and Marlon Webb, among others. Firework is now available for download on the Apple Store and Google Play Store.
ABOUT LOOP NOW TECHNOLOGIES: Venture-backed start-up Loop Now Technologies is a Silicon Valley based start-up, with offices in Los Angeles, Tokyo, Moscow and Warsaw. Founded by early founding members of LinkedIn and Snapchat, Loop Now's team members consist primarily of top-tier tech, investment banking, and entertainment executives.
For more information, visit: www.FireworkTV.com and follow @Fireworkhq on Twitter.