Incidence of Psychological Disorders and Chronic stress high in Mumbai 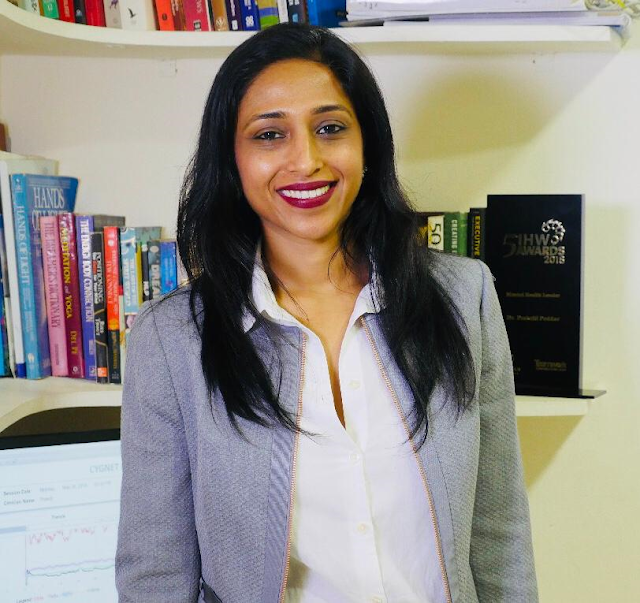 Mumbai, Oct 2019: People living with mental health disorders do not just face the psychological consequences of their conditions but are also at greater risk of suffering from cardiovascular disease, stroke as well as respiratory diseases. As we observe Mental Health Awareness Day, it is important to talk about the close interplay between mental and physical health and the need to adopt an integrated approach to treating mental illnesses.

With the breakdown of traditional families, increasing migration and a growing loneliness epidemic, mental health disorders have emerged as a serious public health concern. A major nationwide survey conducted by NIMHANS estimated that around 13.7 per cent of India’s population suffered from different mental illnesses with around 10.6 per cent of them requiring immediate attention. World Health Organization estimates that around 56 million Indians suffer from depression while another 38 million are living with anxiety. With a hectic and highly stressful pace of life, Mumbai residents also face high incidence of mental health disorders. A report found that people with psychological disorders accounted for 31% of patients admitted to municipal healthcare centres in Mumbai. This was more than any other ailment. This huge mental health burden also has serious implications for physical health.

“We often tend to overlook the close connection between mental and physical health. For a long time, health experts tended to believe that the connection between mental and physical health was largely due to behavioral issues, such as a person with depression not getting enough exercise, indulging in unhealthy eating and smoking. However, research has increasingly shown that there are physiological connections as well and the biological factors that trigger mental illnesses can also influence heart disease. Depression has been found to be linked to an increased risk of coronary heart disease. Schizophrenia is associated with a higher risk of death from heart disease and respiratory disease,” says Dr Prakriti Poddar, Mental Health expert, Director Poddar Wellness Ltd and Managing Trustee of Poddar Foundation.

Addressing the rising burden of cardiovascular disease must also factor in mental health as a major risk factor, much like hypertension and diabetes. Chronic stress is another emerging contributor to increased risk of heart disease and stroke. The long term build-up of stress hormone cortisol in the brain can impair brain function and even shrink the prefrontal cortex, the brain area responsible for memory and learning. Not just brain, chronic stress affects the entire body and physical health in the long term including significant concerns such as diabetes, high blood pressure and an increased risk of heart diseases and stroke. A survey conducted recently by medical insurance provider Cigna TTK revealed that 9 out of 10 Indians suffered from stress. Chronic stress is found to be particularly high among residents of urban metropolitan cities such as Mumbai where people struggle with highly stressful jobs, difficult working hours, and lack of work-life balance as well as paucity of social support systems such as extended families.

“Apart from untreated depression and anxiety, untreated chronic stress also has serious consequences on physical health. It is important therefore for the medical community as well as awareness providers to adopt a more integrated approach to physical and mental health. We need to accord high priority to mental health by establishing intervention and screening mechanisms at different levels – schools, colleges, workplaces and community levels. Corporate organizations must take into account the impact of job related stress on the health of their employees and institute mechanisms to help them deal with it. They must equip their employees with stress management skills and invest in creating a work-life balanced environment,” adds Dr Prakriti Poddar.Often, people with mental health conditions are also less likely to receive the physical healthcare they require such as regular health screenings. They are also less likely to follow health eating and living habits.

Health insurance for mental illnesses is another area where significant improvement is needed. Despite the passing of the Mental Healthcare Act (MHCA), 2017, and the IRDAI asking insurance providers to include mental illness in their bouquet of services, much needs to be done to make mental health insurance a functioning reality on the ground. We need insurance providers to adhere to these guidelines in totality and offer workable and affordable health plans covering mental illnesses without any significant exclusions. Not only do we need to destigmatize the subject of mental health but we also need to educate people about insuring themselves against mental disorders.