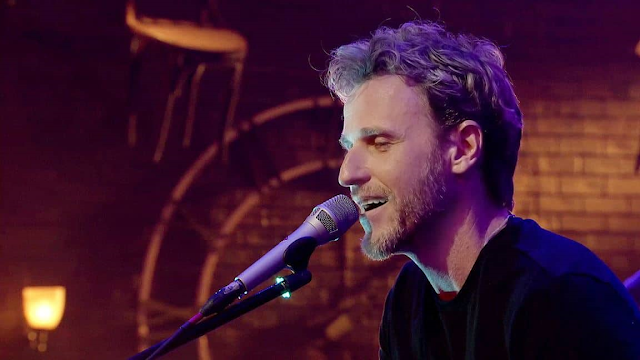 by Shrutee K/DNS
Composer, Mikey Mccleary, has created the background Score for Shonali Bose’s film "The Sky is Pink" starring Priyanka Chopra, Farhan Akhtar and Zaira Wasim. Mikey’s first collaboration with Shonali Bose for the music of ''Margarita with a Straw'', received many accolades including winning Best Composer at the 2015 Asian Film Awards. Now the moving score for ‘The Sky is Pink’ aims to touch the hearts of audiences around the world.
Having composed music for Bollywood films like Margarita with a straw, Befikre, Waiting, Shaitan, Shanghai, David, Nautanki Saala, Shaadi Ke Side Effectsand Shaandaar, Mikey has worked with some of the biggest names in the industry and carved a niche for himself. With his East-West sensibilities, Mikey has created a beautiful original music score that enhances the journey that this film takes the audience on.
Amazing performances and great music earned ‘The Sky is Pink’ a standing ovation at the recently concluded Toronto International Film Festival.
Speaking about the score of the film, Mikey Shares “The many nuanced emotions of this film made composing the music a huge challenge. It's a really strong and moving film so I've given my all to create the music it deserves. A lot of the pieces are played on more intimate global folk instruments. The main theme is hummed by a young girl. Overall I would say the music was uplifting, acoustic, melodic and soulful without being overly sentimental or melodramatic.”