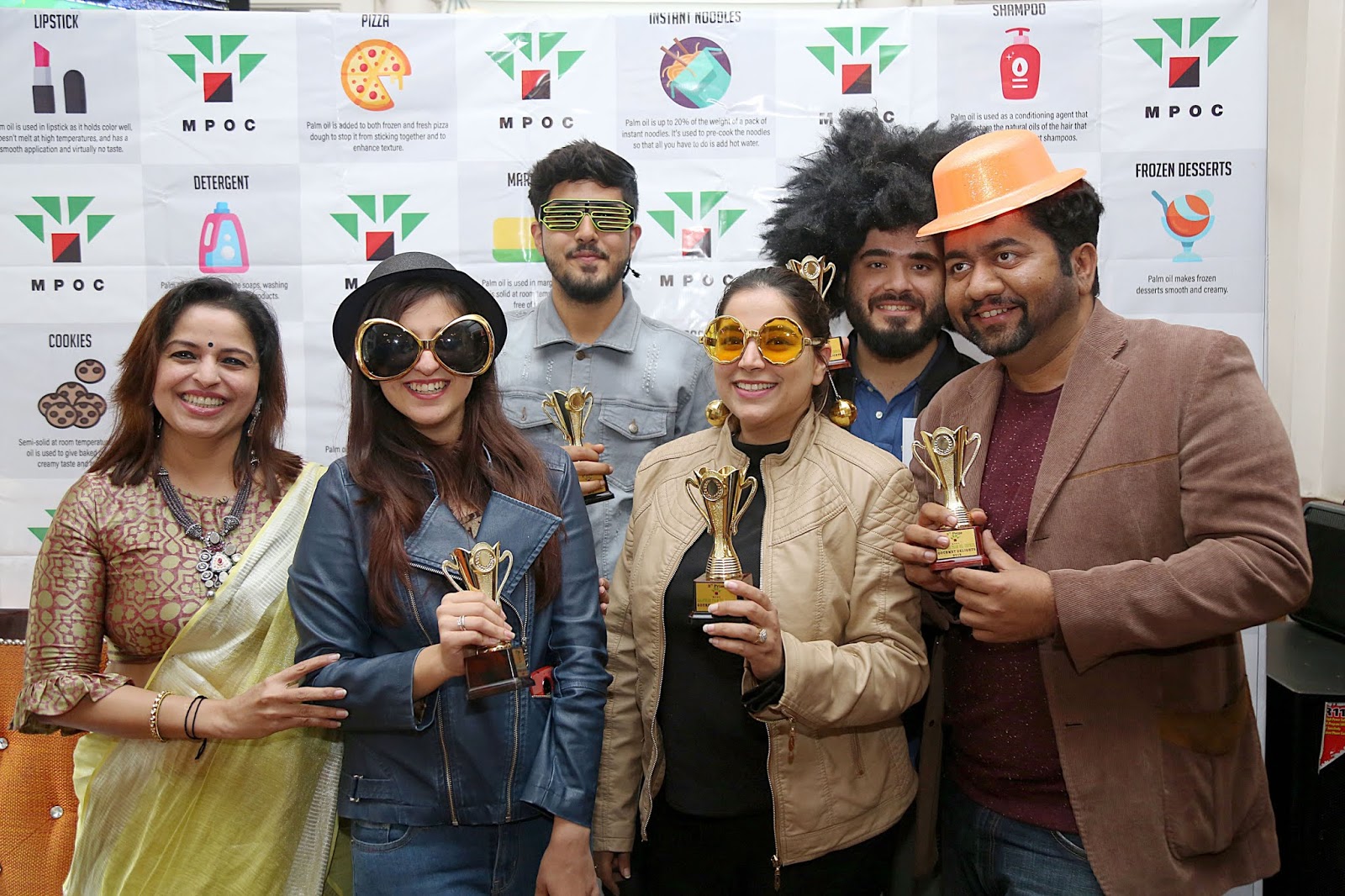 India, 17th Jan 2019: The new year started on a super exciting note for the Delhiites as Malaysian Palm Oil Council (MPOC) organised a super fun-filled food-hunt and informative meet for some of the best food bloggers of the NCR. Ms Bhavna Shah, Regional Representative, India and Sri Lanka, was present at this event. The event was an initiative by the Malaysian Palm Oil Council to uphold the virtues of Malaysian Palm Oil with metropolitan Indians who are eager to enjoy delicacies and are health conscious at the same time.

The event promoted the benefits of Palm Oil, which is a vegetable oil produced from the oil palm fruit. Malaysia and Indonesia account for about 85% of the world’s palm oil production, while other producers include Thailand, Columbia, Nigeria, Papua New Guinea and Ecuador. Palm oil is found in almost 50% of food products in supermarkets; from chocolates to biscuits, cakes, crackers, cookies and peanut butter to ice-cream, besides being the largest cooking oil consumed in India and globally. Palm oil in its various fractions and derivatives is a common ingredient in these food products. In addition, oleochemicals derived from palm are also used in the production of personal care products, detergents and household cleaning products.

Palm Oil: Gourmet Delights, a bloggers meet organized by MPOC was carefully planned, maintaining the right balance of food, fun and information to ensure each and every person had a great experience. The day started with a food hunt that led foodie participants to Pandeys Paan where the bloggers participated in Butterscotch paan eating contest. It was interesting to note, some of the ingredients for paan are fried in palm oil ! That was followed by a salad making contest at My Bar Headquarters with palm oil based salad dressing , a quiz competition on palm oil was next in order at Punjabi by Nature and a blind food tasting at Ardor 2.1. The event ended with a grand photo session and price distribution followed by lunch. The entire event ensured that the benefits of Malaysian Palm Oil were shared with the participants; thus, enlightening them on how Indian food and especially North Indian cuisine can be best cooked in palm oil. The food-hunt created excitement and at the same time engaged different segments of the population, with emphasis on the youth and also the participating restaurants. 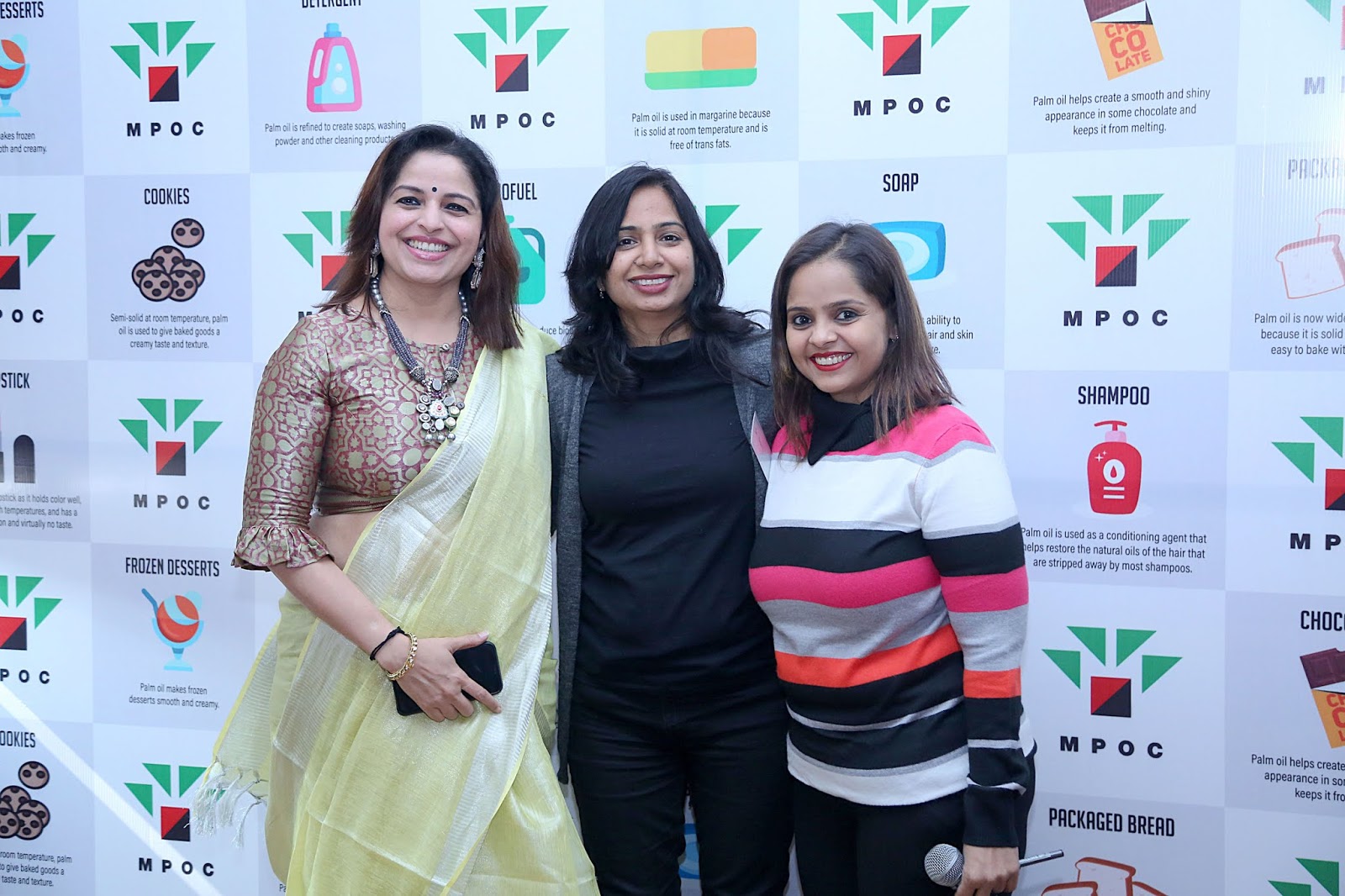 Speaking at the occasion, Ms. Bhavna Shah, Country Representative of Malaysian Palm Oil Council for India and Sri Lanka said, “The food industry loves palm oil because of its versatility, its ease of use in various food applications and ability to prolong shelf-life of food products. One of the important factors which appeals to food manufacturers is that palm oil is trans-fat free and can easily replace partially hydrogenated unsaturated oils, which contain trans fatty which are not good for the heart. Palm oil is a fruit oil just like olive oil and is Non-GMO.” She also added, “India stands today as the world’s largest vegetable oil importer and is responsible for about 15% of global palm oil consumption. With our 1.3 billion people, India is both the world’s largest consumer as well as the biggest importer of palm oil. Most of the Indian packaged food is prepared in palm oil but the consumers are not aware about palm oil’s health benefits.”

There are more than 300 scientific publications on palm oil health in animal models, cell culture studies and human dietary intervention trials which describe in detail the nutritional effects and benefits of palm oil and its components. Several human studies have found that palm oil consumption has a relatively neutral effect on blood cholesterol and is shown to increase the “good” HDL-cholesterol. Thus, the claim which is made about palm oil clogging the arteries and increasing blood cholesterol level is unproven conclusively in science.

MPOC is headquartered in Kuala Lumpur, Malaysia. Its principal objective is to create awareness about Palm Oil, especially Malaysian Palm Oil, though MPOC does not get involved in the actual trading of palm oil or any other commodity.