Mumbai:  VYRL Originals presents Arjun Kanungo's new music video - ‘Tu Na Mera’ which is set to leave the audiences mesmerized. The track is a beautiful modern love ballad made unique by Arjun Kanungo’s voice. Composed by Arjun Kanungo himself the lyrics are penned by Kunal Verma the popular talent behind songs like Aaya Na tu, Jo Tu Na Mila, Phir Mulaqat to name a few.
The music video is a first of its kind for non film music videos in India. It has been set in a larger than life backdrop of the life of a commando and his love story. The visuals has been beautifully imagined by director Danny Mamik with high octane action sequences. The chemistry between Arjun Kanungo and co-star Carla Dennis is heart warming.
Arjun Kanungo, is very convincing in his role as a commando and changes the paradigm of how we look at singers in India. Arjun’s acting performance is impeccable on-screen. The track embodies unrequited love. 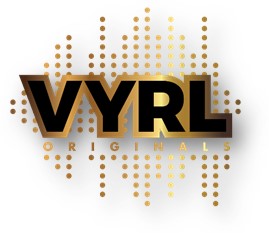 Speaking on the release, Arjun Kanungo said, “I’m very nervous to say anything about the project simply because it means so much to me. It’s been the most satisfying project of my life, with a dream team and a brilliant mentor in the form of Vinit (Thakkar). I want to thank VYRL for giving me opportunity to take a risk and do something path breaking. It was a pleasure working with Carla Dennis again and I can’t thank Danny (Mamik) and everyone involved for taking a chance on this. We all agree now that it was worth it.”
Talking about the track Vinit Thakkar, Senior Vice President, Universal Music Group, India and South Asia & EMI Records India said, “We are extremely excited to present Arjun’s new single and the music video. This has been the most ambitious project under VYRL Originals release. We believe that this video will set a new trend of story-telling. Arjun’s commitment, vision and execution is par excellence and we can’t wait to showcase this video to the audiences”
Watch the video here:https://www.youtube.com/watch?v=vpnHc0jSJE0&feature=youtu.be

VYRL Originals – An EMI Records India property
VYRL Originals is EMI Music India’s latest music property created to promote independent non-film music. This unique property is led by noted film director Mohit Suri - known for his excellent taste in music. Mohit is curating every aspect of each track that is being produced. Right from the composers, lyricists to the singers, each of them have been carefully worked on and handpicked by the director himself. The sound will be in line with contemporary Bollywood music with great production values, albeit without the canvass of a film. The tracks under VYRL Originals will be launched simultaneously across every streaming service – in India as well as Globally - and will sit amongst today’s popular Bollywood songs giving the music lover a seamless listening experience.