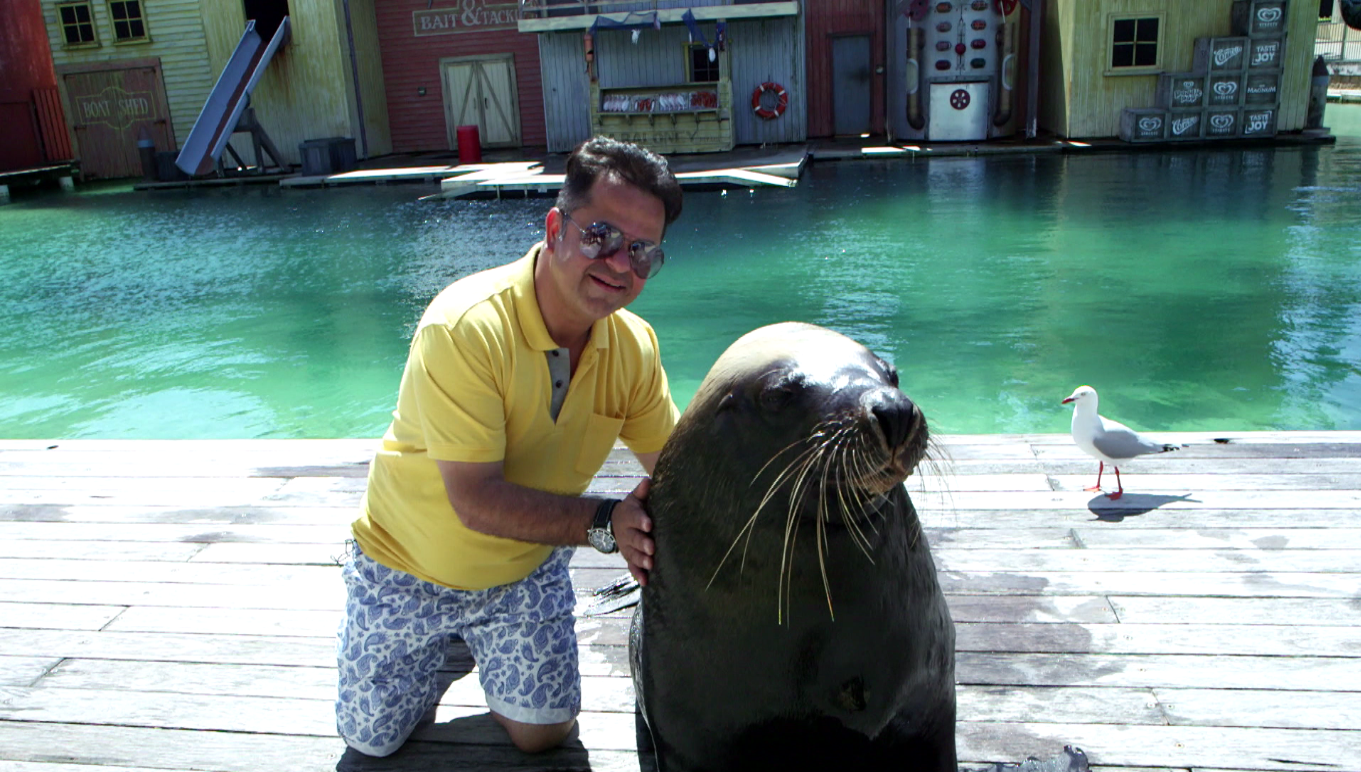 by Shrutee K/DNS
Mumbai, July 29, 2016: Popular Chef and avid traveller Vicky Ratnani is all set to take the viewers of Living Foodz on an adventure-filled trip to Australia on his upcoming show ‘Taste Down Under’, starting August 1. Through the show, viewers can explore Australia’s extraordinary landscapes, pristine white sand beaches, ancient tropical rainforests, and exquisite café culture, and enjoy a multicultural culinary experience.
An excited Chef Vicky Ratnani says, “I had a wonderful time travelling to Australia and experiencing the   stunning beaches and diversity in food and culture. I brought back memories for a lifetime like quad biking at Kangaroo Island, barbecuing in Burleigh Heads, going on an aboriginal heritage tour at the Royal Botanic Gardens in Sydney, discovering the coffee culture at quaint cafés in Melbourne, and many more unforgettable experiences. I got a chance to experiment with innovative and locally inspired dishes such as Kangaroo Island BBQ with Halloumi, Queen Victoria Salad using fresh local produce, Prawn and Tomato Cocktail among others. I look forward to sharing this incredible journey with the viewers.”
Australia has emerged as a must-do destination on every Indian traveller’s list, owing to it’s many iconic landmarks, including the Sydney Opera house, Bondi Beach, Adelaide Oval Cricket Ground, Melbourne Cricket Ground, Melbourne’s laneways and cafes, the Queen Victoria Market, Yarra Valley vineyards and Kangaroo Island, to name a few. 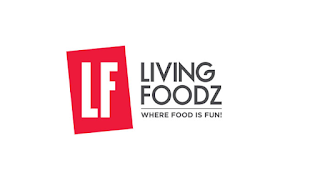 Commenting on the show, Mr. Amit Nair, Business Head of Living Foodz, said, ‘Today, travel has become an innate part of the urban Indian lifestyle. Indian travellers are constantly scouring for new destinations and unique experiences and Australia fits the bill. Australia has emerged as a favourite destination for a range of travellers, from honeymooners and independent travellers to families. Hence, it was a strategic decision to partner with Tourism Australia for the show.  We are excited to expand our boundaries and introduce the first international show on Living Foodz. ‘Taste Down Under’ integrates the best of food and travel and is a unique addition to our programming mix.”Australia has grown over the years in terms of its reputation for great food and wine. Home to a myriad of cultures, it is little surprise that the gastronomical offerings Down Under are also a mix of flavours and styles. ‘Taste Down Under’ will provide a peek into Chef Vicky’s visit to the pop-up restaurant of the globally renowned Noma Australia. He will also be shown dining at popular hotspots such as the Colonial Tramcar restaurant, Tetsuya, Melbourne’s premier Greek restaurant Gazi, and tasting the finest Australian wines at vineyards in Melbourne and Gold Coast.
Mr. Nishant Kashikar, Country Manager, India & Gulf, Tourism Australia says, “It has been a pleasure to associate with Chef Vicky Ratnani and Living Foodz to showcase Australia as the culinary capital we know it to be. Our recent consumer research results highlighted great food and wine as a major contributor to the decision making process when choosing a destination to visit.  We are positive that Taste Down Under will further highlight Australia’s exceptional culinary offers, thereby adding impetus to these growing numbers.”

Tune in to Living Foodz every Monday and Tuesday at 10:00 p.m. from August 1 onwards. Repeat telecasts will air every Saturday & Sunday at 4:00 p.m.
About Living Foodz: Living Foodz is India’s first international, 24-hour food and lifestyle television channel based in Mumbai, India. It is a part of the Living Entertainment brand of channels, which is owned by Essel Group and distributed within the country by Zee Entertainment Enterprises Limited.. Launched in September 2015, Living Foodz explores the evolving social status of food, moving out of the confines of the conventional kitchen and home, and into a world of travel, adventure and culture. It’s innovative and path breaking shows aptly capture its philosophy ‘Where Food is Fun’. Living Foodz is the first lifestyle channel in India to fuse premium show formats and international quality with themes that reverberate strongly with the up worldly-mobile urban Indian audience. Travel, adventure, music, fusion food, international cuisine and lifestyle trends are significant elements of the shows. The channel brings the best and most unusual cultural aspects of the subcontinent to viewers.
The channel has a strong lineup of chefs, restaurateurs and food aficionados such as Vicky Ratnani, Ranveer Brar, Kunal Kapur, Rocky Singh, Mayur Sharma, Gautam Mehrishi, Maria Goretti, Pankaj Bhadouria, Ajay Chopra and Rakhee Vaswani.. This year, Living Foodz launched its flagship show ‘Ganga, The Soul of India’ which saw actress and producer Dia Mirza on Indian television for the first time. Apart from television programming, the channel also connects with the audience through specially curated events and on-ground celebrations of food and culture. Whilst the channel’s television viewership has climbed rapidly since its launch, it has also garnered a significant online fan following due to its engaging and informative style content. Having raised the bar for Indian lifestyle and entertainment on television, Living Foodz has steadily gathered a strong fan base for its unique offerings, and promises more such fascinating shows in the months to come.
About Living Entertainment Enterprises Pvt Ltd: Living Entertainment Enterprises Pvt Ltd in India is the company housing all the brands of the Living network belonging to Essel Group. The Living Group of channels already exists in the international markets catering to a large audience in the health and lifestyle space. Living in India aims at bringing alive all things factual with an element of entertainment in order to appeal to global audiences. The Living group of channels in India will truthfully echo the ‘Living’ philosophy and encompass everything that will help one to discover, awaken and transform oneself.
The company’s pioneer channel is Living Foodz the international food & lifestyle channel that has a universal feel and appeals to the new age Indian. In the future the space will see launch of more channels under the Living Entertainment group fulfilling the growing need of Factual Entertainment of the audiences.

About Chef Vicky Ratnani : Vicky Ratnani is a chef, television anchor, cookbook author and culinary consultant based in Mumbai. He graduated from the Institute of Hotel Management in Mumbai and is currently corporate chef of fine dining at Dish Hospitality, a company that owns and manages a number of restaurants across India, including the popular Aurus and Nido in Mumbai. Molecular gastronomy came to the forefront in India five years ago when Vicky Ratnani joined Aurus in Mumbai as a consultant and made it part of the restaurant’s core menu. Now the chef has expanded his modernist experiment in his hometown with the restaurant Nido, which emphasizes the use of fresh, seasonal produce and modern techniques like sous vide. Vicky Ratnani has also hosted Vickypedia on Living Foodz.

About Tourism Australia : Tourism Australia is the Australian Government agency responsible for promoting Australia to the world as a destination for business and leisure travel. Tourism Australia’s purpose is to increase the economic benefits to Australia of tourism, supporting the industry’s Tourism 2020 strategy, which aims to grow the overnight annual expenditure generated by tourism to over A$ 115 billion annually by 2020. The organisation is active in around 20 key markets, where it aims to grow demand for the destination’s tourism experiences by promoting the unique attributes which will entice people to visit. Tourism Australia’s activities include advertising, public relations and media programs, trade shows and programs for the tourism industry, consumer promotions, online communications and consumer research.