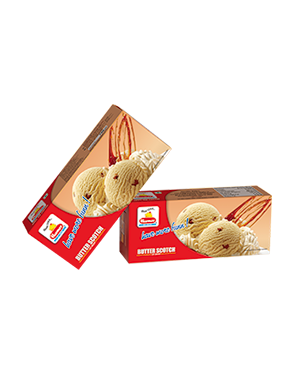 
Mumbai: Havmor Ice Cream, India’s leading pure milk ice cream brand has announced its association with U Mumba, the Mumbai city Kabbadi franchise of the Star Sports Pro Kabaddi League. Owned by Ronnie Screwvala, U Mumba has been the Season 2 winner of Pro Kabaddi League in 2015 and has also been a two time runner-up - in Season 1 and Season 3. Kabbadi, the traditional sport of India, has rapidly gained popularity over the last four years and is fast emerging as a key sport in India. With the birth of Pro Kabaddi League, the sport has received recognition both nationally and internationally while giving players a platform to showcase their skills and inspiring new talent across length and breadth of India.

Commenting on this association, Ankit Chona, Managing Director, Havmor Ice Cream Ltd said, “We are delighted to be associated with U Mumba, one of the strongest teams in the League. Our partnership with them is a strategic move to support this traditional sport and is a great opportunity for us to reach out to our audience. We look forward to a thrilling competition and building a strong connect with Kabaddi fans and our customers through continuous engagements via digital and various below the line activations around the game.”

Supratik Sen, CEO, U Mumba, added, “We are pleased to team up with Havmor, one of the leading pure ice cream brands in India. The association will help U Mumba widen its fan base as well as promote the sport amongst masses, leveraging their vast retail presence across the country.”

As part of the collaboration, Havmor will be running a digital contest, which will give participants the opportunity to meet & greet with players of the U Mumba team.

About Havmor: Havmor, a renowned ice cream & food brand headquartered in Ahmedabad, Gujarat has delighted many with its 30,000+ ice cream outlets spread across Maharashtra, Rajasthan, Madhya Pradesh, Goa, Delhi, Punjab & Telangana apart from Gujarat and it will soon spread pan India. Havmor offers a wide range of over 160 ice creams, each manufactured at its hi-tech plants which are ISO 22000:2005 certified. Havmor has also been honoured with prestigious Times Food Award for being the best ice cream brand for eight consecutive years! It recently won the maximum number of awards in “The Great Indian Ice Cream Contest 2016” organized by Danisco Dupont in Delhi.

About UMumba: U Mumba is the Mumbai city franchise and current Champions of the Star Sports Pro Kabaddi League. Owned by Ronnie Screwvala, the first generation entrepreneur who pioneered Cable TV in India and established UTV, the Media & Entertainment conglomerate and in the second phase of his journey has founded U Sports, a futuristic sports marketing unit which aims to revolutionize sports like Kabaddi, Football and Motorsport in the country. Headquartered in Mumbai, U Sports has carved a niche for itself in the field of Kabaddi through U Mumba, which in its current avatar is redefining how the sport is perceived in India and across the globe.