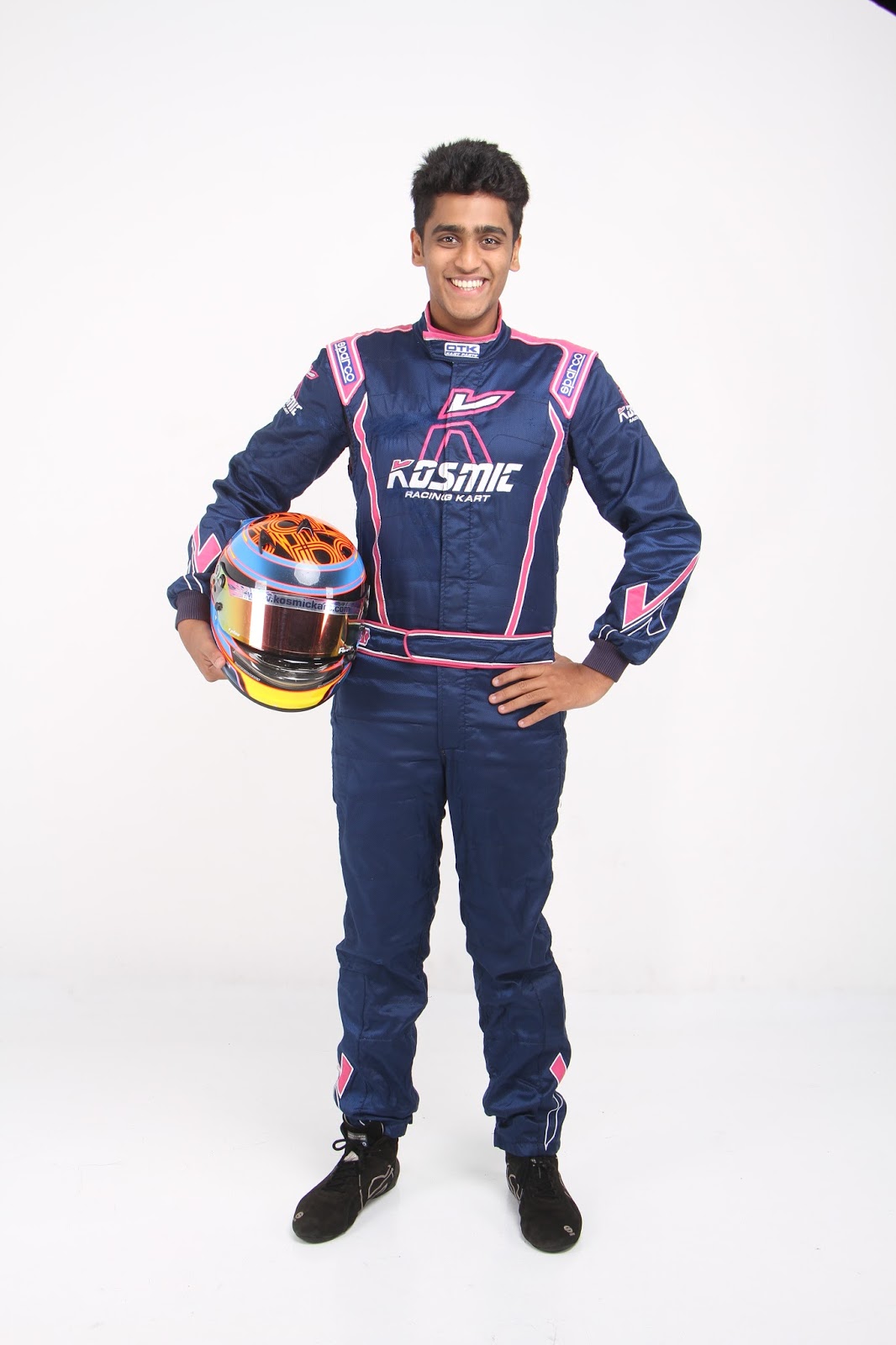 by Shrutee K/DNS
After an incredible build-up that led him to start the race from pole position, Nayan Chatterjee was unable to finish his race due to a collision at the JK Tyre - FMSCI National Rotax Max Karting Championship in Coimbatore. Nayan faced a couple of technical issues in the lead-up to the race too, but managed to overcome that handicap with a series of skillful overtaking manoeuvres.
In Nayan’s own words ‘My pole position was compromised but I still managed to set the second fastest lap, just 0.070 seconds off the pace! Imagine what could have been. Being rear-ended on the formation lap was unexpected suggesting the level of racing among some competitors isn't up to standards. I am sure officials will have a closer look at that. I tried to defend P2 as much as I could but with the handicap it set me back.’
Nayan managed to remain optimistic though ‘But then we have to look for positives. Winning the pre-final race from P8 was immensely satisfying. I had to pull off overtaking moves again, and I did those cleanly, as it should be. This weekend was very strong in terms of my pace, as proven in Heat 2 as well when I almost clinched second despite starting last after reliability issues struck early.’
Nayan will have much to look forward to over the next few weeks as he returns to Coimbatore on 29th July for the JK Tyre - FMSCI National Racing Championship for cars! He then travels to Malaysia to take part in the Rotax Max Challenge on August 6th.
Nayan Chatterjee is an international kart racer who has been identified as one of India’s most talented racing prospects by Akbar Ebrahim – India’s premier racing mentor. After being backed by both Cello and Venus, Nayan is also going to take part in at least one round of the newly-launched F4 South East Asia Championship, which begins in Malaysia in August.