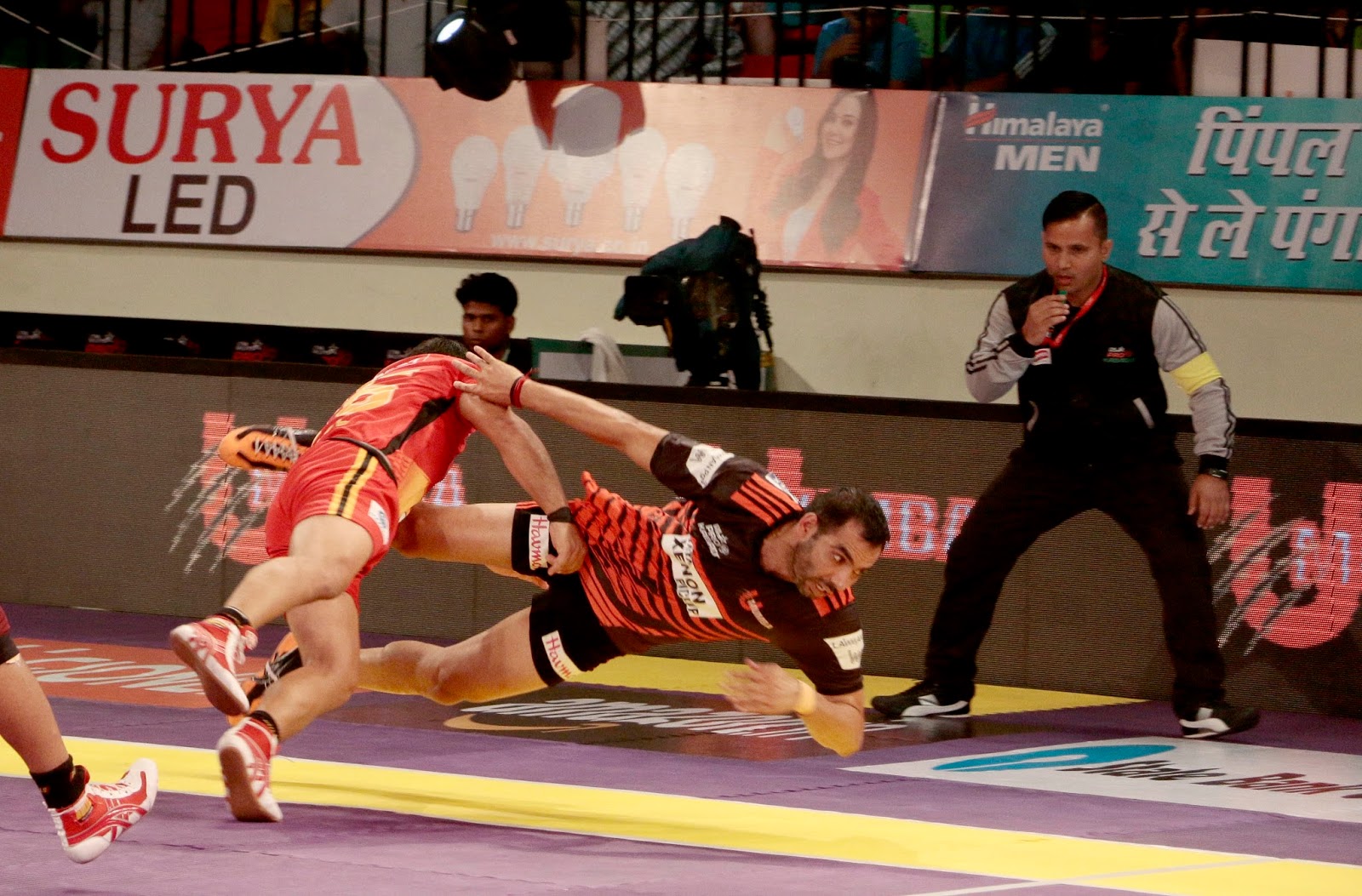 by Shrutee K/DNS
14 July 2016, Mumbai: Hosting the seventh leg of the fourth season of Star Sports Pro Kabaddi, U Mumba announced great offers on tickets for their home leg between 20th to 23rd July 2016, on bookmyshow.com. The team will bank on home support when they return to the Dome @ National Sports Club of India (NSCI), SVP stadium in Mumbai for their home leg before heading to the final leg of the league-stage matches in New Delhi.
Mumbaikars are encouraged to pack the stadiums in support for their star-studded home team by purchasing tickets online on bookmyshow.com or at Hypercity, Vivivana Mall, Thane and Hypercity, Malad. With ticket prices ranging from INR 1000 to INR 5000, fans are also encouraged to buy tickets against their SBI Credit Card for a 10% discount online. This season’s tickets are available in three categories – MACHO Stand tickets priced at INR 1000, Rs. 1,200 for tickets in the TATA MOTORS Stand and the Hospitality Stand tickets priced at INR 5000. Fans who purchase tickets in the Hospitality stand will also enjoy complimentary in-stadia food and beverages.
In an offer exclusive to the student community, students can buy MACHO Stand tickets at a discounted rate of Rs.500, on display of their student ID. This offer is exclusively available at the Dome @ NSCI box office, which opens on 18th July. Similarly, members of Kabaddi Clubs across the state can also purchase tickets priced at INR 1000 for a flat fee of Rs.500 at the NSCI Box Office on display of their valid Kabaddi Association card.
NSCI members can avail a special discount of 10% at the Box Office by displaying their membership cards.
The Dome @ NSCI, SVP stadium will play host to the Maharashtra Derby as U Mumba will takes on state rivals Puneri Paltan for their opening home game at the on 20th July, 7:50 pm onwards on Wednesday. The opening day will also see another special event – with a match from the Women’s Kabaddi Challenge as the Storm Queens take on the Fire Birds at 9PM.