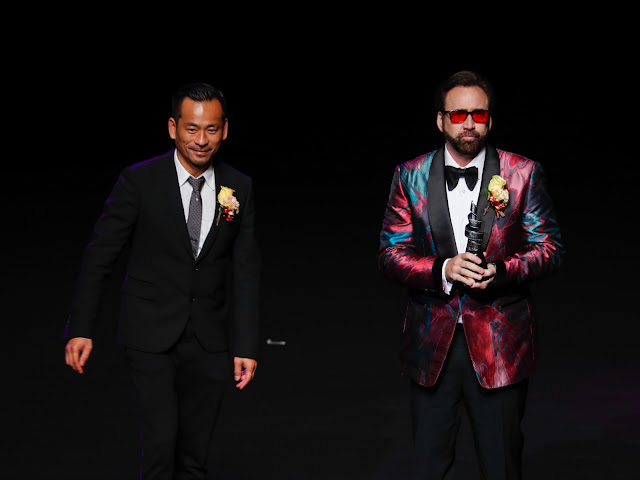 The 3rd International Film Festival & Awards‧Macao was unveiled with a grand opening ceremony at the Macao Cultural Centre at 7 p.m. on 8th December. Held from 8th to 14th December, the Film Festival presents over 50 spectacular films for the audiences under the theme “A New Avenue to the World of Films” once again. Held for film industry professionals at home and abroad, the IFFAM Industry Hub will also unfold tomorrow (9th December) for the next three days. 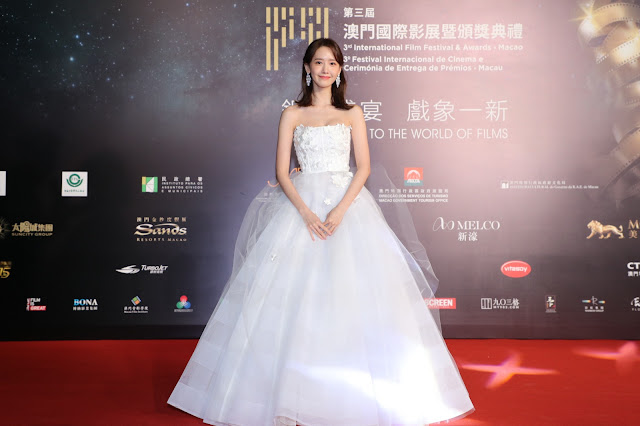 In her address at the opening ceremony, Director of Macao Government Tourism Office (MGTO) and President of the 3rd IFFAM Organizing Committee, Maria Helena de Senna Fernandes, remarked that being a member of the city cluster in the Guangdong-Hong Kong-Macao Greater Bay Area, Macao is resolute on the path to become a world centre of tourism and leisure. IFFAM will fully capitalize on the city’s competitive strengths and deliver the best in its role, to make an impact for Macao’s film, cultural and creative and tourism industries with an incessant momentum to move towards a sustainable future. She added that the Organizing Committee aspires to forge IFFAM into an East and West cultural exchange platform across borders and generations.

Opening performance features locally-composed songs
The opening performance of the 3rd IFFAM is a musical created by a team of local talent. Macao singers Kane AoIeong and Josie Ho gave their best performances in the musical. The story revolves around a boy named Wa Jai, who was born and raised in Macao. Deeply in love with films since as a child, he dreamed to become a film director and tell the story of Macao in films to show to audiences around the world. One day, a mysterious girl suddenly came to him, giving him every encouragement he needed for his pursuit of the dream. The scene of the musical was then transported to the opening ceremony, where the characters presented the posters of all the films screened in this year’s IFFAM and the short films of Local View Power.

Following the musical, the opening ceremony was officiated by Secretary for Social Affairs and Culture of the Macao SAR Government, Alexis Tam; Spouse of Chief Executive of the Macao SAR, Winnie Fok; Executive Chairman of the China International Culture Communication Center and Honorary Advisor of the 3rd IFFAM, Long Yuxiang; Director of the Propaganda and Culture Department of the Liaison Office of the Central People’s Government in the Macao SAR, Wan Sucheng; Director of the Department of Public Diplomacy and Information of the Office of the Commissioner of the Ministry of Foreign Affairs of the People’s Republic of China in the Macao SAR, Zheng Xinyou; Jury members of IFFAM, Mabel Cheung, Paul Currie, TillotamaShome, and DanisTanović; Talent Ambassador Nicolas Cage; MGTO Director and President of the 3rd IFFAM Organizing Committee, Maria Helena de Senna Fernandes; MFTPA President and Executive Vice President of the 3rd IFFAM Organizing Committee, Alvin Chau, and Artistic Director of IFFAM, Mike Goodridge, among others.

IFFAM Ambassador Kim Yong-Hwa, Talent Ambassadors Nicolas Cage and Lim Yoon A were presented tokens of appreciation by the Organizing Committee during the opening ceremony.

Opening film “Green Book” radiant with splendour
Adapted from a true story, the Opening Film “Green Book” starring Viggo Mortensen and Mahershala Ali was directed by Peter Farrelly. The film revolves around a story between an Italian-American bouncer and a black pianist on a concert tour from Manhattan to the Southern United States in the 1960s. The film highlights their friendship amid the looming threats of racism, a social issue confronted by people back in the old days. Aside from winning the People’s Choice Award in the 2018 Toronto International Film Festival, the two actors are considered as highly potential candidates for the Oscars for Best Actor and Best Supporting Actor in 2019. In addition, the film garnered 5 nominations for the 76th Golden Globe Awards, to be held next year, proving its extraordinary talents.

Confluence of entertainment, interchange and trade talks
54 remarkable Chinese and Western films are screened through IFFAM’s various sections including Competition, New Chinese Cinema, Gala, Flying Daggers, Best of Fest, Director’s Choice, Special Presentations and others besides during the opening and closing evenings. 14 film entries of Local View Power are also presented to the audiences.

Starting tomorrow (9th December) until 11th December, the IFFAM Industry Hub will be attended by over 240 film industry professionals from 31 countries and regions. As part of the IFFAM Industry Hub, the Macao Forum will offer a lively platform for multilateral exchange among worldwide film industry professionals, facilitating active sharing of viewpoints among participants on designated topics. On the other hand, the IFFAM Project Market will bring together 14 new film projects in search of investors, distributors or partnerships. A judging panel will select winners of the Best Project Award (top award), Creative Excellence Award, Best Co-production Award and Macao Spirit Award among the film projects, to be presented in the Project Market Awards Ceremony on 11th December. The IFFAM Industry Hub has also launched a programme of Work-in-progress Presentations this year, inviting filmmakers to present their film projects which are completed or close to completion, helping them to seek partnership opportunities for their film projects with regard to post-production and so forth.

This year, IFFAM offers full support once again to Local View Power, a programme organized by the Macao Cultural Centre. 14 outstanding film entries of Local View Power are divided for three public screening sessions at the Theatre of the Macau Tower Convention and Entertainment Centre.