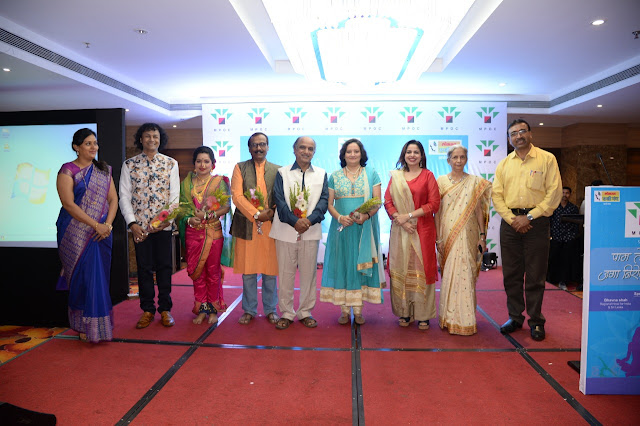 Mumbai: Malaysian Palm Oil Council hosted an event on ‘Healthy Living with Palm Oil’ in Pune. Ms Bhavna Shah, Regional Head, India and Srilanka, MPOC and Dr Meena Mehta, Asso. Pro, Food Science and Nutritionist were the speakers at this event. The event was an initiative by the Malaysian Palm Oil Council to uphold Malaysian palm oil with metropolitan Indians who are willing to enjoy delicacies and are health conscious as well.

The event which was held in Pune spoke about the benefits of Palm Oil is a vegetable oil produced from the oil palm fruit. Malaysia and Indonesia are responsible for producing about 85% of the world’s palm oil, while other producers include Thailand, Columbia, Nigeria, Papua New Guinea and Ecuador. Palm oil is found in almost 50% of food products in the supermarket; from chocolates to biscuits, cakes, crackers, cookies and peanut butter to ice-cream. Palm oil in its various fractions and derivatives are a common ingredient in these food products. In addition, oleochemicals derived from palm are also used in the production of personal care products, detergents and household cleaning products.
In the key note address, Bhavna Shah spoke about the food industry loves palm oil because of its versatility, its ease of use in various food applications and ability to prolong shelf-life of food products. One of the important functions which enables food manufacturers to use palm oil in their products is the replacement of partially hydrogenated unsaturated oils which contains trans fatty acids and which promotes heart disease. Palm oil is a fruit oil just like olive oil and is Non-GMO. 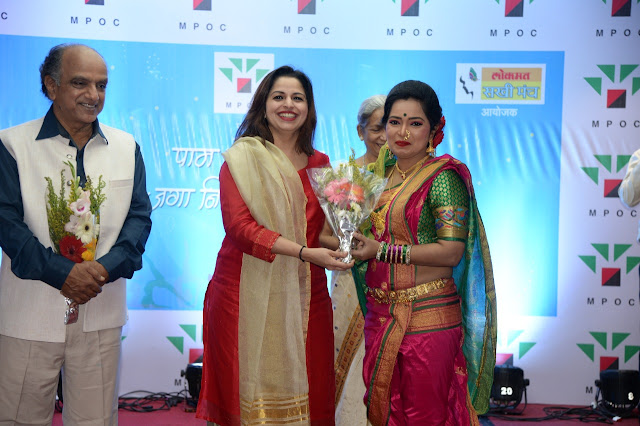 Palm oil is extracted from the flesh of the fruit or mesocarp while palm kernel oil is obtained from the oil palm seed (kernel). Both palm oil and palm kernel oil have different properties which enable usage in different food and non-food applications. Palm oil and palm kernel oil are refined and processed to produce various fractions. Palm oil is fractionated into palm olein which is the liquid fraction, high in monounsaturated oleic acid. This is the primary cooking oil used in tropical and sub-temperate regions of the world. Palm stearin is the solid fraction from palm fruit oil and is trans free. It is widely used in bakery and confectionary. Palm kernel oil is used widely as coating and confectionary fats and as cocoa butter substitutes. Palm kernel oil can also be fractionated into palm kernel olein and palm kernel stearin.
There are more than 300 scientific publications on palm oil health in animal models, cell culture studies and human dietary intervention trials which describe in detail the nutritional effects and benefits of palm oil and its components. Several human studies found that palm oil consumption has a relatively neutral effect on blood cholesterol and shown to increase the “good” HDL-cholesterol. Thus, the claim which is made about palm oil clogging the arteries and increasing blood cholesterol level is unproven conclusively in science.
Bhavna Shah was followed by Dr Meena Mehta who spoke about In a common man’s life daily food intake plays a major role to health and wellness. A balanced diet must be composed of all the nutrients in proper proportion. It means low carbohydrate, moderate fat and high protein. Intake of fat also play important role in maintaining the integrity of health. Fat in terms of edible oil consists of different essential fatty acids. Amongst this MUFA, PUFA and SFA along with omega acids are considered to be important for health. Many vegetables edible oil has different proportions of these essential fatty acids. WHO has recommended balanced proportion of these fatty acids to remain physically fit? Palm oil is rich in SFA content and moderate amount of health beneficial PUFA and MUFA. Palm oil is largely used in kitchen for cooking purpose because of various advantages. Palm oil has antioxidant properties which is useful in providing additional shelf life to fried food products. It has various health benefits and can provide shield against the CVD and many chronic heath disorders.

MPOC is headquartered in Kuala Lumpur, Malaysia. Its principal objective is to create awareness about Palm Oil, especially Malaysian Palm Oil, though MPOC does not get involved in the actual trading of palm oil or any other commodity. Speaking at the occasion, Ms. Bhavna Shah, Country Representative of Malaysian Palm Oil Council for India and Sri Lanka said, “India stands today as the world’s largest vegetable oil buyer and is responsible for about 17% of global palm oil consumption. With our 1.3 billion people, India is both the world’s largest consumer as well as the biggest importer of palm oil. Most of the Indian packaged food is prepared in palm oil but the consumers are not aware about palm oil’s health benefits.”