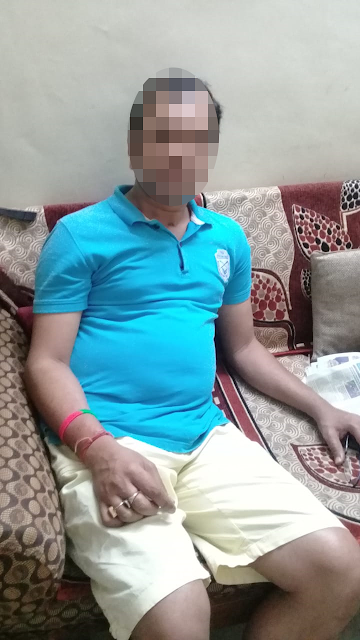 Doctors advised to follow FAST principle that includes inspecting face, arm and speech of patients
Strokes are preventable and treatable but urgency is needed in identifying the symptoms and taking the patients to the right treatment centre Says Doctor

Mumbai:  Doctors at Wockhardt hospital SOBO successfully treated 45-year-old business man Mr Nitin Kamat who was admitted for a brain stroke while going to work during morning hours.
Mr Nitin Kamat (name changed) as per his routine was on his way to office. While on his way he got a sudden stroke. An unknown person saw him fainting and helped him. He took his phone, which was unlocked and called his wife immediately who reached on the spot. They took him to nearby hospital, but due to unsatisfactory results they had to shift him to Wockhardt Hospital, Mumbai Central.
Dr Mazda Turel, Consultant Neurosurgeon, Wockhardt Hospital, Mumbai Central said, “It was a very emergent case. Mr Nitin Kamat had a hemorrhage within an infarction of his rightcerebral hemisphere and was rapidly deteriorating clinically. Hence we decided immediately to take him for surgery. We removed his bone flap and placed it into the abdomen. This procedure provides space for the swollen brain to expand outward rather than compress the vital structures within. He was then shifted in ICU.”
“After 2 to 3 weeks we again performed the surgery to replace the bone flap and give his skull the required shape. He regained his full power in his left upper and lower limb with 6 to 8 weeks of an intense rehabilitation programme; his tracheostomy was removed and started eating and speaking normally. Speech therapy was also given to him to bring back his voice, facial, lip, tongue and larynx movements.” Adds Dr Mazda
Early treatment is the key to reduce death and disability. Both preventative and post stroke services are key to improve quality of life for patients. Follow FAST (Face, Arms, Speech and Time) principle that includes inspecting the face of patients and asking them to smile, urge them to raise both their arms, asking them to try to speak and depending on the feedback, time to call emergency medical services.
Mrs. Kamat with tear in her eyes says, “I am very thankful to Wockhardt Hospital and the team of doctors. We celebrated our 11th marriage anniversary here. I request everyone not to lock your phone as my husband is alive only because someone operated his phone and took him hospital.”