The much Awaited Film Battalion 609 Launches its Trailer in Mumbai 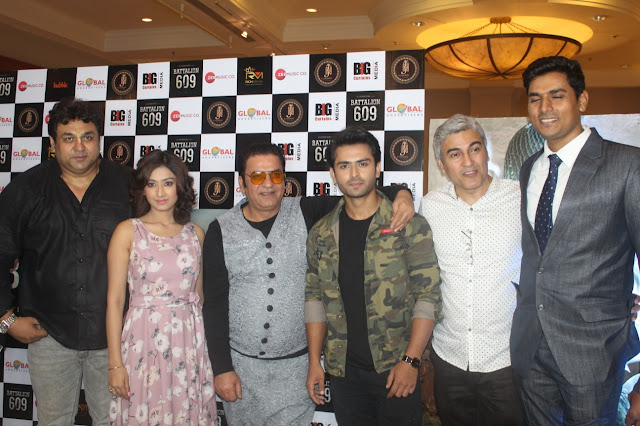 by Shrutee K/DNS
Mumbai: The URI Attacks gathered a lot of media attention in 2016 and the topic is yet a hot favourite topic of discussion. Forthcoming Film Battalion 609 is based on the incident that happened in Kashmir and the aftermath that shook the world. Amidst lot of fanfare and eminent personalities from the world of Hindi Film industry and Page 3 personalities, the Film launched its trailer in Mumbai and instantly received an overwhelming response from all present. Popular Television personality starring Shoaib Ibrahim is playing the lead and debuting in the world of films with this movie. Written and Directed by Brijesh Batuknath Tripathi and Produced by Naraindas Lalwani, the Films Music is by Shailendra Sayanti.
The film stars Shoaib Ibrahim, Elena Kazan, Farnaaz Shetty, Vishwas kini, Vicky Ahuja, CP Thakur, Jashan Singh Kohli and  Vikas Srivastava. The movie is releasing worldwide on 11th January 2019 by Big Curtains Media.

Shoaib Ibrahim who had a successful stint in television was waiting for a special script for his debut, sharing his views, says Shoaib, “When people used to ask me when I would debut in Bollywood my only reply would be that I want to begin my innings with a script that touches my heart and Battalion 609 is exactly what I wanted to do.” Reminiscing the experiences while shooting the film has made Shoaib more emotional about the Indian Army and the Actor feels that now the respect for them has increased by leaps and bounds. 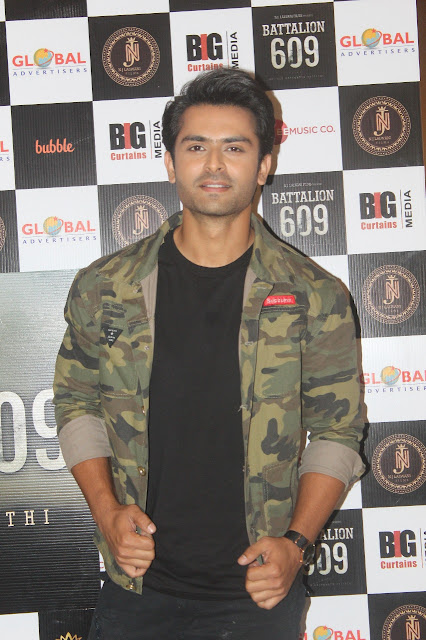 Expressing his excitement Producer Naraindas Lalwani says, “The Surgical Strikes were widely spoken about globally and as a Producer this is my maiden project, hence depicting the same in a meaningful cinematic way is important for not only me and the team of Battalion 609 but important for all of us in India to be aware of.”

Mr. Brijesh Batuknath Tripathi who is the director of Battalion 609 expressed his excitement saying “The movie is close to my heart and I believe will be close to any Indian’s heart, our soldiers are doing so much for us and are risking their lives so that we can stay safe, my this movie is a dedication to the Indian Army and their families who support these heroes to provide selfless service to our country.”
At the event were present various stars from Bollywood and eminent socialites like actors Govind Namdeo, Anil Dhawan, Comedian Sunil Pal and Mrs.Asia Woman of the Universe Mrs Naavnidhi.K.Wadhwa amongst others.