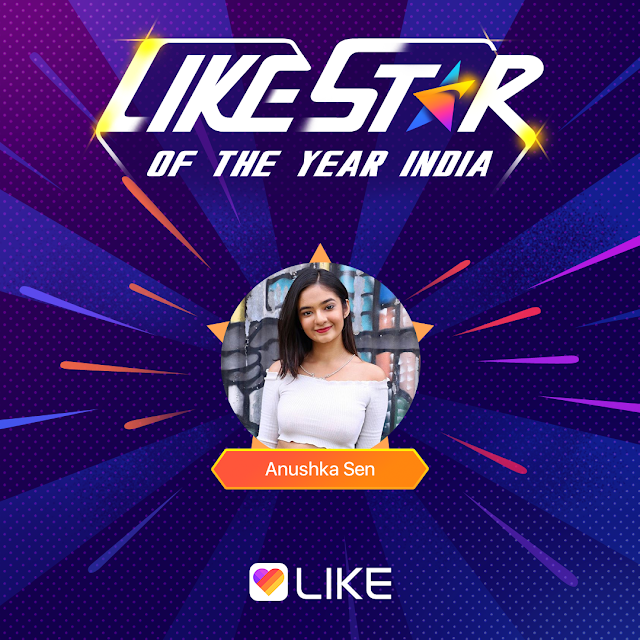 
Mumbai, 26th December, 2018: LIKE, a popular social video platform that had a successful Diwali campaign recently, just concluded its “LIKE Star of the Year India” contest for its Indian users. Anushka Sen who has been a sensation on the platform, won the title backed by her enormous fan following.

The successfully concluded contest divided into two phases included a preliminary round, which took place from December 13– 18 2018, where LIKE nominated 30 potential talents based upon their platform engagements. Basis users’ votes, top 3 talents advanced to the final round alongside 3 other Stars who were directly nominated by LIKE based on their stellar performance on the app through 2018. In the final round, all 6 finalists were to create a Hashtag topic and on receiving maximum engagement on her hashtag (#LIKEStarAnushka), Anusha Sen emerged as the winner of the contest with more than 6,147,000 likes on her videos. 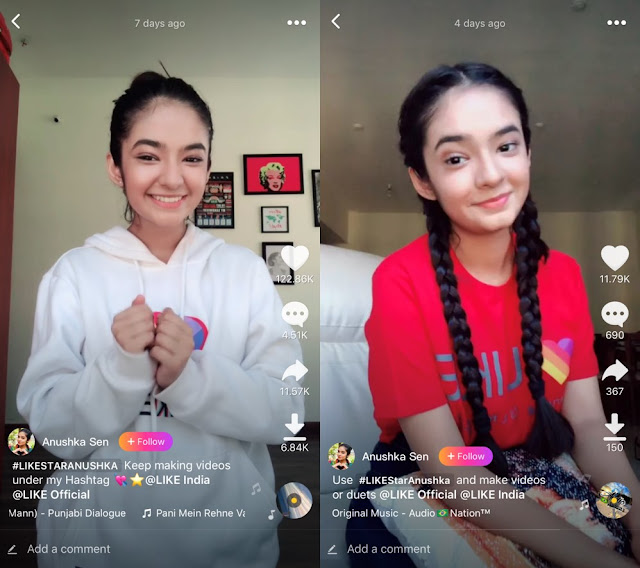 Anushka Sen, is a 16-year-old Indian actress is known for her work in various Indian television shows. She made her on-screen acting debut with the television serial ‘Yahan Main Ghar Ghar Kheli’ back in 2009 and became a household name with her role as ‘Meher’ in the TV serial “Baal Veer” in 2012. She has also appeared in several TV ads and made her movie debut in 2015 with the film “Crazy Cukkad Family”. With a movie poster release in Cannes earlier this year, Lihaaf is her next amongst the others set to release in 2019.

A trained dancer from the Shaimak Davar Dance Academy, Anushka has also anchored numerous events. Anushka has been using the LIKE app since August 2018 posting innovative and fun videos. Anushka has been an active video curator on the LIKE App and has an enormous fan base of 4.8 million followers.

With an intent to engage and allow users to showcase their creative side, LIKE App launched the ‘LIKE Star of the Year India’ Contest. Considering this platform is a hit amongst teenagers, LIKE App aims to give youngsters/millennials a platform to express themselves and create short-format video clips to gain following and build a community for themselves. LIKE App’s special features allow users to share unique videos using special effects to make their videos more entertaining.

About LIKE App: LIKE App is a leading social video platform created by BIGO Technology PTE. LTD., a developer of video editing, video broadcast and VoIP-related products used around the world. https://www.like.video/