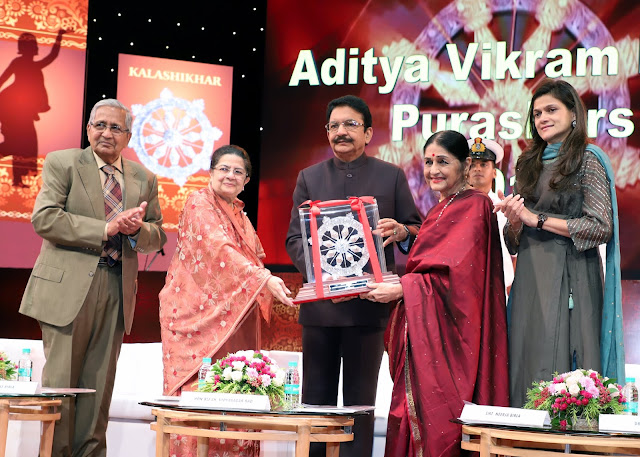 Founder-Director of Nalanda Dance Research Centre and Founder Principal of the Nalanda Nritya Kala Mahavidyalaya (Mumbai), Dr. (Mrs.) Kanak Rele (age 81); one of the most highly recognised and honoured Indian Classical Dance Exponents, a Pioneering Dance Educationist and a Noted Dance Scholar; has once again received recognitions for her significant contribution to the Classical Dance Form – Mohini Attam, which is also known as Mohiniattam or Mohiniyattam.

Since time immemorial, Indian dance forms had gained popularity not only inside the country but also at different parts of the world. However, with passage of time, many of these classical art forms faded due to lack of adequate sponsorship and systematic conservation efforts. Dr. Rele, a qualified lawyer and researcher in International Law at the University of Manchester U.K., also took up the cause to promote the Mohini Attam dance form and received her  Ph.D. from the Faculty of Fine Arts, University of Mumbai. 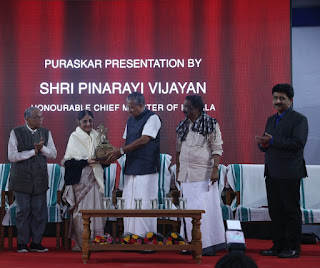 Around fifty years back, when Mohini Attam had reached a point where only a few items from its once rich repertoire were remembered, Dr. Rele received a research grant (1970-71) from The Ford Foundation and filmed the traditional dances of the surviving exponents of Mohini Attam. She critically analysed this recorded data with diligent care in light of the ‘shastric’ (classical) tenets and arrived at an authoritative format for the technique of Mohini Attam. Thus, she revived the old and almost forgotten dance items of the Kerala tradition, and cast them in Sopana (a form of Indian classical music that developed in the temples of Kerala) mode. With her deep knowledge of the technique of the ‘shastras’ (works of sacred scriptures) and native creative brilliance, Dr. Rele has choreographed more than 50 of these items. Thus, Mohini Attam now has a rich repertoire that it can claim all to be its own.