ZEE5 LAUNCHES THEIR MUCH AWAITED SERIES ‘DATE WITH SAIE’ 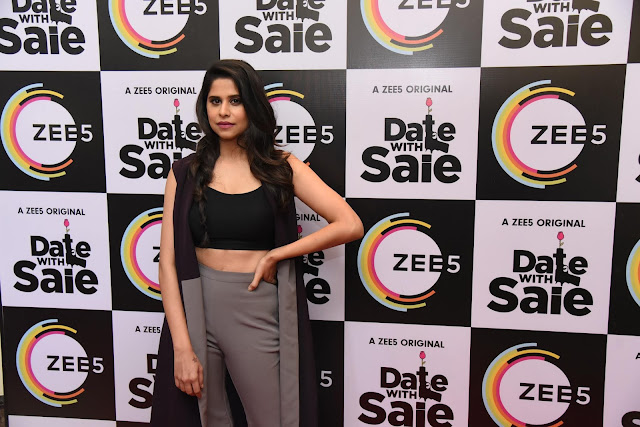 Mumbai, December 4, 2018: After all the hype surrounding the series, its concept and its protagonist, ZEE5 announced that their awaited Marathi Original, Date with Saie, starring the talented Saie Tamhankar, will go live on the platform from December 5th. Along with Saie Tamhankar, present at the event were director Dnyanesh Zoting, producer Nikhil Sheth (Potadi Entertainment), co-star Rohit Kokate, Aparna Acharekar, Programming Head, ZEE5 India amongst others.

Date With Saie shows you the workings of a manic film-maker’s mind who stalks Saie Tamhankar and secretly shoots a film featuring her. Saie is unaware that the events in her life are actually being choreographed by him (stalker played by Rohit Kokate) to make a film. It takes you through spine-chilling scenes and shows how a fan can turn fanatic and eerie. The show has already generated much interest with the teaser as well as trailer going viral in a matter of a few hours of it going live. 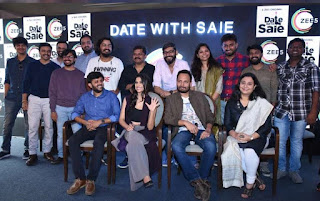 You will also see Saie’s friends as well as popular talent from the Marathi industry like Amey Wagh, Siddharth Chandekar, Lalit Prabhakar, Parna Pethe, Shreya Bugade, Girija Oak Godbole and Pooja Thombre who play themselves and are a part of a crucial episode. Veteran Marathi film directors Ravi Jadhav, Rajesh Mapuskar and Sanjay Jadhav will also be seen playing themselves in the show. Saie Tamhankar says, “Shooting for Date With Saie was a completely new and unconventional experience for me. I am thrilled to make my digital debut with such an amazing concept. It led me to think about the consequences that fame can lead to and coupled with technology, the huge danger it can pose for easy targets like us. I am glad to associate with ZEE5 whose phenomenal reach will ensure a larger audience can view it on the platform. Really looking forward to this one.”

Manish Aggarwal, Business Head, ZEE5 India said, “With the launch of Liftman and Horn Ok Please, the widespread acceptance of ZEE5 by the Marathi-speaking audience has been an encouraging one for us. Not just Marathi Originals, but dubbed versions of other language shows – Karenjit Kaur (Hindi), Kallachirippu (Tamil), Utsaha Ithihasam (Malayalam), Kaali (Bengali) – in Marathi have also seen wide viewership. This led us to explore edgy and never-seen-before formats for this evolved audience. Date With Saie is a new-age thriller that explores the complexities of evolving technology. Saie’s popularity complemented by this interesting concept – we trust we have a winner.” 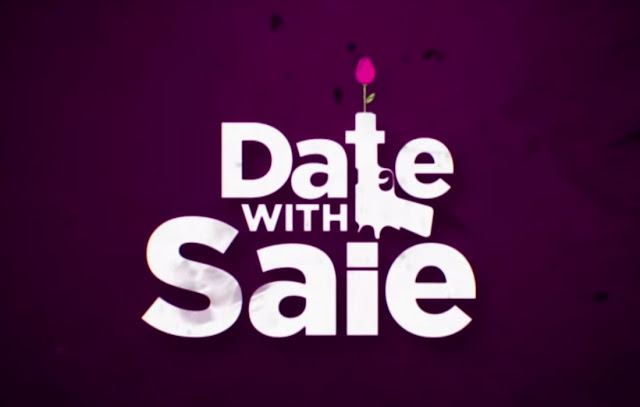 Aparna Acharekar, Programming Head, ZEE5 India said, “Date With Saie deals with a topic that is still prevalent today – stalking. The story is about a film-maker who is obsessed with Saie and shoots a movie with her, without her knowing. At ZEE5, we constantly strive to present the best content created in a way that interests the consumer. From a Marathi Originals standpoint, we already have three shows on the platform including Date With Saie which premieres on 5th December. Saie Tamhankar is a popular actress and along with actor Rohit Kokate, Potadi Entertainment and Director Dnyanesh Zoting, the entire team has put together an interesting and unique Marathi web-series.” With over 3500 films, 500+ TV shows, 4000+ music videos, 35+ theatre plays and 90+ LIVE TV Channels across 12 languages, ZEE5 truly presents a blend of unrivalled content offering for its viewers across the nation and worldwide. With ZEE5, the global content of Zindagi as a brand, which was widely appreciated across the country, has also been brought back for its loyal viewers.

Pricing: Freemium pricing model with both free and paid premium content (including Originals) to cater to a mix of audiences. Viewers who subscribe to the ZEE5 subscription pack will get access to the entire library of content with – 99/- for 1 month and 999/- for a year.

About ZEEL: Zee Entertainment Enterprises Ltd. (ZEE) is a worldwide media brand offering entertainment content to diverse audiences. With a presence in over 173 countries and a reach of more than 1.4 billion people around the globe, ZEEL is among the largest global content companies across genres, languages, and platforms.

ZEE is present across broadcasting, movies, music, digital, live entertainment and theatre businesses, both within India and overseas. ZEE has more than 250,000 hours of television content and houses the world’s largest Hindi film library with rights to more than 4,200 movie titles across various languages. ZEE has also produced several movies for theatrical release and is the fastest growing music label in India. www.zeeentertainment.com