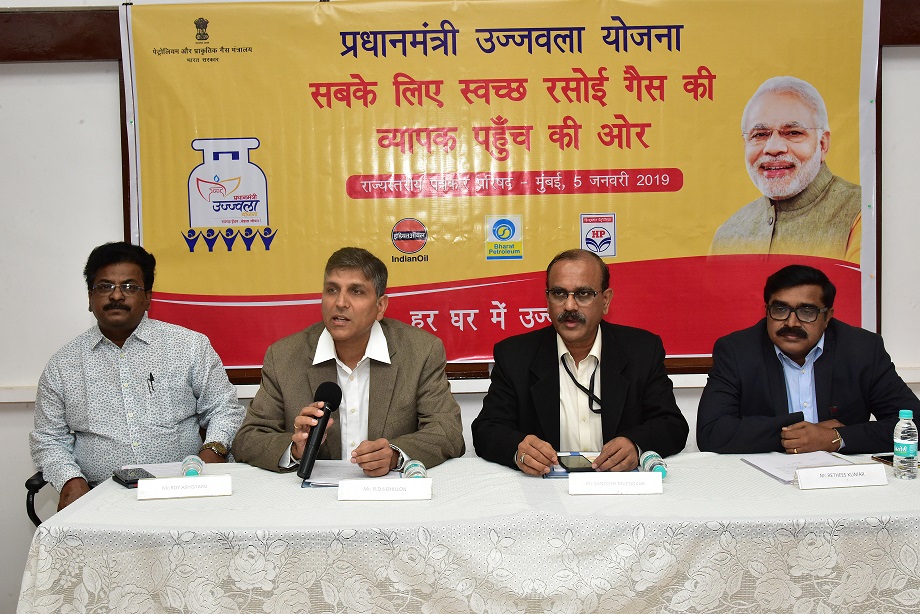 MoP&NG, Govt. of India introduced ‘Pradhan Mantri Ujjwala Yojana’ (PMUY) for which budgetary provision of Rs.12,800 crore has been provided for releasing 5 Crores LPG connections to women member of BPL households by March’19 and additional 3 Crore LPG connections by March 2020. The scheme was formally launched by Hon’ble PM Sh. Narendra Modi at Ballia, Uttar Pradesh on 01.05.2016.

Industry has crossed 5 Crore mark during August ’18 which was 8 months ahead of schedule. PMUY is a revolution which has removed smoke from the kitchens of the poor households in the country by providing them accessibility to clean cooking fuel LPG and making it one of the largest social inclusion initiative ever. 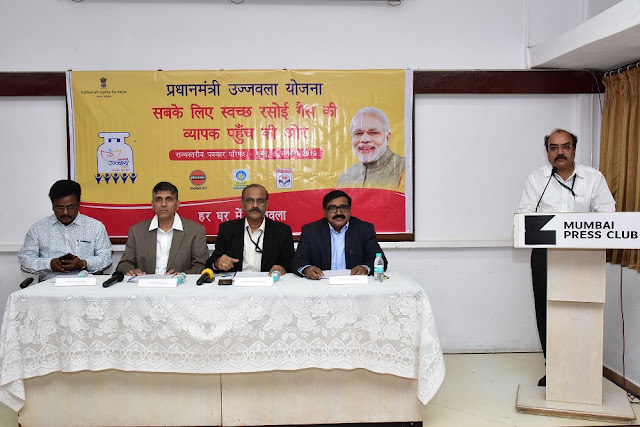 Last year the PMUY coverage was enhanced and new 7 categories SC/STs households, beneficiaries of Pradhan Mantri Awas Yojana (PMAY) (Gramin), Antyodaya Anna Yojana (AAY), Forest dwellers, Most Backward Classes (MBC), Tea & Ex-Tea Garden Tribes, people residing in Islands / river islands.
Recently, in order to give a universal reach of clean cooking fuel LPG in the country the Cabinet Committee on Economic Affairs (CCEA) chaired by Hon'ble Prime Minister, has given a latest decision to release deposit free LPG connections to poor families, who were not in SECC list or not under 7 categories of EPMUY.

In the State of Maharashtra BPCL has released. 12.40 Lac, HPC has released 14.0 Lac and IOCL has released 8.22 Lac LPG Connections that is total 34.62 Lac number of beneficiaries have been provided with LPG connection under the scheme till 25.12.2018 with total state coverage stands at 97% as of 30.11.2018 against earlier coverage of 81% as on 01.04.2016.
78.5 % beneficiaries under the scheme, who could not afford to make upfront payment for purchase of gas stove and first refill, were provided loan facility by the OMCs.

It is significant to mention that 88% of PMUY beneficiaries in the district have comeback for refill of LPG cylinder after the connection released and the average per capita consumption is 2.88 Cyls. per Year.

Significant direct health benefits for women and their families as a result of reducing exposure to household air pollution from burning of solid fuels and kerosene.

Reduction in emissions of pollutants such as methane, black carbon and organic carbon released by inefficient solid fuel stoves, with the first two species contributing to global warming

Less pressure on forests, where wood fuel including charcoal use is harvested non-renewably and contributing to loss of forests;

Reduction in women and child labour time in fuel collection and cooking, opening up opportunities for alternative engagement in education, other productive labour and social activities; The opportunity to increase societal benefit from global LPG use, given that LPG is abundant.