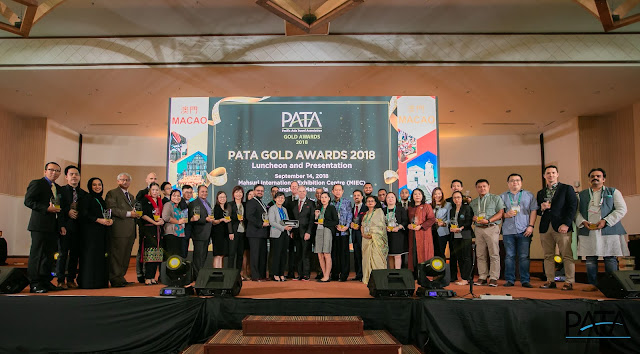 Cinnamon Hotels and Resorts together with their globally acclaimed ecotourism arm Cinnamon Nature Trails were recognized for their ground-breaking elephant conservation project by the Pacific Asia Travel Association (PATA) for the PATA Grand and Gold Awards 2018. They were honoured with the Gold Award for the Best Ecotourism Project under the Environment category at the awards ceremony held in Langkawi, Malaysia during the PATA Travel Mart 2018.
“It was a great honour to receive a PATA Gold award for the Best  Eco-Tourism project focused on Elephants.  We have much more to achieve and this award will provide motivation for the work ahead.We take great pride in the work that we do to promote responsible tourism in Sri Lanka, and the Cinnamon Elephant Project is one that is extremely significant to us due to the critical nature of this sensitive issue,” stated Chitral Jayatillake, Head of Nature Trails at Cinnamon Hotels & Resorts. 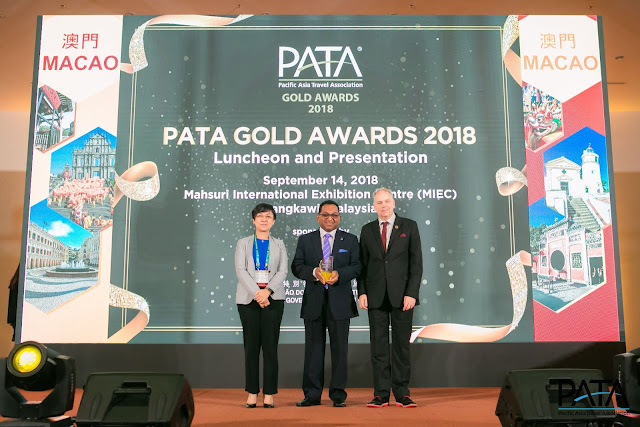 The PATA Awards 2018 attracted 200 entries from 87 organizations and individuals worldwide. An independent judging committee consisting of fourteen senior executives from the global travel, tourism and hospitality sectors selected the winners. Dr. Mario Hardy, PATA CEO, stated in an official announcement released by PATA, “This year’s winners exemplify the true values of the Association in working towards a more responsible travel and tourism industry in the Asia Pacific region.”
Considered to be among the top 10 greatest natural animal spectacles in the world, the Elephant Gathering is the largest wild gathering of the Asian elephant, occurring annually within the safety of the protected Minneriya and Kaudulla National Parks in the North Central Province of Sri Lanka. The Cinnamon Elephant Project is a collaborative effort initiated in 2014 by Nature Trails and Centre for Conservation and Research with the full funding support from John Keells Foundation. This integrates both long-term conservation efforts of the endangered Asian elephant, and inclusive ecotourism practices in Sri Lanka through elephant viewing during the annual elephant gathering.
The team successfully completed the first phase of the project in 2017 where over 70 elephants were identified, named and photo-catalogued. Phase two of the project was activated in early 2018 with the collaring of the matriarchs of two elephant herds with support from Department of Wildlife Conservation (DWC), which enabled state-of-the-art satellite and GPS tracking of the two herds after the dispersion of the gathering.
Data gathered from tracking both collared matriarchs will help understand the exact seasonal movement of the elephant herds, and help tackle human-elephant conflicts through better land and water management recommendations. This also facilitates effective, long-term conservation initiatives for Asian elephants.
About PATA: Founded in 1951, PATA is a not-for-profit membership association that acts as a catalyst for the responsible development of travel and tourism to, from and within the Asia Pacific region. The Association provides aligned advocacy, insightful research and innovative events to its member organisations, comprising 98 government, state and city tourism bodies, 19 international airlines and airports, 91 hospitality organisations and 70 educational institutions, as well as over a hundred young tourism professional (YTP) members across the world. The PATA network also embraces the grassroots activism our 36 Chapters and 20 Student Chapters across the world. Thousands of travel professionals belong to the 36 local PATA chapters worldwide, while hundreds of students are members of the 20 PATA student chapters globally. Visit www.PATA.org.