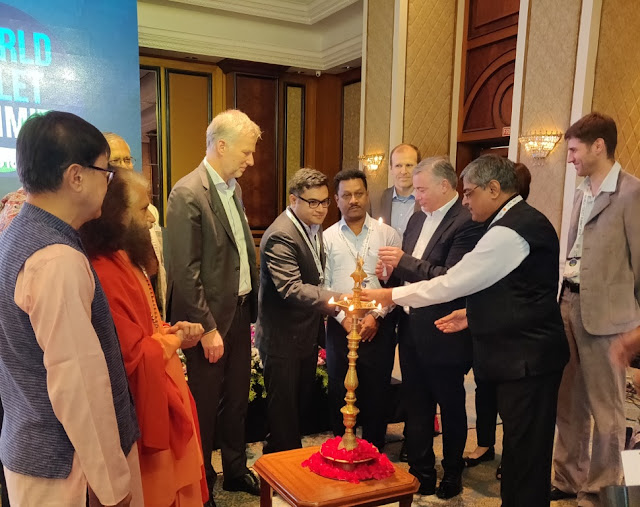 Mumbai, November 21, 2018: Merino Restroom Solutions, one of the pioneers in restroom cubicle solutions in India participated in The World Toilet Summit, 2018. The Summit, this year has come to India for the third time, with the theme ‘Can the world be ODF by 2030, in support to the Government’s Swachh Bharat Mission.

The Summit was supported by Government of Maharashtra, Shri Devendra Fadnavis, Hon’ble Chief Minister of Maharashtra shared his thoughts through a video message. In his address, Shri Fadnavis said, “It gives me immense pleasure to share that now Maharashtra has become 100% open defecation free (ODF), 55% of which has been covered since 2014. After becoming ODF, we have given plans of sustainability to every Village Panchayat, encouraging them by presenting awards every year, even kids engaged themselves in awareness drive. We also did a lot of work on clean water & all this lead to creation of jobs, economic development. Now, rural area is witnessing major transformation with this and many other initiatives.” “I am happy to see the efforts by World Toilet Organization and their partners in taking necessary steps to achieve ODF status. I am sure with the given pace; we will make ODF India by 2019, as planned by Hon’ble Prime Minister Shri Narendra Modi.” he added. 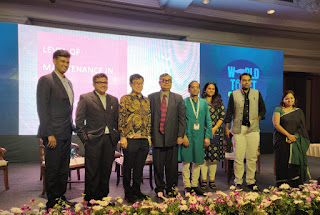 Speaking on the "Sanitation and Evolving needs of Urban Public Toilets” Mr. Madhusudan Lohia, Director, Merino Restrooms said, “The government’s Swachh Bharat (Clean India) Mission, Launched in October 2014, increased the country’s sanitation coverage from 39% to 65% by November 2017. In this period, 52 million household toilets were built in rural India. According to the Economic Survey 2017-18, sanitation coverage in rural India has increased substantially from 39 percent in 2014 to 76 percent in January 2018. The number of persons defecating in the open in rural areas, which were 55 crores in October 2014, has declined to 25 crores by January 2018. Also, 296 districts and 307,349 villages all over India have been declared Open Defecation Free (ODF) so far. Eight states and two Union Territories, which include Sikkim, Himachal Pradesh, Kerala, Haryana, Uttarakhand, Chhattisgarh, Arunachal Pradesh, Gujarat, Daman and Diu and Chandigarh have been declared ODF completely”. Mr. Jack Sim, Founder, World Toilet Organization, also shared his thoughts and said, “The problem of open defecation is not only restricted to India. Not only it has taken lives of many, it has impacted the honor as well. Hence, it is important for everyone to work unanimously and contribute to achieve the 100% open defecation free.  We believe in the necessity of a comprehensive behavioral change strategy to focus on bringing the change in the mindset of people and also provide sustainable solution for easy access. We are certain that the summit successfully conveyed a strong message to address current sanitation challenges in India and the world.”

This Summit attracted over 300 International and National/global experts from Water, Sanitation and Hygiene (WaSH) sector, including delegates from leading corporate houses, Government agencies, ULB’s, NGOs and social business delegates. It comprised of interactive sessions with Keynote Speakers, Panel Discussions, Awards, and exhibitors. This summit proposed to create a base for the establishment of Multisectoral Partnerships, leveraging on local as well as international movements which will be supportive to the Swachh Bharat Mission. India, the world’s second-largest country by population, has the highest number of people (732 million) without access to toilets, according to a new report. The report by WaterAid, titled Out Of Order: The State of the World’s Toilets 2017 further stated that 355 million women and girls lack access to a toilet.

Sharing thoughts at the event, Akshay Kumar, Actor and Activist said, “I am pleased to see more and more people joining the movement that our honorable Prime Minister, Narendra Modi, started four years ago. We have seen a major transformation taking place in India owing to the Swachh Bharat Mission. I am proud to associate with this mission in spreading the message of cleanliness and sanitation across the country. But we still have a long road ahead of us and I urge everyone to contribute at their individual level to sensitize people about the consequences of open defecation and the importance of clean toilets.

Merino Restrooms aims to provide clean and elegant urban restroom solutions which are thoughtfully designed based on intrinsic needs and challenges of various user demographics. Merino Restrooms carries the legacy of the parent group which is built on the steady pillars of a globally relevant mission, a far-reaching vision of attaining Economy and Excellence based on Ethics. Merino Restroom solutions have been installed at various iconic places in India like newly erected Statue of Unity, Honorable Supreme Court, Chattarpati Shivaji International Airport, ITC Greens, Wipro, Microsoft, Flipkart, and DLF Mall of India to count a few.

About Merino Group: The Merino Group has been a leading player in the laminates and panel industry. The first product was plywood, launched in 1974 and later it spread its wings into high-pressure decorative laminates in 1981. The Group has diverse business interests expanding into Interior Architectural Products, Information Technology and Food & Agro business. Merino Group has an annual turnover of 190 million USD in FY 2017-18 with a global market presence in over five continents. Over 3500 employees, 5 production units and more than six allied surface solutions having endless design possibilities are what ensure a consistent range of superior quality products and the Group's continuous significant growth in the challenging market scenario. With innovation and perfection at its core, Merino commits to the highest manufacturing standards with a strong customer support.