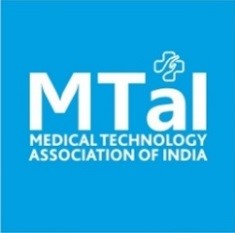 Mumbai, 20 November 2018: Medical Technology Association of India (MTaI), which represents leading research-based medical technology companies with significant investments in manufacturing & healthcare worker training in India, said the government should allow a one-time increase of upto 18% in MRPs of medical devices, including stents and orthopedic knee implants, as rupee depreciation and inflation have raised their cost to companies.

Rupee has depreciated 13.13% against the US dollar and 12.33% against Euro in last one year. Wholesale price inflation has hovered between 4% and 5% during this period. The current regulatory framework in India mandates price ceiling for scheduled devices like stents and orthopedic knee implants and allows only upto 10% increase in Maximum Retail Prices (MRPs) of regulated non-scheduled devices like catheters, heart valves, etc.

The government had fixed price ceiling for stents and knee implants in 2017 based on landed cost of these devices in India. The rupee depreciation has increased the landed cost by around 14%.

“The dual effect of weakening of currency and inflationary trends is creating an extra-ordinary situation and the medical device companies are finding it increasingly difficult to sustain the supply of medical devices in the present situation. Long-term cross subsidization to keep the supplies is not healthy for the growing medtech sector. The present situation calls for an increase in our net realized prices,” MTaI Chairman and Director General Mr. Pavan Choudary said.
Para 19 of Drug Price Control Order (DPCO) 2013 allows the government to revise the prices of drugs under extra-ordinary circumstances. “Notwithstanding anything contained in this order, the Government may, in case of extra-ordinary circumstances, if it considers necessary so to do in public interest, fix the ceiling price or retail price of any drug for such period, as it may deem fit and where the ceiling price or retail price of the drug is already fixed and notified, the Government may allow an increase or decrease in the ceiling price or the retail price, as the case may be, irrespective of annual wholesale price index for that year,” the Para 19 states.

Mr. Choudary said: “The government should allow a 14-18% increase in the ceiling price of all notified medical devices (including stents and knee implants) this year and not stick to the 10% ceiling on MRPs as per the DPCO 2013 given the unprecedented depreciation of the rupee and other inflationary trends.”

“MTaI believes unreasonably high trade margins are a major contributor to the increased MRP of medical devices. This is supported by 4 independent government reports namely, CCI- Policy Note on Affordable Healthcare (October 2018); NITI-Aayog’s Concept Note on Medical Devices (July 2018); NPPA’s report on overcharging by hospitals (February 2018) and Report of the Committee of High Trade Margin in the Sale of Drugs, 2016 (DOP Report). MTaI strongly recommends Trade Margin Rationalization from first point of sale, which is the price to the distributor, as recommended by DOP Report and as suggested by NITI Aayog’s concept note, as this could bring in affordability. It would also ensure the continued availability of medical devices and investments in capacity building in this sector, which is crucial for the success of Ayushman Bharat (PMJAY). The trade margin rationalization should replace any suboptimal regulatory instruments such as price control,” Mr. Choudary added.

About Medical Technology Association of India (MTaI): Medical Technology Association of India (MTaI – pronounced as Em-tai) is a not-for-profit organization duly registered under sub-section (2) of section 7 of the Companies Act, 2013 and Rule 8 of the Companies (Incorporation) Rules, 2014. MTaI is an association of research-based medical technology companies who have made remarkable investments in Manufacturing,R&D and Health Care Workers Training in India. MTaI represents a wide spectrum of the medical device industry with global experience in innovation and manufacturing. All the time stressing on the three hallmarks of healthcare - Quality, Consistency and Patient Safety, MTaI wants to be a responsible voice of the industry. The association is committed to improving access to affordable and quality healthcare for patients.

MTaI looks to partner with the Government of India in setting a roadmap for the growth of medical devices sector by bringing in even bigger investments in this sector, through 'Make in India’ and through technology upgradation and dissemination in the provider space. http://mtaiindia.org/