Mumbaikars to Take up Sports with MUMBAI GAMES 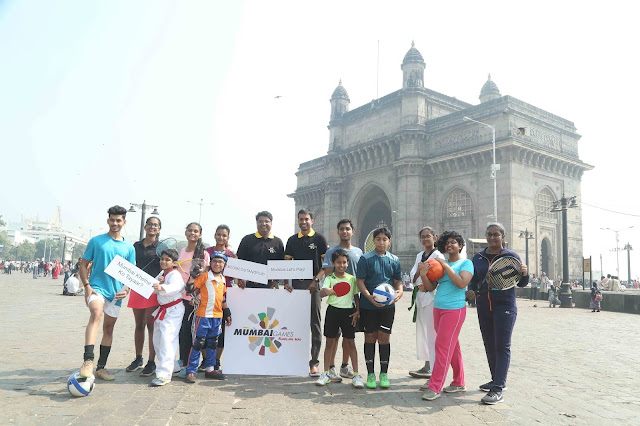 Mumbai, November 14, 2018: World’s 1st ever City Level, Franchise Based, Multi-Sport, Multi Age Group Sports Extravaganza, Mumbai Games was launched amidst much glitz and fanfare in the presence of eminent Olympian - Pullela Gopichand, National chief badminton coach & Rajiv Gandhi Khel Ratna awardee. Mumbai Games aims to get Mumbaikars to come out and play. It has been conceptualized by SportzConsult based on 15 years of experience of working with federations, brands, governments and education institutes engaging 4.5 million people annually in sports. The program, which has been accredited by the Maharasthra Olympic Association (MOA), will influence people to inculcate sports as part of daily lifestyle. Mumbai is all set to practice, prepare and play.

Gopichand, Rajiv Gandhi Khel Ratna awardee and Chief Coach for the Indian badminton team said, “This is an absolutely unique concept for India. This will ensure that people do not just enjoy watching sports on TV / Mobile but also to experience the joy of playing. One need not be great at a sport to experience the magic of sport. I believe what Marathons have done for running as a sport, City Games will do for all the other sport. Mumbai Games has the potential to achieve this success and I congratulate them for this endeavor.”

Speaking at the launch, Jitendra Joshi, Co-Founder & Director, SportzConsult, and brainchild behind Mumbai Games said: We believe in the immense power of sports. At the individual level, it has the power to provide 3H – “Health Happiness and Holistic Education. And at the Community level, City level and at the Country level it has the power to bind people. When people play, they don’t care of race, religion, social status. Sports is a unique unifier and it is with that belief, SportzConsult is launching the City Games and starting with Mumbai Games and subsequently launch other cities. We are glad to have champions like Pullela Gopichand, Anjali Bhagwat and Viren Rasquinha, who subscribe to our view and mission and are part of the Governing Council.” 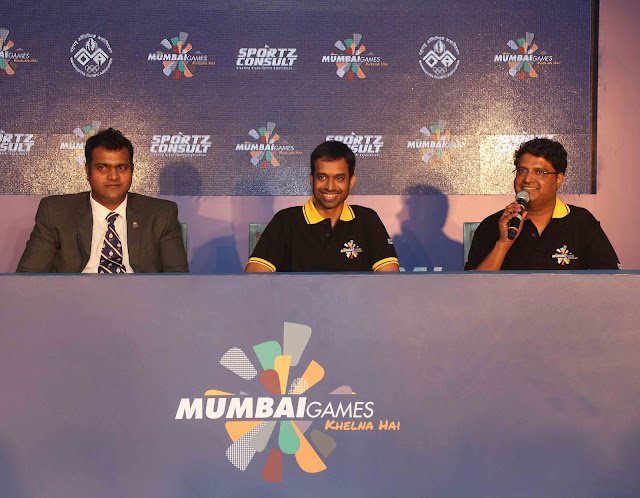 Anjali Bhagwat, Arjuna Awardee mentioned that getting players to participate in non-spectator sport like shooting is difficult. “Mumbai Games also ensures a huge spectator base. Lot of parents, friends and people from the local community can come and view their wards playing. It would boost the morale of the kids and help them understand nuances and technicalities of certain sports like shooting and archery. This will be a boost for the city and should be replicated in every city in the coming years.”

Viren Rasquinha, Olympian and patron of hockey said that the time he spent on the streets of Bandra while growing up where he played multiple sports like Hockey, Football, Seven Tiles and Gilli Danda were his first exposure to sports and most cherished memories with friends. Games like hockey at that time witnessed huge crowds and through this initiative it will bring back that much needed zeal. “We need to reinvigorate the spirit of playing sports in the city. We cannot be a one-sport loving nation. We need to be a sport playing nation.”

FORMAT OF THE GAME

Contingent format: Mumbai will be divided into eight Contingents across the Mumbai Metropolitan Region ranging from Virar to Churchgate to Navi Mumbai and Thane region. Participants residing in a region will be assigned a Contingent based on his / her pincode. The format will allow the participant to go beyond themselves or their sports team and to represent their contingent / ‘ilaaka’ as a Mumbaikar would say.

Franchise model: The Mumbai Games will follow a first-of-its-kind franchise model for amateur sports, where each Contingent will be owned by a franchise owner – people who are passionate about sports. The model will create a bigger platform and increase participation by allowing to go hyper-local.

Multiple divisions: The players will be divided into two divisions Elite & Amateur, where in the participation in the Elite division will include a pool of top seeded players which will be created and will be assigned to the teams through an auction. By watching these players play and prepare, young players can learn and get inspired.

Multiple cups: To give opportunity for the amateurs to compete with the players of their own level, Mumbai Games will have two Cups in the Amateur Division. This will make the competition more fun and a thrilling experience. Plus, league format allows more games and therefore more fun!

Mumbai Games is a first of its kind and will have a series of ‘Firsts’ that have been integrated in to amateur sports. All this will add to the participant’s experience and journey. The magnanimity of Mumbai Games will not only ensure that it is a Grand Sports Extravaganza but also a festival where the city is going to bond over sports. Participants of all ages can take part in the 16 games which will be played over 12 weekends, starting December 14, 2018.

About Us: SportzConsult, India’s premier sports management company, was founded in 2003 with the vision to get more amateurs to play and transform India into a sporty nation. Over the last 15 years, SportzConsult has worked relentlessly with federations, brands, leagues, govts and schools. (4.5 million people, 100+ events, pan India) to facilitate playing opportunities for over four million Indians annually. Boasting of managing India’s largest grassroot programs like RF Jr. NBA and Reliance Foundation Youth Sports, and with providing a great participative experience at the core of its ideology, SportzConsult today is the frontrunner in the amateur sports participative space in India. As on date, SportzConsult is working with clients like IMG-Reliance, Tata Tea, Hero Motocorp, TI Cycles, Nestle Milo, Mattel Hot Wheels, Red Bull, Nike, BBC and Gold’s Gym to name a few. SportzConsult is part of the SportzVillage group.