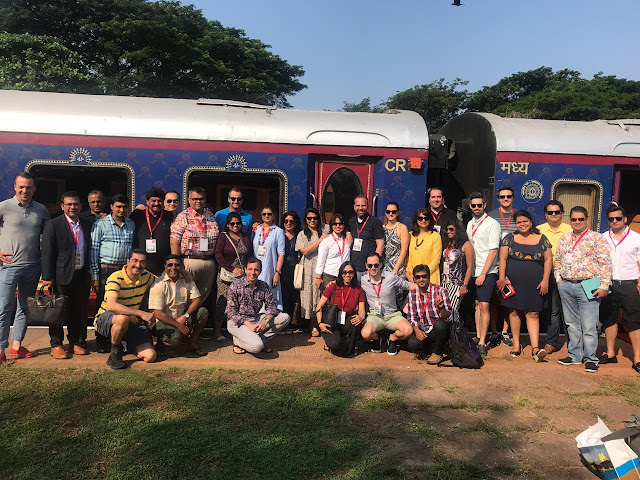 Mumbai, 12th November 2018 - Indian Tourists are increasingly looking at Switzerland as a travel destination because of the plethora of options it offers to each traveller. In order to showcase these diverse options, Switzerland Tourism has taken its multiple offerings across the four Indian cities of Mumbai, Pune, Kolkata and Delhi through its recently-concluded annual roadshow that saw the participation of destinations, hoteliers, transport partners, mountain excursions and other local representatives from various parts of Switzerland. Key partners included the cities of Zurich, Lucerne, Interlaken and St. Moritz, regions such as Lake Geneva Region and the Swiss Travel System among others.

Switzerland’s increasing number of Indian overnights can be attributed to the very successful and talented Bollywood actor Ranveer Singh coming on board as the brand ambassador in August 2016.  We had a 23.4% increase in the overnights spent by Indians in Switzerland in 2017. This number has exponentially gone up, primarily on account of the well-received Ad campaigns that had Ranveer Singh showcasing the different experiences available in Switzerland. 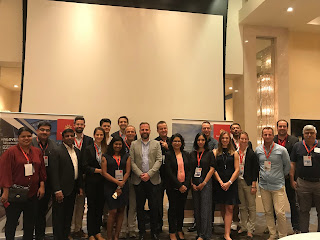 “This year has also been a very exciting one for Switzerland Tourism with the passionate and effervescent Ranveer Singh continuing as our brand ambassador. His charm and energy are unparalleled, and he has showcased Switzerland in a very attractive and diverse light, be it adventure, sports, culture, food, new destinations or experiences. Each year, we see a growing interest among Indian travellers but 2017, thanks to Ranveer, the overnights have been extremely high. Our numbers this year are also encouraging – we are up 10% in hotel overnights in the period January to August 2018 as compared to the same period last year. Besides this campaign, we also continue our travel trade campaigns – with regular webinars, training sessions in tier 2 and tier 3 cities as well our new e-learning modules on the Switzerland Travel Academy,” said Mr. Claudio Zemp, Director – India, Switzerland Tourism.  The roadshows in all the four cities had a special B2B session where the Indian travel agents met and discussed business prospects and ideas with the Swiss delegations. Mr. Claudio Zemp, Director - India, Switzerland Tourism & Ms. Ritu Sharma, Deputy Director - India, Switzerland Tourism also shared their insights on the current market growth, while discussing new products and trends on tourism in Switzerland.

“Switzerland is the ideal travel destination for everyone because of the diversity in options it offers. It is a 365-day destination that is ready for visitors any time of the year. What also sets us apart in terms of the convenience and ease-of use for tourists is our Swiss Travel Pass  - an all on one ticket valid on all modes of public transportation. We together with Swiss International Airlines have recently introduced the Stopover Switzerland program allowing travellers to stop in Switzerland from 1 to 4 days on their way to any other destination. We offer multiple packages – for individual cities as well as multi-destination packages. This would give travellers a chance to sample Switzerland without having to pay anything extra for airfare. We are sure that these travellers will then return for a longer holiday once they have experienced the charms of Switzerland. We are happy to note that in the last few years, apart from the metro cities, we have managed to penetrate the Tier 2/3 markets as well and we see not only group travel but also FIT’s from these cities,” said Ms. Ritu Sharma, Deputy Director, Switzerland Tourism India.

The Grand Train Tour of Switzerland encompasses the country's top attractions and gives tourists an opportunity to explore its unique beauty. As 'The Grand Train Tour' is one of the most important aspects of the promotions for 2018-19, Switzerland Tourism offered a unique experience on Deccan Odyssey to Goa to their suppliers (22) and buyers (34) as a part of the networking program this year.

About Switzerland Tourism: Switzerland Tourism (ST) is a federal public corporation. Its mission, as decreed by a Federal Resolution of 16 December 1994, is to promote Switzerland as a holiday, travel and conference destination both at home and abroad. The Board comprises 13 representatives from the tourism sector, and from business and political circles. Around 220 employees work in Switzerland and in 28 countries. Switzerland Tourism opened its first office in India in 1997 in Mumbai, followed by an office in Delhi in 2000.

Switzerland Tourism works with many organizations and companies, for example, Swiss International Airlines, Swiss Embassies and Consulates and Business Councils. It also invites the representatives and agents of travel and tourism agencies every year to visit Switzerland in different times and seasons; it also invites a group of the representatives of the leading media to see the most famous Swiss tourist landmarks. Tourism in Switzerland occupies rank no. 4 in terms of export revenues following the chemical and metal industries and luxury watch-making industry.