Showing posts from July, 2021
Show All

- July 29, 2021
Discounts and Flexi Payment scheme acts as growth levers for homebuyers by Shrutee K Mumbai, July 2021:  Real estate continues to be the preferred asset class for investment in the wake of the COVID-19 pandemic, but majority of homebuyers want discounts along with flexible payment options as an incentive, according to the  Housing.com  and  NAREDCO  survey. The real estate portal conducted the survey between January to June this year of more than three thousand consumers. According to the survey findings, real estate is the preferred mode of investment for 43 per cent (35% last yr) of respondents, followed by stocks 20 per cent (15% last yr), fixed deposit 19 percent (22% last yr) and gold 18 per cent (28% last y r). "The health crisis has reinforced the importance of home ownership across the world. As a result, the residential real estate market is not only witnessing fresh demand from first time homebuyers but also from a lot of consumers who are upgrading to bigger apartment
Post a Comment
Read more 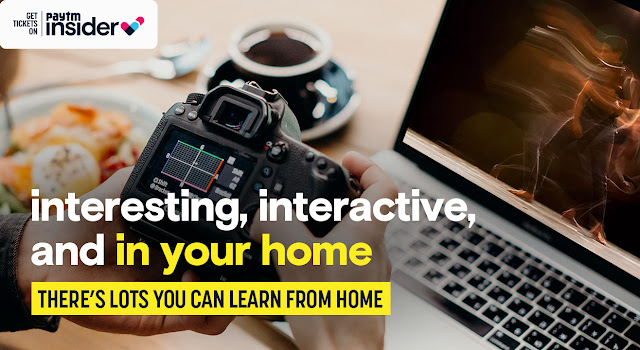 Digital learning coupled with the series of lockdowns has given rise to a multitude of categories in the online workshop format on the platform at a lightning fast pace. by Shrutee K Mumbai, 29 th  July, 2021 : Widespread access to technology and the internet has secured a strong foothold of online workshops on platforms such as Paytm Insider. The format is one of the most significant categories on the ticketing platform, growing exponentially since the past year. Paytm Insider has carved a place for itself in the digital space with its interactive and entertaining event formats. This was evident when the lockdowns induced by  the pandemic witnessed a paradigm shift from offline workshops to online and the platform saw a 60% in crease in digital workshop listings. Leading workshop categories on the platform range from - music & dance, skill development (storytelling & poetry, acting & theatre, writing, digital marketing, content creation, film-making, make-up), hobby and pa
Post a Comment
Read more

- July 27, 2021
Celebrating 74   years of Independence, Tata Housing is offering 74% savings on Stamp Duty with ‘Happy 74’ Campaign across 16 projects in India by Shrutee K  July 2021, National:  Tata Housing Development Company (THDC), one of the leading real estate development companies in India, announced its plan of launching  ‘Happy 74’,  a national campaign celebrating Independence applicable on 16 projects across India. Designed keeping in mind the requirements of homebuyers amid the second wave of the pandemic, ‘ Happy 74’  is an  offer-led Independence month campaign to showcase Tata Housing’s Ready-To-Move-In (RTMI) and under construction apartments across the country.  Applicable for a limited period from  22 nd  July to 30 th  August 2021 , the campaign is being launched to provide financial assistance to homebuyers and enable their dream to independently buy their own home, making Independence Day festivities brighter. The campaign  ‘Happy 74’  will enable homebuyers to celebrate the 74
Post a Comment
Read more

#KaroPooriTaiyaari A Call To Responsible Financial Planning By HDFC Life A series of videos that encourages people to fulfil their responsibilities with  smart financial planning by Shrutee K New Delhi,  July 27, 2021 : HDFC Life, one of India's leading life insurers, as a responsible company has constantly endeavored to create greater awareness about life insurance amongst consumers. Intending to encourage Indians to plan and secure their life’s goals with their superior savings and insurance plans – HDFC Life Sanchay Plus and HDFC Life Sanchay Par Advantage – HDFC Life unveils its new campaign,  #KaroPooriTaiyaari . The campaign stars renowned television actors Manish Raisinghan and Mansi Parekh in the roles of Aditya and Pooja who, along with their two kids, take us through the different savings and returns options available with HDFC Life Sanchay Plans through goals and aspirations.  #KaroPooriTaiyaari  communicates to the audience that life can take an uncertain turn at any po
Post a Comment
Read more 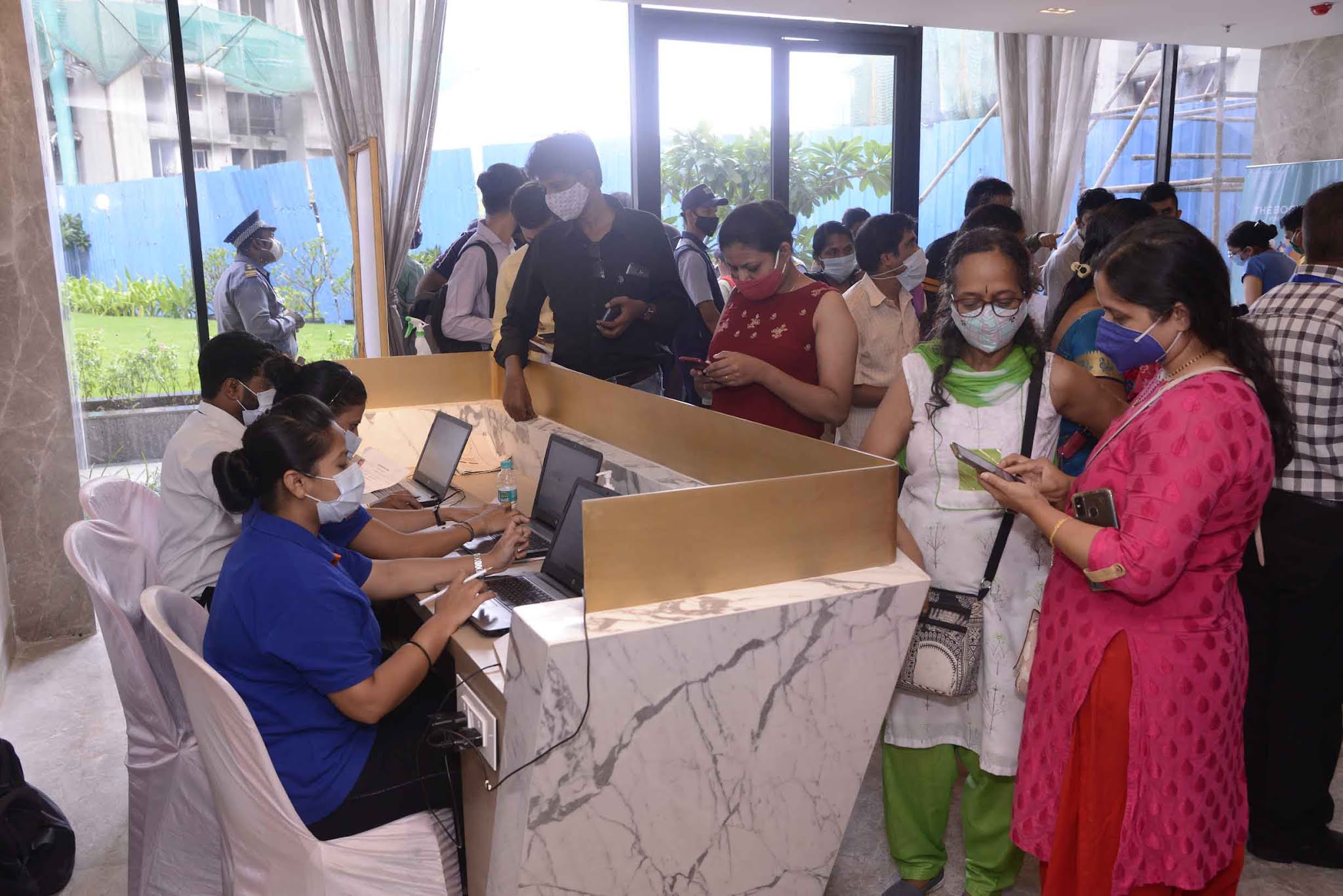 Group collaborated with Jupiter Hospital & Fortis hospital to facilitate the vaccination drive  by Shrutee K July 2021, Mumbai:  Runwal Group, one of country’s most trusted and reputed developer had organized a free vaccination drive across various projects.. During these drives, the company managed to vaccinate over 1500 individuals comprising of the construction workers, channel partners, customers, employees & their respective families. All the individuals were assigned time slots, which helped in carrying out the whole process of the event smoothly and efficiently. The company had collaborated with city’s reputed hospitals i.e. Jupiter Hospital& Fortis Hospital to facilitate the vaccination drive. Commenting on the occasion,  Mr. Saurabh Runwal, Associate Director, Runwal Foundation said,  “At Runwal we value our people, our relationships above all else. It is our privilege to be able to provide for our communities.  The vaccination drive aims to ensure the safety and w
Post a Comment
Read more

Malad-Goregaon has become the most sought after real estate destination 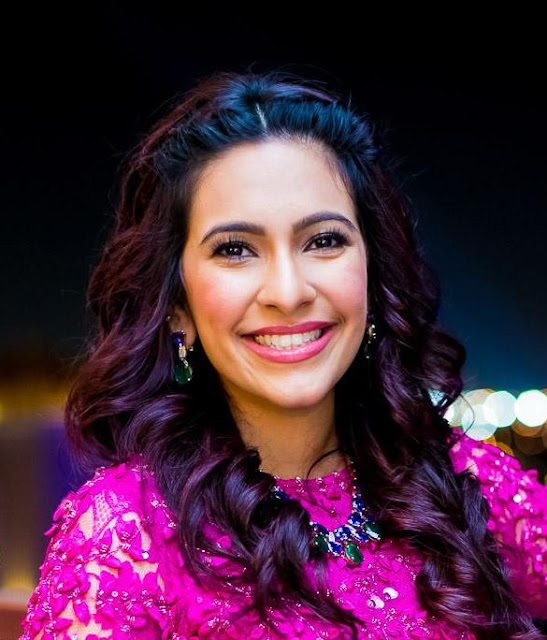 by Shrutee K One of the fastest growing suburbs of Mumbai, the Malad-Goregaon region is situated in the north-west part of the city. From being a sparsely populated outskirt, it has transformed into a vibrant residential, commercial and IT hub owing to the various developments, especially since the turn of the millennium. The 16th century Malad was a cluster of villages known for its serene beaches, churches and temples with an airy, open feel of a laid back life. Until the mid 20th century, trails of creeks and mangroves transect the area. Its popular beaches-- Aksa, Marve, Madh etc -- along with the Madh Fort and Essel World amusement park were ideal settings for film and TV shootings. Additionally, it was recognised for INS Hamla, the training and logistics establishment of the Indian Navy. However, since the latter part of the last century, the area started growing and witnessing good housing demand from the upper and middle-class people. As a result, particularly on the west-side,
Post a Comment
Read more 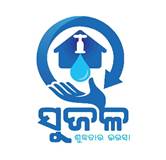 - July 26, 2021
·            More than one million customers and partners worldwide logged in on the company’s website, se.com, are now offered a simplified, personalized, end-to-end experience based on their preferences ·            A customized Single Sign On portal helps customers drive business growth by consolidating their different business services and tools in one location and making their daily operations easy and efficient by Shrutee K Bangalore, India,   26 July, 2021   –  Schneider Electric , the leader in the digital transformation of energy management and automation, achieves a key milestone in offering  a personalized digital experience for logged in customers and partners on se.com. The new all-in-one experience is a result of the digital transformation that aims at delivering best-in-class digital customer journey to improve customer satisfaction and to support their business growth. The design of the new experience started in 2020 and triggered several enhancements and capabilities t
Post a Comment
Read more

Swwapnil Joshi shares some interesting anecdotes related to his digital debut, ‘Samantar’, the sequel and the pressure of changing perceptions with RJ sho sho Shonali by Shrutee K India, 22 nd  July 2021:  Radio City Pune’s decade long evening show ‘Star Katta with RJ Shonali’ hosted versatile actor Swwapnil Joshi talking about his webseries Samaantar 2.  Swwapnil Joshi, known for his romantic roles in Marathi cinema graced the show, sharing interesting facts and anecdotes related to his digital debut, Samantar and its sequel Samantar 2 which significantly helped him break away from the romcom mould, change perceptions and opened up new avenues for him. Swwapnil Joshi opened up the transition in his career as he decided to choose the dark and compelling Samantar for his web debut, the pressure of breaking away from his usual romantic roles, completing the shoot of the sequel during a pandemic as well as the pressure of essaying the challenging role of Kumar Mahajan for the second sea
1 comment
Read more
More posts