Showing posts from June, 2015
Show All

Export-Import Bank of India Extended line of credit of USD 268.35 MN to The Government Of UNITED REPUBLIC OF TANZANIA 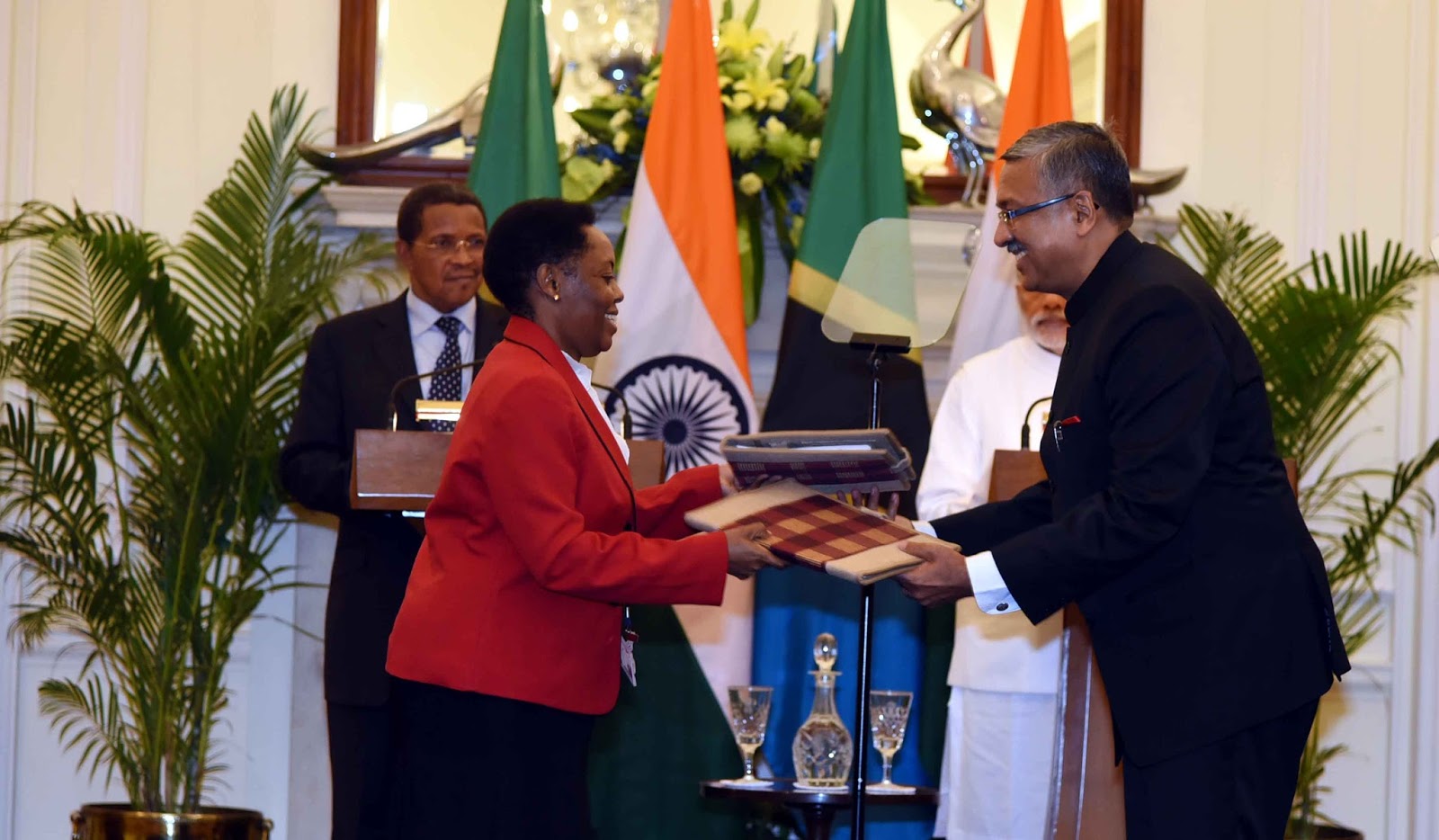 BANKING EXIM BANK EXTENDED LINE OF CREDIT OF USD 268.35 MILLION TO  THE GOVERNMENT OF  THE UNITED REPUBLIC OF TANZANIA by Shrutee K/DNS Mumbai, 26 June 2015:  Export-Import Bank of India (Exim Bank) has, at the behest of the Government of India, extended additional Line of Credit (LOC) to the Government of the United Republic of Tanzania, of USD 268.35 million for financing the extension of Lake Victoria pipeline to Tabora, Igunga and Nzega in Tanzania. The LOC Agreement to this effect was signed in New Delhi on Friday, June 19, 2015, by Mr. Yaduvendra Mathur, Chairman and Managing Director on behalf of Exim Bank and Ms. Dorothy Stanley Mwanyika, Deputy Permanent Secretary, Ministry of Finance, on behalf of the Government of the United Republic of Tanzania, in the presence of Prime Minister of India H.E. Mr. Narendra Modi and the President of Tanzania, H.E. Mr. Jakaya Kikwete. This is the fourth LOC extended by Exim Bank to Tanzania at the behest of the G
Post a Comment
Read more

EDUCATION Magma to offer  50 Scholarships  to UG students   Announces student scholarship scheme “M-Scholar” Invites applications from meritorious students  from low income families by Shrutee K DNS Mumbai, June’2015:    Every year many meritorious students hailing from poor families are forced to discontinue their higher education due to lack of funds. Keeping alive their motto of ‘investing in the smallest dreams’, Magma Fincorp Ltd., a leading NBFC, has come forward to provide financial assistance in form of scholarships to such students under their scheme “M-Scholar”. Students will be selected on the basis of their academic performance and socio-economic background of their families who are unable to support their children to continue studies.   Magma is a committed towards inspiring social change and contributing towards healthcare and education for overall social development. It has been a continuous endeavor of Magma to tak
Post a Comment
Read more 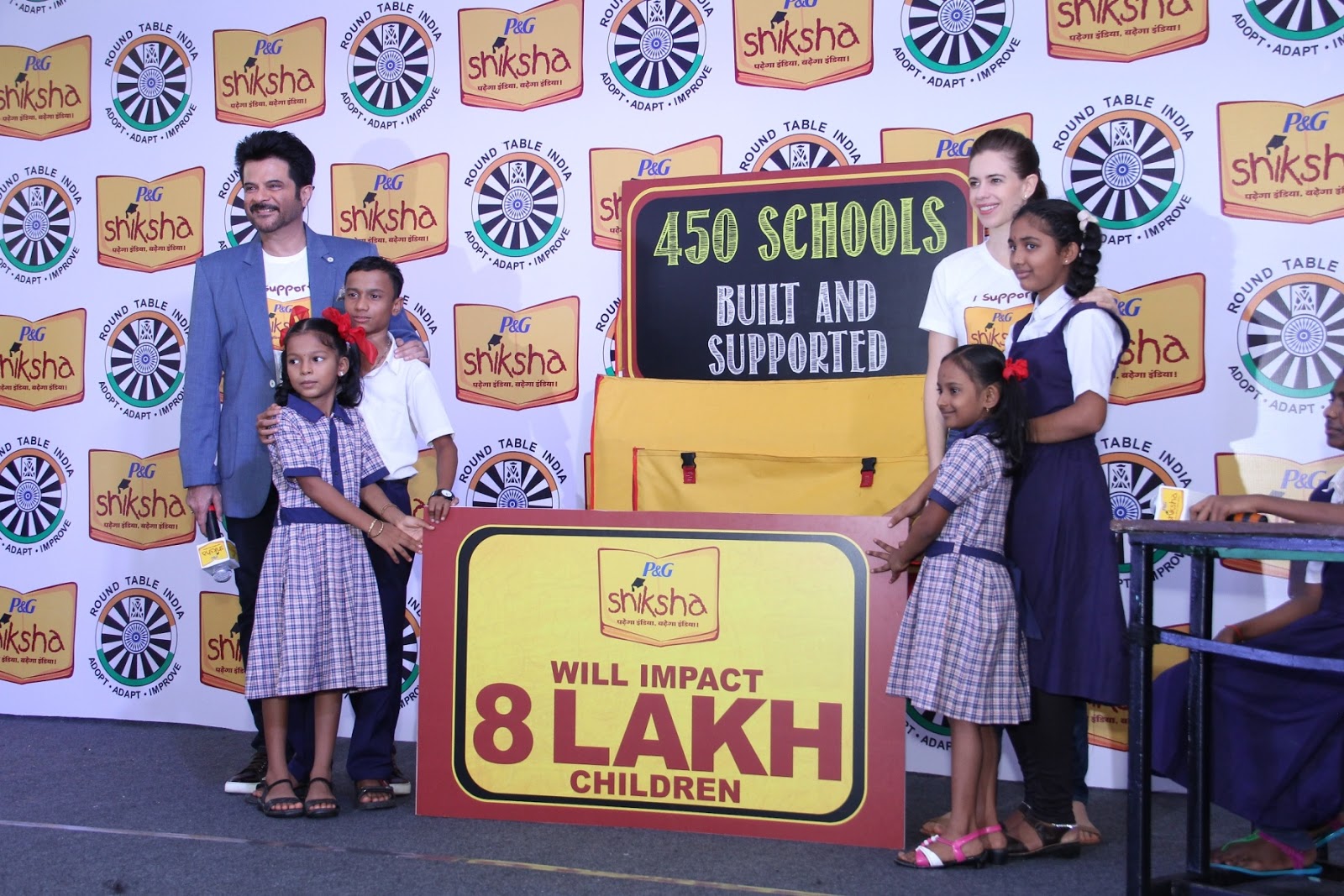 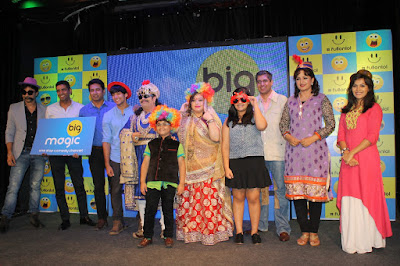 ENTERTAINMENT LAUGH OUT LOUD WITH BIG MAGIC STRATEGIC FOCUS ON  CUTTING EDGE DIFFERENTIATED COMEDY CONTENT by Shrutee K /DNS Mumbai, June 24, 2015: BIG MAGIC , poised to be the ultimate comedy destination from Reliance Broadcast Network Limited  launched a fresh new look and channel identity. The content as part of the renewed strategic vision will be unpredictable, cutting edge, quirky, contemporary, surprising, differentiated, hilarious and entertaining;targeting families, but predominantly the male audience. With original content including a high degree of humour, BIG Magic viewers will enjoy shows in the sitcom, non-fiction space, focused on building iconic characters which are stand out, quirky and funny. The content offered will be platform agnostic with a large play in the digital and mobile medium. The logo unveiling saw the presence of popular BIG Magic stars namely Kiku Sharda aka Akbar and Delnaaz I
Post a Comment
Read more 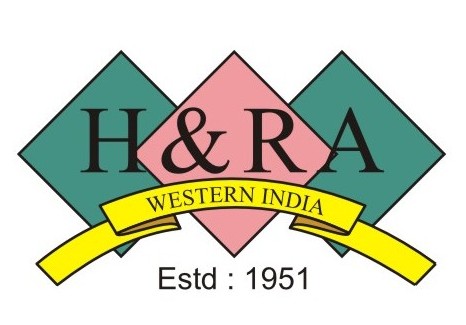 INDUSTRY                FBO'S in favour of Health Ministry's Proposal to Revamp the Food Regulatory Structure  by Shrutee K / DNS  Mumbai:  The Hotel and Restaurant Association Western India (HRAWI) has backed the Health Ministry’s proposal to the Union Cabinet for revamping the food regulatory structure in the country. In a recent communication, the association has asked its members to be fully co-operative with the Food Safety and Standards Authority of India (FSSAI) and expedite completing the process of seeking conversions and renewals for existing license or registration. The health Ministry has sent a Rs 1,700-crore proposal to the Union Cabinet for a major overhaul of the food regulatory structure. The objectives of the proposal are to strengthen the states’ inspection apparatus, bolster the FSSAI’s manpower, give the FSSAI more powers and ensure that the authority has access to state-of-the-art technology.
Post a Comment
Read more

Volkswagen announces the launch of the new Vento available in India 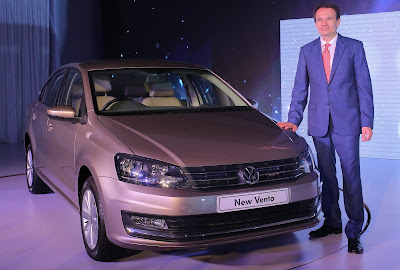 AUTOMOBILES Volkswagen launches  the dynamic exciting  new  Vento  for  the  Indian market           by Shrutee K /DNS New Delhi, June 23, 2015:  Volkswagen, Europe’s largest car maker, announces the launch of the new Vento, one of the most refined, well-built, safe and technologically advanced sedans available in India. To suit a wide range of requirements and driving preferences, the new Vento is available with a range of four-cylinder engines - 1.6 MPI, 1.2 TSI and 1.5 TDI power plants, all of which offer an excellent blend of power, performance and fuel economy.  Safety is of paramount importance for Volkswagen, and the new Vento comes fitted with ABS (in Comfortline & Highline), ESP & Hill-hold function (in DSG variants) and dual front air-bags as standard in all the variants. The new Vento’s 1.5-litre four-cylinder TDI turbo-diesel engine produces 105 PS of power and 250Nm of torque, which provides impressive on-road performan
Post a Comment
Read more 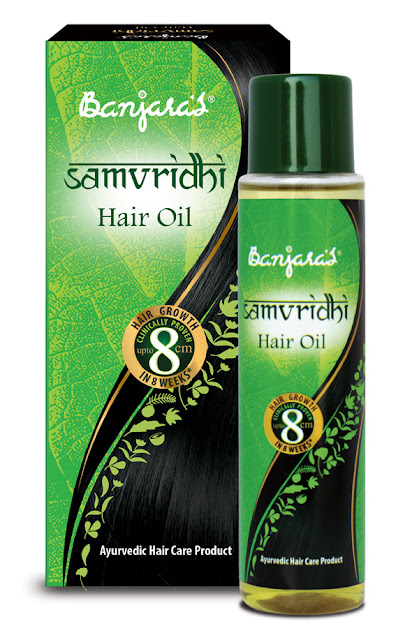 LIFESTYLE /PRODUCT LAUNCH Banjara's launches  new range of Ayurvedic " Samvridhi  Hair Oil "   by Shrutee K / DNS Hyderabad: Banjara’s, popularly known for their natural products, has launched its new range of Ayurvedic hair oil “Samvridhi ”. Banjara’s Samvridhi Hair Oil is a unique blend of 8 vital hair care herbs and three herbal oils that is clinically tested and proven to reduce hair fall by 64% and promote hair growth upto 8cm in eight weeks usage. Popular actress Tamannaah has been roped in as the Brand Ambassador for Banjara’s Samvridhi. “I’m a staunch believer of Ayurveda for my well-being and am happy to be associated with Banjaras Samvridhi hair oil as it is natural and very effective” said actress Tamannaah.  “At Banjara’s, our endeavor has always been to create a strong community of users of herbal & natural products across the globe and we are happy to introduce Samvridhi Hair Oil with Tamannaah” said Mr Ramesh Vish
3 comments
Read more
More posts