Showing posts from May, 2016
Show All

Aabha Collection, that celebrates woman every day by WHP Jewellers

by Shrutee K/DNS WHP Jewellers once again reignites the spark with ‘Aabha’, a radiant collection of diamond jewellery set in rose gold. Starting from Rs.20,000, the collection differentiates itself from the stereotype with 18 unique designs of mixed metal to get spoiled with that reinvents the feel of wearing gold every day. ‘Aabha’ simply means radiance or light, and this collection brings with it a promise to add light to your persona. The stunning infinity shaped creations signify the karmic cycle and is thus an ideal work wear pick for the much evolved modern Indian woman.  Like a friend it won’t just accompany you throughout the week, but also have your back you at work like a perfect companion. For a woman who empowers her home as well as workplace with her Aabha, this collection is a must have and could be also an apt gift to that woman of your life.  The range is available @  www.whp.net.in  as well as across 21 WHP jewellers outlet. WHP Jewellers   Address- Cosmo
Post a Comment
Read more 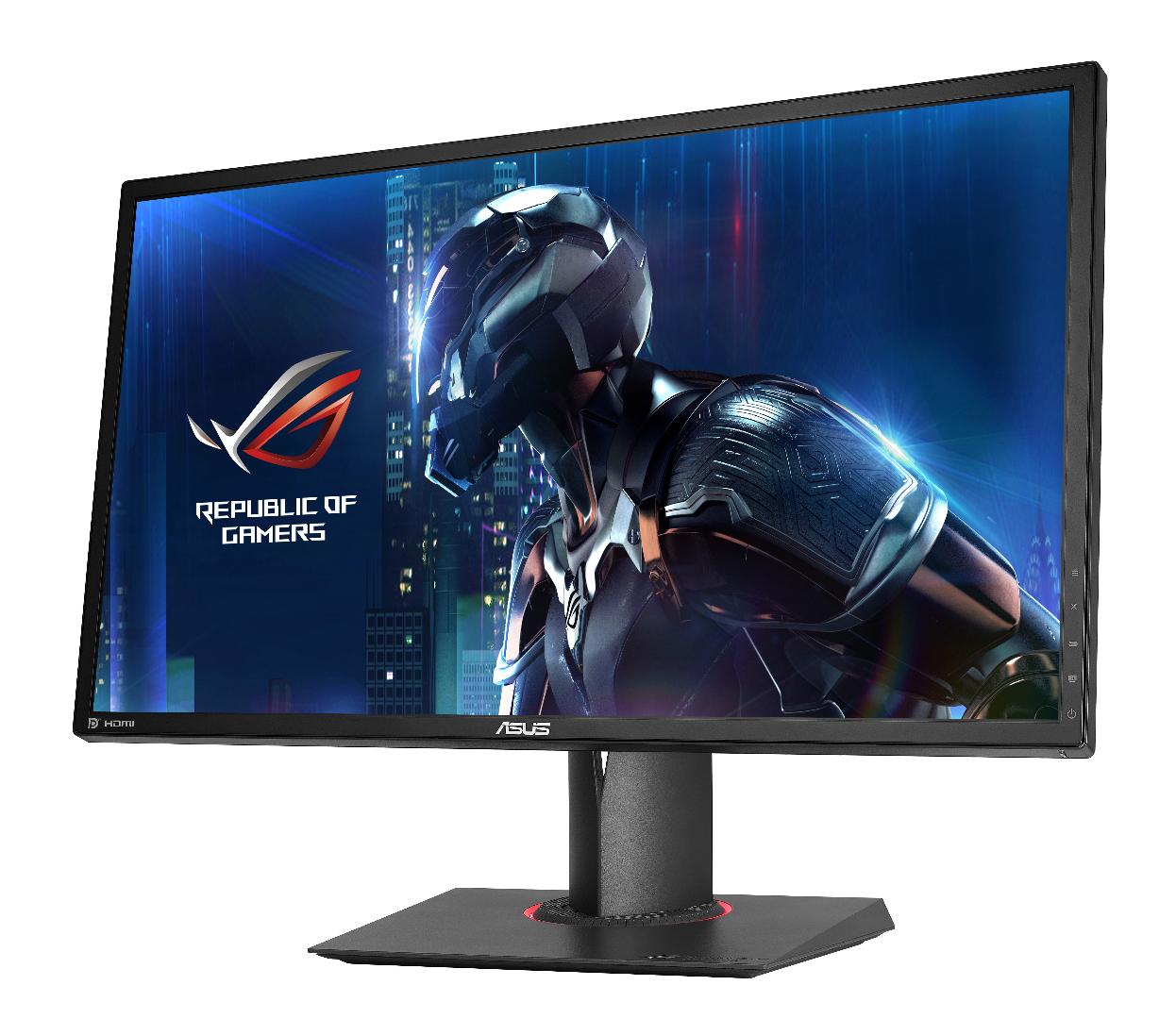 - May 31, 2016
by Shrutee K/DNS Mumbai, May 31:  Plenty is at stake as there is a hike in the prize-money for the winners and runners-up of the MHAL (Mumbai Hockey Association Limited) conducted PMC-Bank 12 th  Guru Tegh Bahadur All-India Gold Cup Hockey Championship – 2016, which is scheduled to commence at the MHAL-Mahindra Stadium, Churchgate from Wednesday. The MHAL Executive Managing Committee has decided to offer a cash prize of Rs 2 lakhs (last year Rs 1.5 lakhs) to the winning team and Rs 1 lakh (last year Rs 75,000) to the runners-up. Besides the top two prizes, there will also be individual awards for the Best goalkeeper, defender and forward and the ‘Player of the final’; they all would receive a cash prize of Rs 5,000 each. The organizers would also present a ‘Man of the match’ award of Rs 1,000 for every match up to the semi-finals. The MHAL Committee has also decided to felicitate the Mumbai lads who recently emerged champions in the 6 th  Hockey India Junior National Championshi
Post a Comment
Read more

Renowned Indian and global brands to showcase at OSH Chennai 2016

South India's only occupational health and safety trade show by UBM India by Shrutee K/DNS  Chennai,May, 2016: UBM India announced the launch of the 3rd edition of Occupational Safety & Health (OSH) India in Chennai. Slated for the 9 th  and 10 th  June 2016 at the Chennai Trade Centre,  the expo aims to bring together renowned Indian and International exhibitors, consultants, business experts and key government officials on an industry platform to exchange global best practices and seek solutions for challenges pertaining to workplace safety and health.  The expo is supported by Gujarat Safety Council and Indian Technical Textile Association. OSH Chennai 2016 , in addition to giving an opportunity to   health and safety suppliers and service providers from across the world to showcase their innovations and knowledge amidst an industry landscape of vastly untapped India market, will feature a two day conference to drive occupational safety and health as a priority
1 comment
Read more 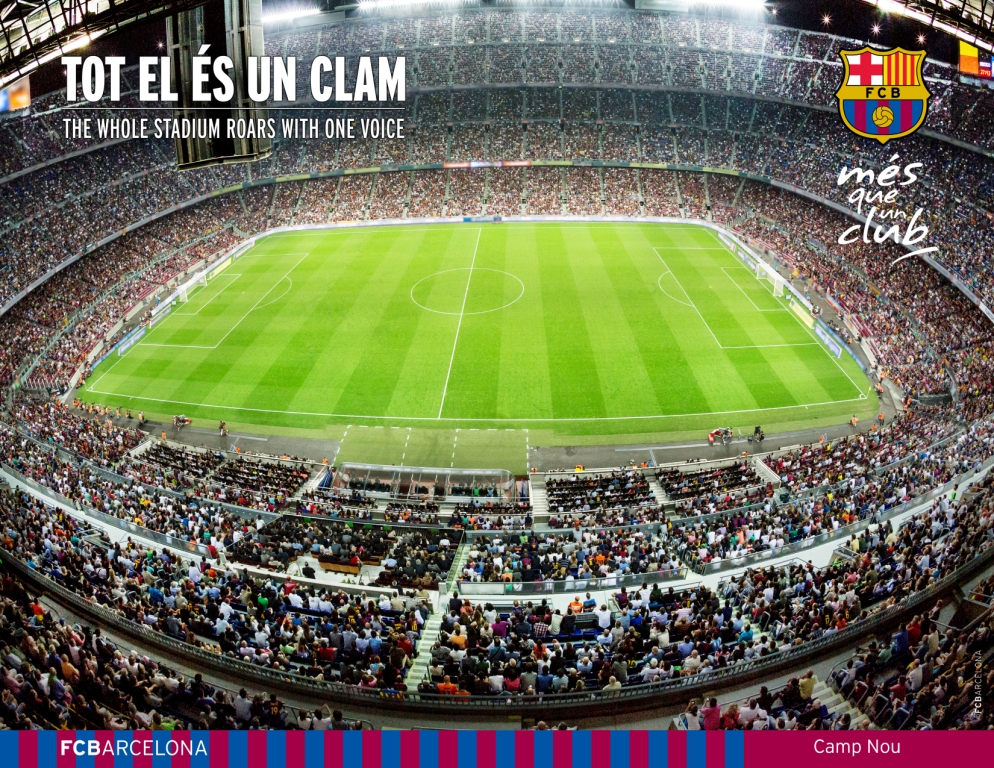 by Shrutee K/DNS Marshalls , India’s number one wallcovering company, has launched the country’s first signature wallcoverings on FC Barcelona, the popular football club based in Barcelona, Catalonia, Spain. Marshalls has tied-up with FC Barcelona to launch this new wallcovering collection, which pays special tribute to all football lovers across the globe and especially the fans of Barca. These wallcoverings can be used across varied spaces be it homes, offices, hotels, sports bars or clubs. The FC Barcelona collection offers a diverse range of designs ranging from the images of  Barca’s legendary players to that of the club’s official jersey and logo, the FC Barcelona stadium and much more! Moreover, the wallcoverings can be customized for those looking at having specific designs. So all you need to do is, measure the exact size and select your design to create that perfect space. The use and blend of Barca’s official colours - blue and scarlet gi
Post a Comment
Read more

Landmarc Films gearing up to be ‘Vazandar’ 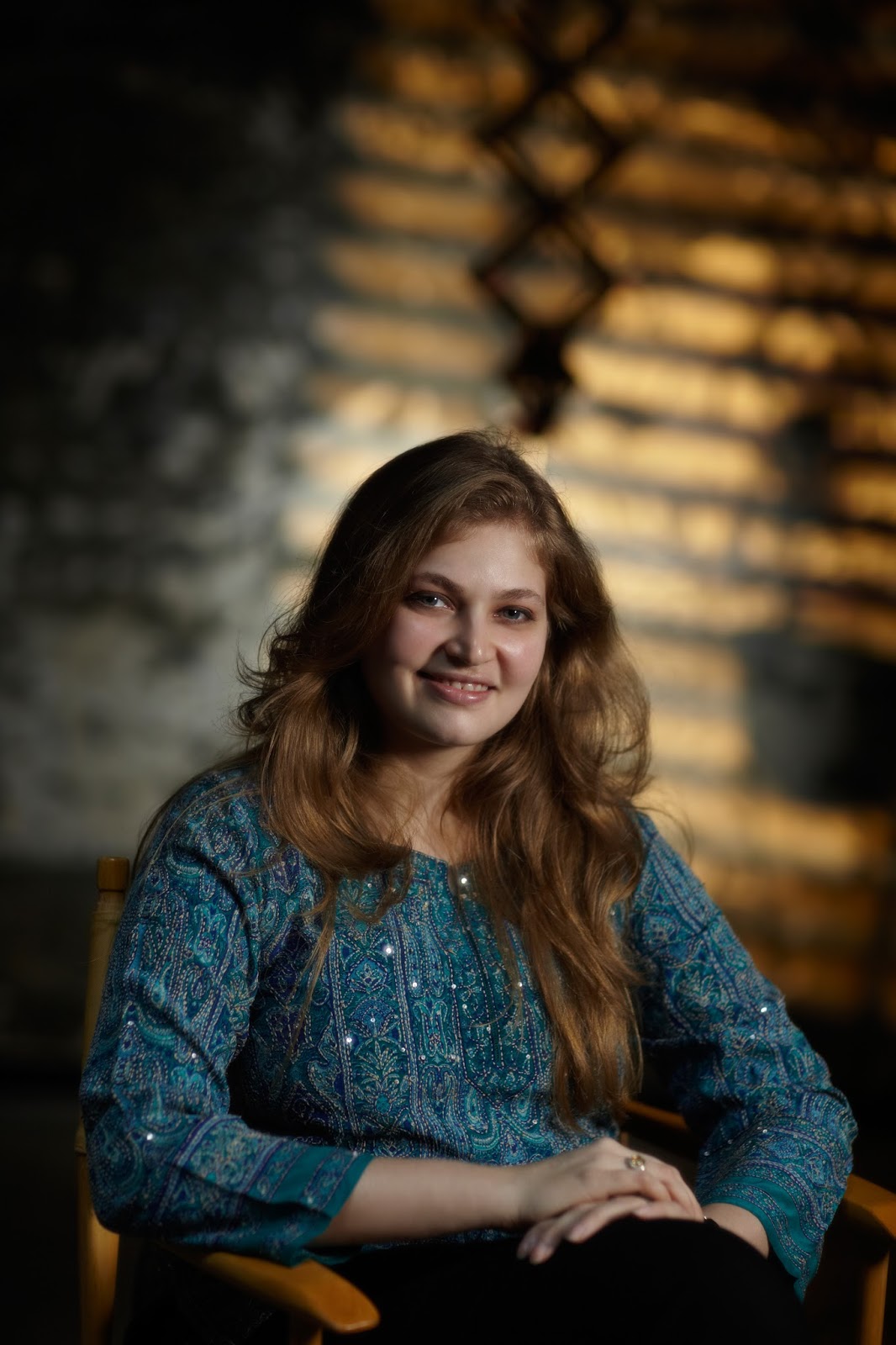 by Shrutee K/DNS An upward journey which started as being an Assistant Director on the Hindi film 'Vivah' in 2006 finally reached being the Producer of a Marathi film in 2014, such is the story of Landmarc Films' Vidhi Kasliwal. After writing and directing Rajshri's ‘Isi Life Mein...!’ a Hindi feature film in 2010, she produced the Marathi film ‘Sanngto Aika...!’. It was indeed a 'landmarc' having a stellar ensemble cast which included the all rounder Sachin Pilgaonkar, helmed by the talented director Satish Rajwade. It was a complete package with a superb star cast, great humour, a thought provoking subject and awesome direction. And credit for the same goes to Landmarc Films.  Next Vidhi Kasliwal is getting all set to launch her new venture... ‘Vazandar’ with another exciting subject and an equally talented star cast. Director Sachin Kundalkar, well known for dealing with unique topics in his films, has come up with yet another compelling sto
Post a Comment
Read more 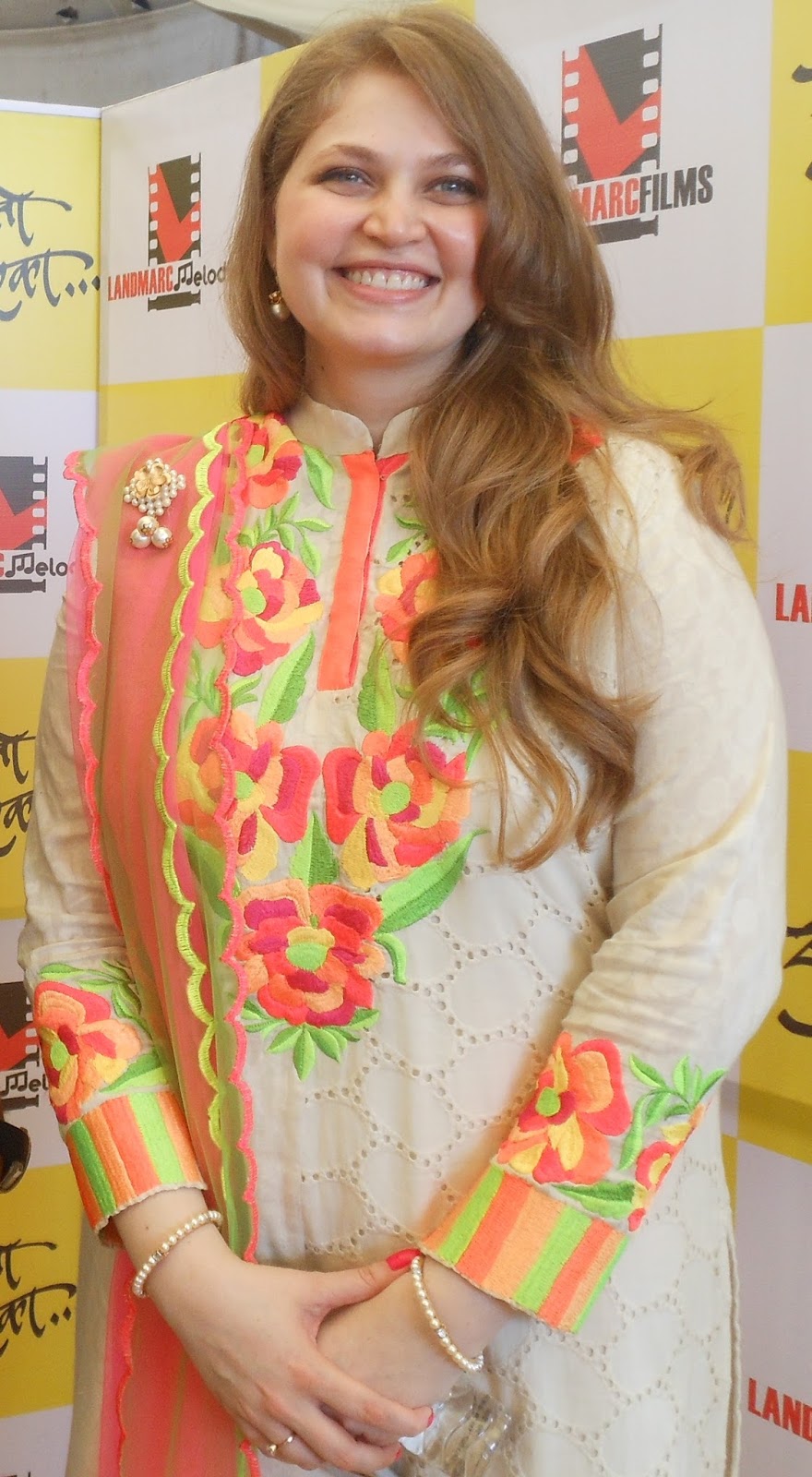 by Shrutee K/DNS Vidhi Kasliwal and Landmarc Films have become a name to reckon within both, the Hindi and Marathi film industry. She has come up the hard way starting her career as an Assistant Director and then turned Director with Bollywood film ‘Isi Life Mein…!’. Having garnered so much knowledge and experience through her extensive work, she produced her first Marathi film ‘ Sanngto Aika… ! ’ in 2014,which was a ‘landmarc’. The film starred the evergreen Sachin Pilgaonkar and hit the right chord with the audience. Two years after their maiden venture, Landmarc Films and Vidhi Kasliwal are back with yet another treat for Marathi film lovers –‘Vazandar’,written and directed by Sachin Kundalkar. Both Vidhi and Sachin are big in their own right and have come together for the first time to bring something special and heartfelt for the audience. Commenting on the film Producer Vidhi Kasliwal says, “I’ve admired Sachin’s work and the way he deals with varied subjects. So wh
Post a Comment
Read more

by Shrutee K/DNS CRISIL believes a raft of recent developments – such as a conducive macro-economic milieu, elevated stress at public sector banks, the imperatives of financing large infrastructure build-outs, favourable regulations, ongoing innovations in bond structures, and the Insolvency and Bankruptcy Code, 2016 – are all positives for India’s corporate bond market.  A sharp fall in profitability has diminished the ability of public sector banks to generate capital from internal accrual, while weak operational performance, driven by a surfeit of non-performing assets (NPAs), has made it difficult for them to raise money from the capital market. Additionally, higher provisioning has weakened their ability to offer competitive interest rates, and if credit demand grows faster, their capital needs will be even higher.  Then there are the imperatives of growth. CRISIL estimates India will need Rs 43 lakh crore (~$650 billion) for infrastructure build-out over five fisca
1 comment
Read more

Top 5 things to do in Sri Lanka during the monsoon 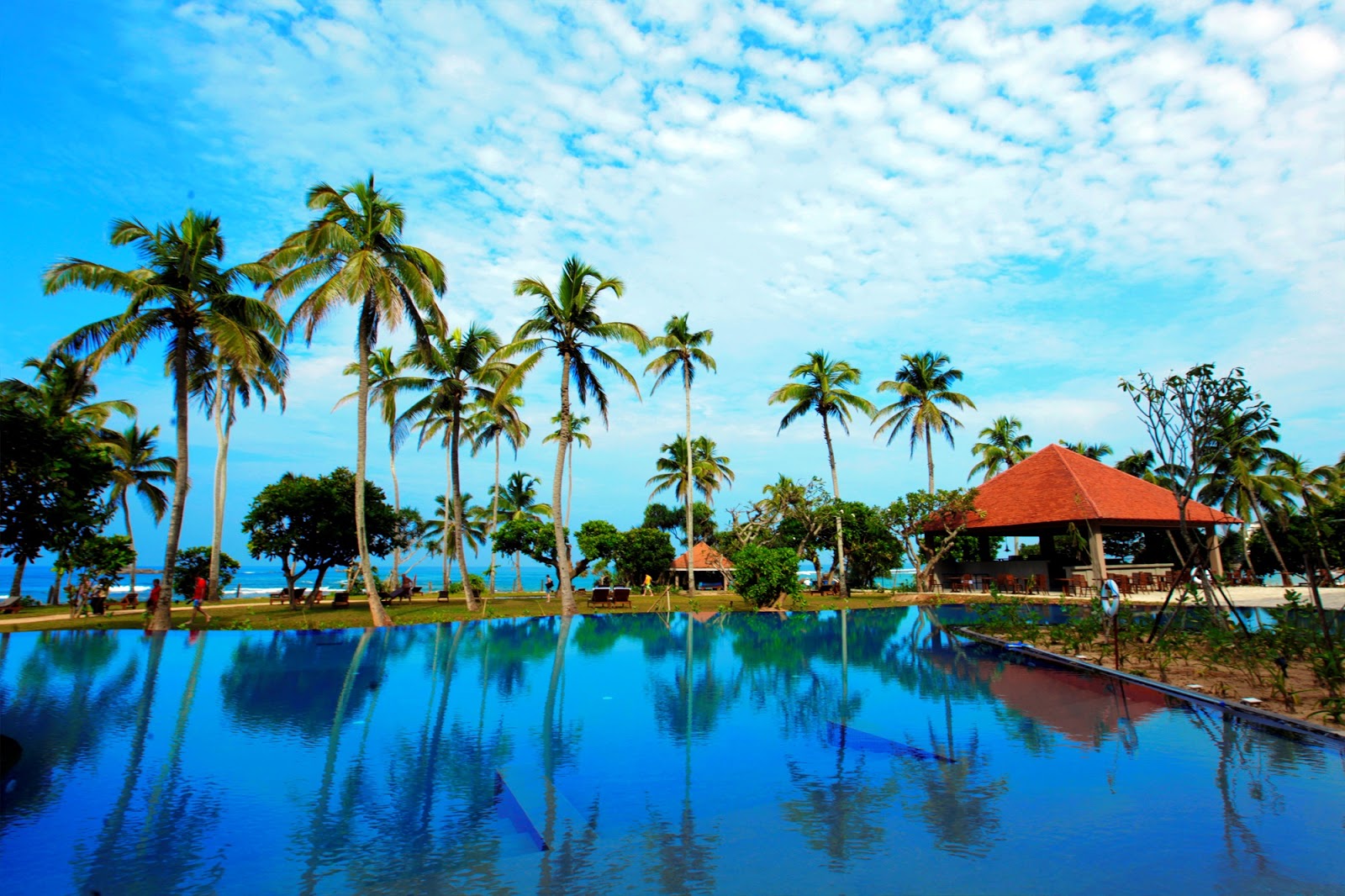 by Shrutee K/DNS India :  Monsoons are on their way in and most of you who did not take a summer break must be craving for one.  Take a trip down south and explore the best of Sri Lanka during this time of the year. Listed below are a number of things you can do during this season. Head to Trincomalee in the North Eastern Coast for a blissful almost rain-free experience. TrincoBlu by Cinnamon offers   snorkeling   trips to Pigeon Island. They also offer   whale watching   experiences where one can spot dolphins, sperm whales, and the mighty serene blue whale. For those who are history and culture buffs, a visit to the Swami Rock and Konneshwaram Temple is a must. Halfway between Colombo and the hills of central Sri Lanka, is situated the Pinnawala   Elephant Orphanage   which also doubles up as a nursery and breeding ground for Asian elephants. Be there on time to help feed the baby elephants in the morning and afternoons with large feeding bottles or you can watch them as the
Post a Comment
Read more 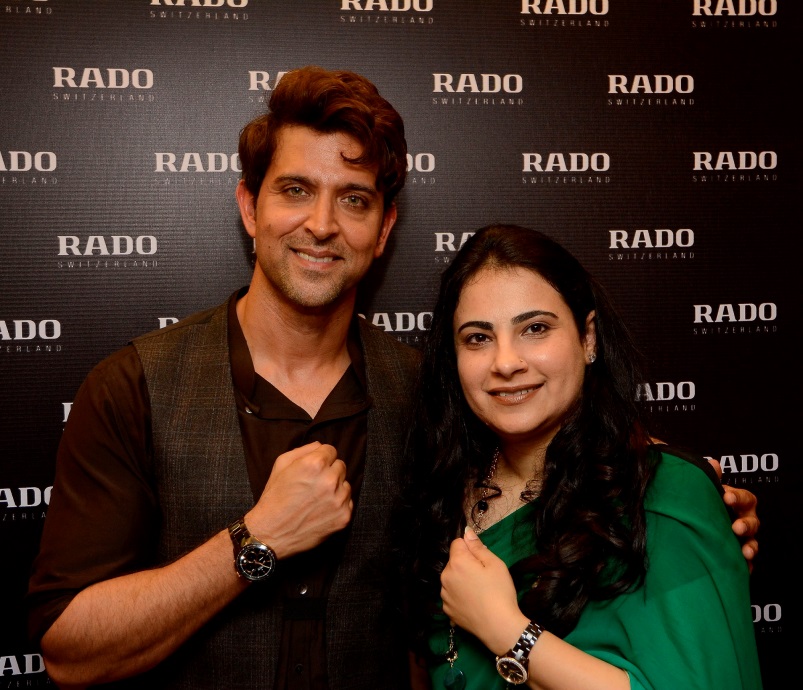 by Shrutee K/DNS Mumbai :   Rado, the Swiss watch brand known for its innovative use of design and materials, officially introduced its chocolate brown high-tech ceramic collection at the Rado boutique in Mumbai today. Marking the second anniversary of the boutique, the new line of watches was launched by Rado brand ambassador and beloved Bollywood star Hrithik Roshan. Rado is proud to add a new colour to its growing spectrum of high-tech ceramic: chocolate brown. The new colour mirrors subtle changes in light from a light, sweet brown to a range of dark, rich chocolate hues. Chocolate brown is remarkably easy to wear, complementing warm, earthy colours in a wide range of styles from evening attire to casual sportswear. Commenting on the launch, brand ambassador Hrithik Roshan stated, “Rado is known for watches par excellence and yet again they have surprised me with this delicious chocolate brown high-tech ceramic collection. In the international fashion space, brown is
Post a Comment
Read more

Nayan Chatterjee fights back with a podium finish in Malaysia 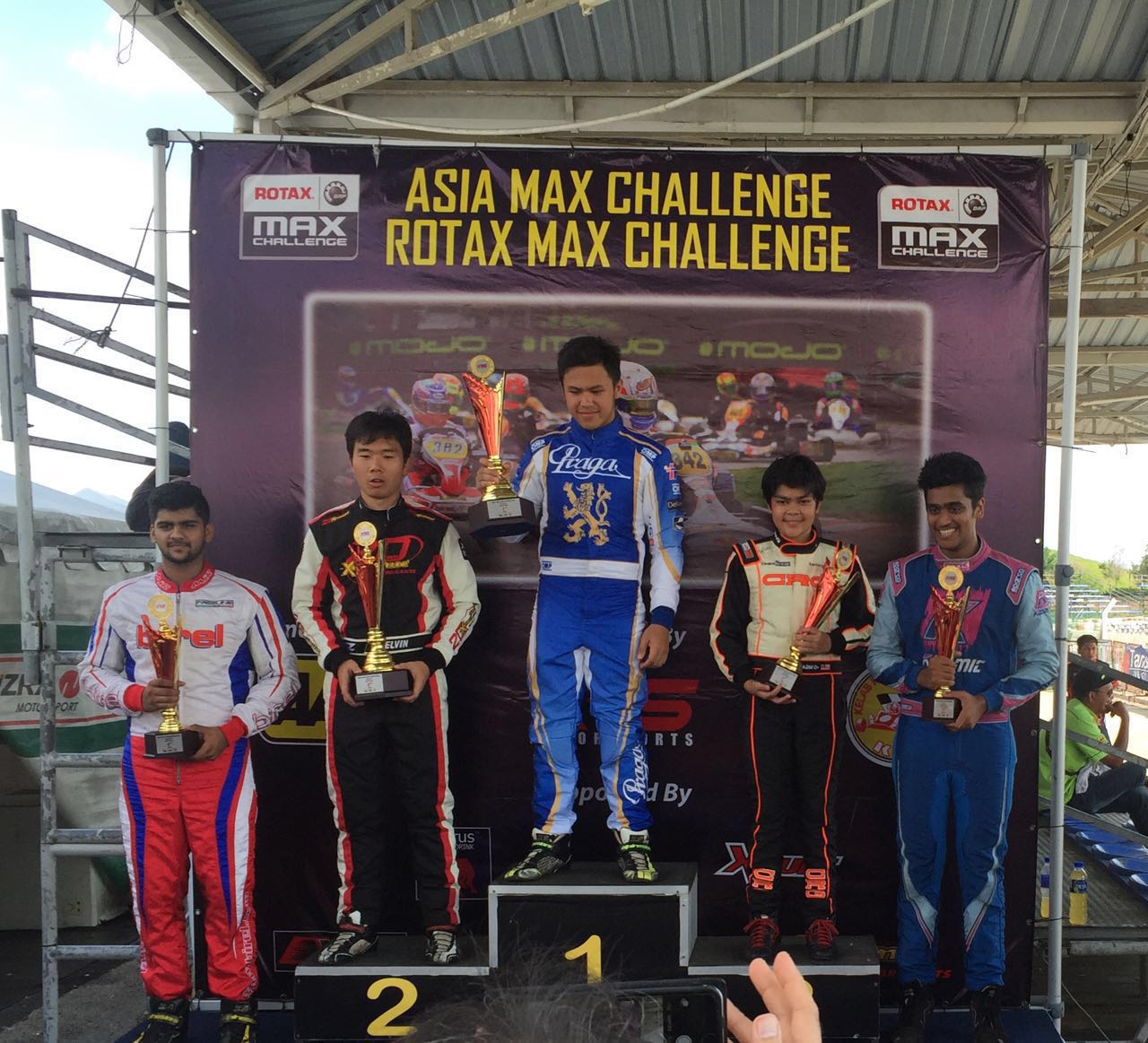 by Shrutee K/DNS Mumbai, May 29, 2016 : India’s racing sensation 18-year-old Nayan Chatterjee – achieved podium finish in the round 4 of the KRS-KKS Asia Rotax Max challenge 2016 held in Malaysia today.  Nayan was in a bit of a spot since yesterday due to a crash in the heat 2. The accident, however, damaged his chassis, which was changed today to an old chassis. Nayan began the pre-finals on 14 th position. Despite a crash and machine problems, the young racer finished 5 th  in the crucial KRS-KKS Asia Rotax Max challenge 2016 held in Malaysia. Despite an old chassis, the Indian champion romped back with a podium finish. The whole of Friday and Saturday he struggled due to a power valve malfunction. Hence the pace was not the optimum. However, the young competitive racer fought like a real champion. Showing grit and endurance, he maintained high speed till the end to finish at the 5 th   position.  “This was by far the most difficult race for me. It’s been a tough weeken
Post a Comment
Read more

The Resort, Madh-Marve, draws out X Commandments for Water Saving

by Shrutee K/DNS Mumbai, 30 th  May, 2016…  As the water crisis worsens, The Resort, Madh-Marve has drawn up X Commandments which the hotel and its staff have committed to follow at the hotel. Designed as best practices and must-do’s, these are critical steps to curb water wastage and ensure optimal re-use .  Not restricting only to the staff, the Hotel extends the same along with their hospitality to discerning guests, to play their role in water saving. The team at The Resort, Madh-Marve which had already made several amendments in early February, has now drawn up a list of X Commandments, which are an outcome of brainstorming and discussion across multiple departments at the hotel. The agenda was simple, with each personnel being asked to ponder over a simple question – how can your department save or re-use water, without inconveniencing our guests. What emerged were executable initiatives, which when put together lead to a sizeable water amount of water saving. The X Comm
Post a Comment
Read more
More posts