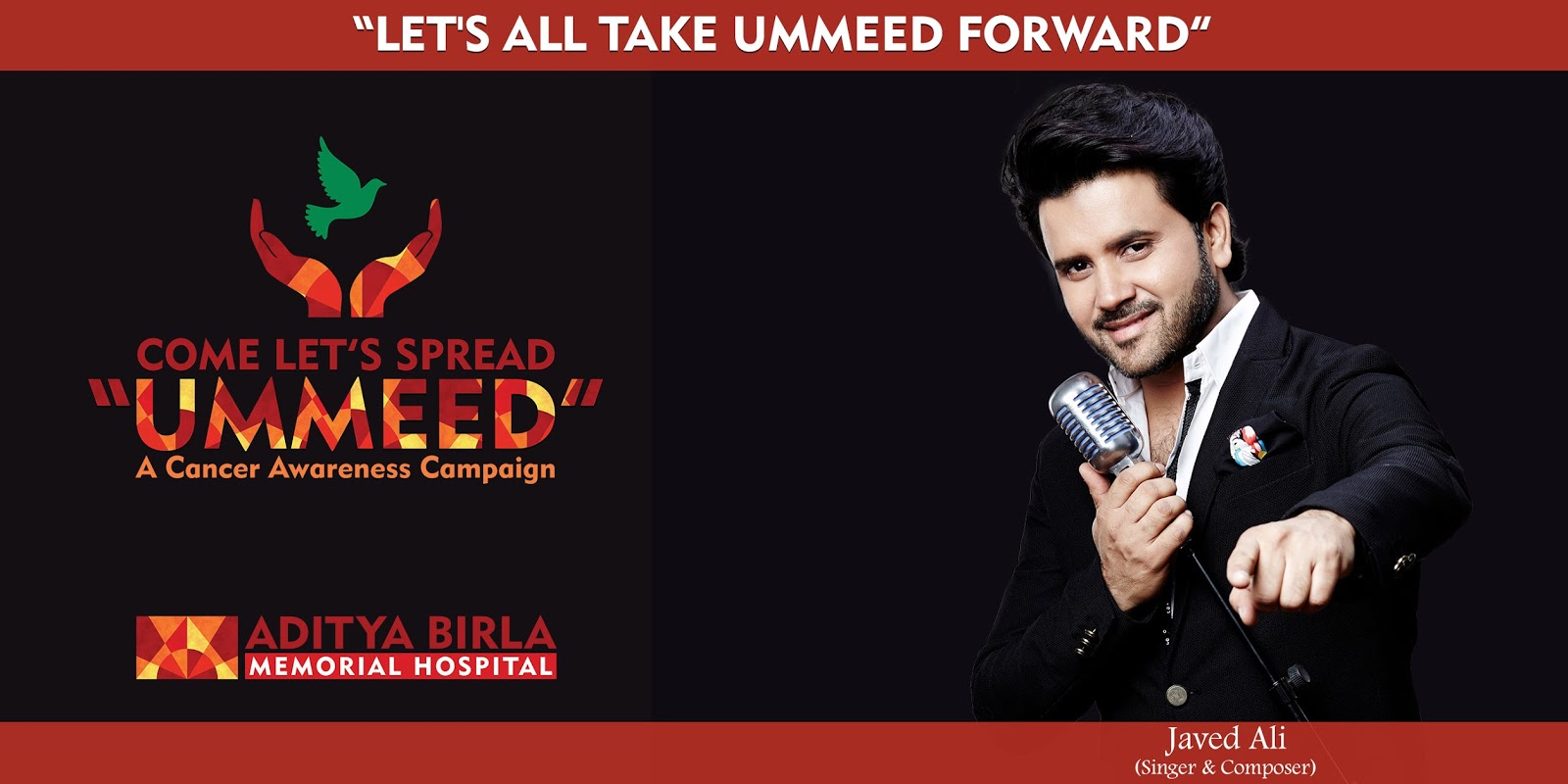 by Shrutee K/DNS
Mumbai : Bollywood singer Javed Ali marks his music directorial debut with a campaign for cancer awareness by Aditya Birla Memorial Hospital. The campaign named ‘Ummeed’ is conveyed musically through a video portraying the journey of a cancer patient and his fight against the disease.
Javed Ali is famous for his playback singing in various famous songs including Jashn-e-Bahaara from Jodha Akbar, Kun Faya Jun from Rockstar and Guzarish from Ghajni, amongst others.
The music for the campaign Ummeed has not only been directed by Javed Ali, but has also been sung by the versatile singer.
The campaign intends to create awareness and helps cancer affected patients understand that cancer in many cases is curable if detected early, and clears the misconceptions of the life threatening disease.
The campaign is Mrs. Rajshree Birla’s vision and the awareness drives to a pan India level to help people from the remotest areas to get access to the latest cancer diagnosis and treatment facilities at Aditya Birla Memorial Hospital, located in Pune.
Ecstatic with the response, Javed Ali says, “I chose to make my music directorial debut with Ummeed because the cause is very dear to me. The lyrics touched me deeply and the cause motivated me to be an integral part of the campaign.”
“It is an emotionally beautiful song and is shot aesthetically. It aims at creating hope for the cancer affected patients.” says Shahnawaz Ali, writer and director of the song. The song distributed worldwide by Sony DADC India Music, was launched on 7th July, 2017 in the digital space.
Link: https://www.youtube.com/watch?v=U65Xh6d0ijQ
About Aditya Birla Memorial Hospital: Aditya Birla Memorial Hospital is a multi-speciality tertiary hospital located at Pimpri-Chinchwad, Pune in the western Indian state of Maharashtra. It is Maharashtra's First Joint Commission International (JCI) and National Accreditations Board for Hospital (NABH) accredited hospital, and also India's First HACCP and ISO: 22000:2005 certified hospital.