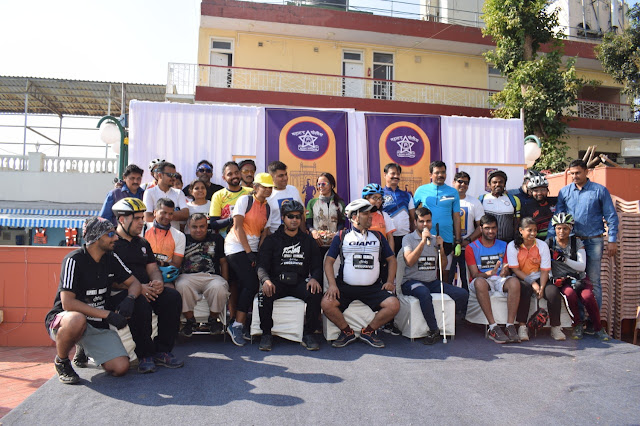 
Mumbai 4th February: Maharashtra Police took a positive step towards strengthening bonds between Maharashtra Cycling Community and Maharashtra Police by organizing "Ride2Rise", a bicycle kickoff ride on 2nd February in the lead up to the Maharashtra Police International Marathon (MPIM) which is scheduled to be held on 9th February.   The event was designed for youth engagement and better police-public interface which was asked in the DGs/IGs conference and also to be associated with Fit India Movement as a catalyst of it. 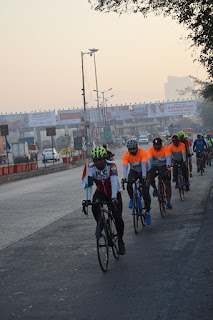 Ride2Rise was spearheaded by Bicycle Ride Partner Mr. Abdul Rab Kazi (Founder & Admin of Maharashtra Cycling Community) along with Dr Vivek Kakkar (Founder of We-Wake.com) and Ms Firoza Suresh (Bicycle Mayor Mumbai),  under the direct guidance of Shri Krishna Prakashji, (Spl. I.G.P. (Admn.), Maharashtra State). The get-together at the finish point was also attended by Shri Bajrang Bansode (AIG (Operations), Maharashtra State), who addressed the crowd in impeccable Marathi 500 participants rode from Mumbai, Panvel, Thane, Kalyan & Mira-Bhyander sporting the India Flag and MPIM flags, converging at Bombay Presidency Radio Club, Colaba with some cyclists covering a distance of approximately 150 km (to & fro), cycling through all the major portions of Mumbai city.  The Ride also saw 10 visually impaired participants riding on tandem cycles guided by their pilots to spread the message. The idea behind having visually impaired participants was to showcase that the police are the pilots of the society, working in tandem with the public and striving to build a society based on Trust, Service, Commitment, Safety, Security, Unity & Harmony.
Shri Krishna Prakash addressed the participants with motivating shayaries and poems which was highly appreciated by all. He further encouraged them to aspire and attempt Duathlon Races (Running + Cycling) and Triathlon Races (Running + Cycling + Swimming) across the World. The dream is to have a fleet of Triathletes representing India on the Global Map of Ironman/ Ultraman events.